Roma ended their losing streak on Thursday after their 1-0 win over gent in the Europa League round of 32 thanks to a Carles Perez goal that’s proved to be the difference as Roma take a lead into the second leg. Prior to Thursday night Roma had lost three consecutive matches against Atalanta, bologna, and Sassuolo as we saw their Champions League Ambitions slip out of their hands as they are now six points from 4th Place. Roma still has a losing streak in the league and they look to change that this weekend. On Saturday afternoon they face Lecce for the second time this season at home at the Stadio Olimpico. Lecce played them tough during the first meeting between these two teams. It took an Edin dzeko second-half goal to be the difference between the three points in there are earlier meeting. Roma have an opportunity to complete a season sweep Lecce is a team that is in great form right now and will give Roma one hell of a game with the potential to challenge then. With Roma finally having won a game they will have more confidence then the previous weeks as they will go into this game a slight favorites despite how well the opposition is play. Roma want to give themselves and opportunity to try to make up ground in the Champions League race. will we see Roma keep it going as they look to snap their losing streak in the league or will leche go into Rome and figure out a way to upset the favored Romans we will find all that and more when these two teams and go to battle on a Sunday afternoon in the Eternal City. 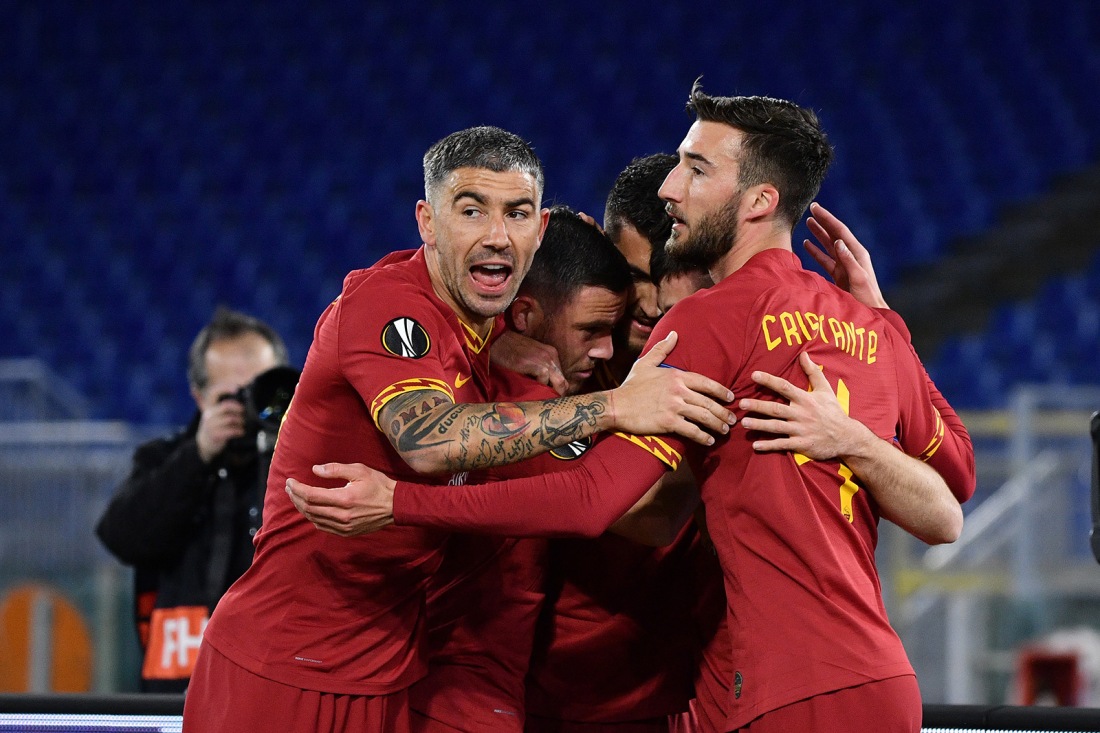 There has been some talk potentially of Roma changing their formation after the struggles they had faced over the previous several weeks.. After Roma picked up a victory in the Europa this week they finally have a little bit more confidence. Paulo Fonseca should still explore making a formation change if he feels like it would be to their advantage. Although I think we should expect Roman to line up out of the 4-2-3-1 formation ahead of this match. In goal as always we should see Pau Lopez as the Spaniards continues to be the number one this season. At left-back we should expect to see Alex Kolarov make another start. Beside him we are likely to see the return of the center back partnership of Gianluca Mancini and Chris Smalling operating at right back is likely to be Leonardo Spinazzola this makes out the defense. In the defensive Midfield we should see the duo of Bryan Cristante and Jordan Veretout as Diawara continues to deal with his injury. I think a change is an order in the attacking Midfield. In the central position typically Lorenzo Pellegrini was the starter but I think he should be dropped for this game because of his lack of performance coming in for him should be Hendrick Mkhitaryan. On the left-wing we should see Justin kluivert return it to the starting lineup. On the opposite side on the right wing big hero from Thursday night’s win Carles Perez should be given another start after displaying his quality on Thursday. Then up front as the main Striker will be Edin Dzeko. Roma will have options Off the Bench with Federico Fazio, Gonzalo Villar, and Lorenzo Pellegrini.

Lecce typically lineup out of the 4-3-1-2 formation it has worked the last several weeks as they are heating up at exactly the right time as they try to move away from the relegation Zone. In goal should be Vigorito. The backline is likely to consist of Marco calderoni, Lucoini, Rossettini & Donati. In the attacking Midfield we should see make Dillon & Barak. In the centerfold position resting and just beneath the strikers the team’s best player Marco Mancosu. Been up front as the strike partnership we should Gianluca lapadula alongside Falcao. This team is playing some really fabulous football at the moment and look to keep this thing going at the stadio olimpico against Roma. Marco Mancosu is the key to their victory he needs to be at their best for another opposite to occur. 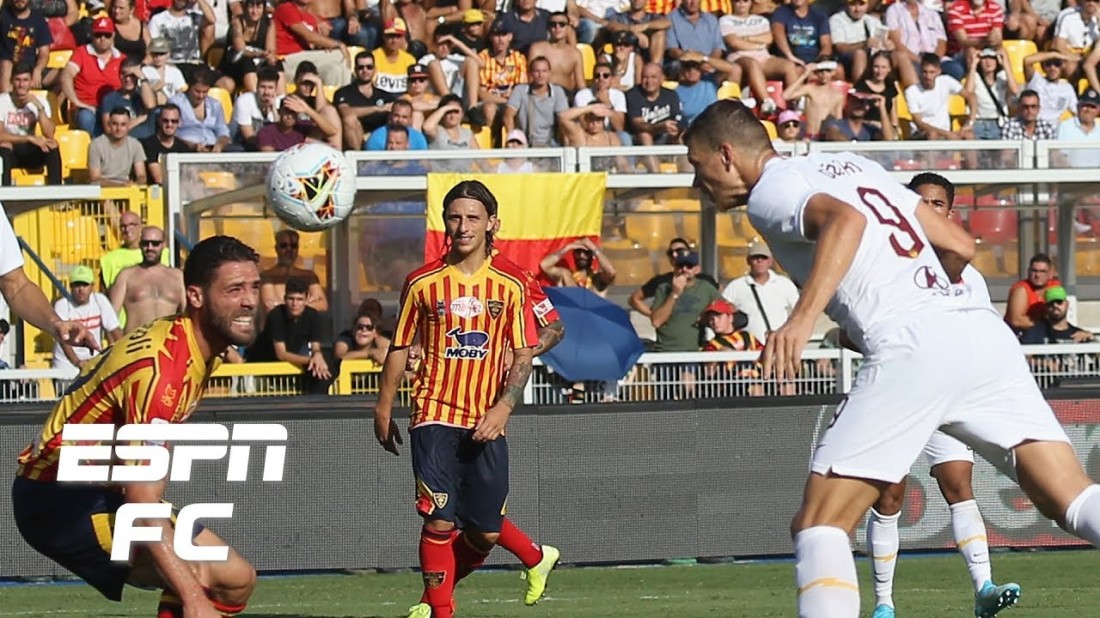 After finally winning a game on Thursday Roma have to come into this game feeling a little bit more confident than they typically would. But performance wasn’t something to be overly impressed by but with more confidence some of those issues should deal with themselves. With a few adjustments ahead of this match Roma should come into this game as slight favorites as the Italian heavyweights really need to find a way to grab some momentum once again. Before the victory on Thursday they had lost three straight games and were winless in their last five Roma do we need to avoid this sort of form as much as possible for the rest of the season. Roma still have Ambitions for the champions league as they continue to try to chase down Atalanta the best route to get there might be by winning the Europa League but they have to give themselves a chance by performing well the rest of the season. Atalanta may not be able to be caught at this point but Roma have to do their part and trying to at least minimize the gap between them. A victory against Lecce on Sunday would do a lot and it getting the team back on track. Lecce ended up playing Roma very tough when these two teams went head-to-head earlier this season. It took a second-half goal from Edin Dzeko to give Roma the three points. Lecce are basking on a really great form as they have gotten some points against some pretty big teams this season on top of that they are playing exceptional football and are heating up at exactly the right time. The newly-promoted side are doing everything in their power trying to Escape relegation and survived the season. Even though they’ve been playing well they still are only just a few points above the relegation Zone and need to find a way to get points more consistently not just against the big teams. Lecce have a chance in this game I feel like they played them really tough in that first match and they can recreate it they have a lot of confidence going for them and have some players that can really come through and big moments. This is a team that’s going to take risks and trying to get points that’s where they are and it’s the team that have proven to be. Roma Must do everything they can at to exploit that while protecting their own weaknesses. Even though Roma’s defensive hasn’t  been a weakness this season it has struggled over the last couple weeks and Roma need to find a way to perform as valiantly Roma need to tried to eliminate opportunities for the opposition. The big key to the game is the link up play with Edin Dzeko. Edin Dzeko doesn’t need to score goals to be effective but when he has the link-up play he can be a danger to score goals. He can impact the game in different ways however a lack of connection between the Midfield and Edin Dzeko in the win on Thursday was a big part of the reason why they could not extend on their small lead against Gent. Taking out Lorenzo Pellegrini may be the best thing for the team as he needs more consistent play from the Midfield to link up to the attack. if Roma are able to do this it will make Edin Dzeko very dangerous going forward that is the key to victory for Roma. If everything connects they have a very high chance of coming away with all three points which is this something they need right now. On top of that the explosive wings of Justin kluivert & Carles Perez they have proved the season to be incredibly talented young players with high ceilings. If they’re able to contribute it could be a big difference they are both super athletic and explosive there will be opportunities for them to make those kind of statements in the game and if either one of them have one of those games Roma will take care of business. This Lecce team is not a team to take lightly they are capable of beating anyone when at their best and if they’re able to continue to take that momentum. However after the victory on Thursday Roma are a much more confident team Roma understands the importance of matches like this if Roma want to close the gap between themselves and Atalanta these are the types of games they have to win. At the same time Lecce will be a challenge but in the end Roma have more than enough to get the job done it will be tough it will have its challenges but in the end I believe this ends in an Roma victory as their season starts getting back on the right track. 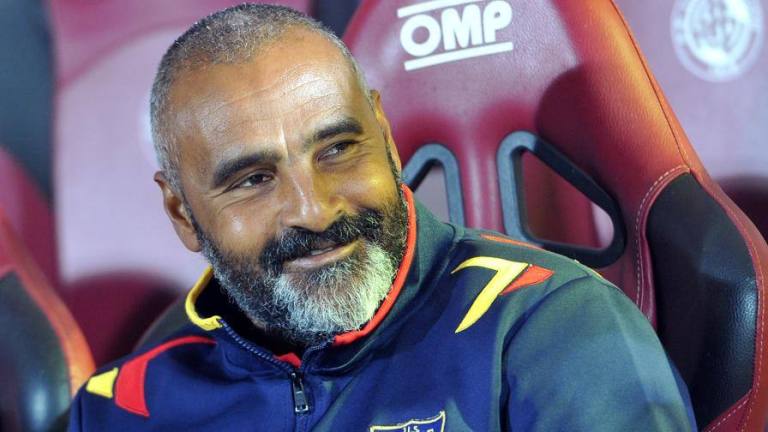