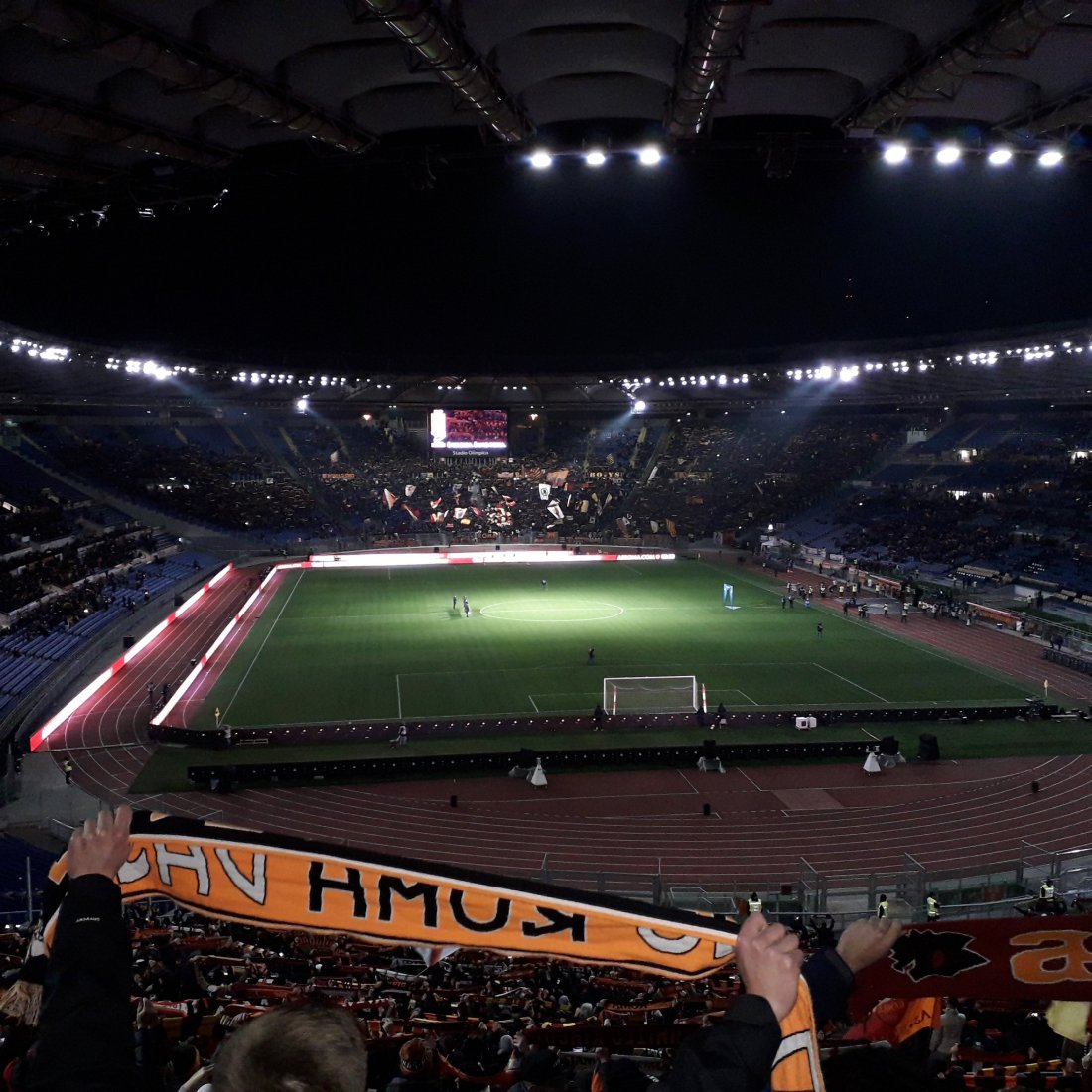 Roma really struggled in the month of January as they had a hard time adjusting to the New Year. The two-week break seemed to really impact the rhythm of the team which largely contributed all of them starting to slip in what was one of the worst months of the season for Roma. Unfortunately in the month of February it did not get any better. An argument could be made that it was even worse then the performances that Roma saw in January. Roma with the first three matches of the month  were against Sassuolo bologna and Atalanta at least two of those were viewed as very winnable games. It was a springboard for Roma to get back on the right track after their disappointments to start the new year. It didn’t go as planned despite bringing in some reinforcement as Roma signed Elche midfielder Gonzalo Villar and Barcelona Winger Carles Perez near the end of near the end of January. Roma really struggled on the road against Sassuolo a team that Roma had beaten in the reverse fixture 4-2 in what was a clobbering at the Stadio Olimpico. This time around Sassuolo ran out to a 3-0 lead at home against Rome in what was one of the worst performances of the season. They got Exposed on the counter-attack and the defense was pathetic. Roma ended up coming back in that match as Edin Dzeko would reach the century mark of Roma goals in a 4-2 lost on the road. Roma tried to follow it up as they hosted bologna at the Stadio Olimpico. Once again they were Exposed on the counter-attack and the defense did not show up. Roma ended up cutting into the lead after going down 3-1 henrikh Mkhitaryan scored a late goal that gave Roma some hope but ultimately they fell on their face with back-to-back losses. The following week they faced the biggest past of all Atlanta the team that at the time was just a few points in front of them in fourth place. A win would have made things really difficult on their ability to get back into the Champions League next season. Surprisingly Roma ended up taking that lead in the game through Edin Dzeko. However Atalanta with bounce back in the second half scored twice as Roma lost their third consecutive game. They had not won a game in what seemed like ages. The Europa League round of 32 was upcoming. They hosted Gent at the Stadio Olimpico in Rome. It was a very uninspiring performance but Roma managed to win as Carles Perez stuck the ball in the back of the net in what was a 1-0 victory that gave them at the advantage in the Cup tie. Ending the losing streak a couple days later they would host Lecce at the Stadio Olimpico a team that had won three consecutive games. The problems seem to be behind them as they win their first League match since January. It was one of their best performances of the Season as they clobber Lecce beating them a 4-0 at home. The final game of the month came In the Europa League round of 32 in the second leg. Roma had a 1-0 lead and all they needed to do is get a results that ended with an away goal in their favor. Initially the Belgium side took the lead but Justin kluivert supplied a quick response that ultimately pushed them and it to the round of 16 beating them to 2-1 on aggregate over the two games. That match with signify the end of February. Now it’s time to recognize the player of the month in February.

Roma’s third nominee for the player of the month goes to Justin kluivert. The Dutch youngster has been one of Roma’s best players this season. He has made drastic improvements to the player that we saw last season. Roma as a team has been nothing short of frustration during this last month but Justin kluivert has been one of the bright spots in a otherwise disappointing run of form for Roma. He ended up dealing with some injuries in January and to a certain extent had limited time this last month. In several games he didn’t even start however when he played he displayed his athleticism speed and was very efficient. In fact taking him out against Atalanta very well may have cost the team points His value in that game proved to be important based on the result of the match. Every time he is played during this month he has shown to have a  certain quality had he been had he been given more opportunities and started more of the games he may as well could have been named player of the month. However the reason he was being considered this month was one performance particular. Against Gent in the Europa League round of 32 in the second leg he supplied the necessary goal that helped Roma advance to the round of 16. He came up in the big moment and delivered for his team his goal put Roma through Roma has a decent chance to win the Europa League a clutch performance yet again from the youngster that performance alone gave Justin kluivert some consideration for the player of the month even though ultimately this award will be given to someone else.

Henrikh Mkhitaryan dealt with an injury problems in the month of January and barely played any games during that skid to start the new year. In the month of February he showed everyone exactly what they were missing. Henrikh Mkhitaryan started the season so well was turning into one of Roma’s best players before the injury. He is made up for all of that with the performances he has put together in February that ended up carrying over into March. In the match against bologna despite the results he was sensational and provided a different spark for the team that they did not have before. They ended up losing the game but he scored an unbelievable header that minimized the deficit right at the end with a chance to steal a points after falling down by two goals in that game. He continued to grow and develop as the month progressed even though the results that Roma got in February we’re not ideal Roma got a major contribution from The Armenian midfielder. Against Lecce he was one of his best performances of the season supplying a goal and scoring one himself in a 4-0 victory. Then in the Europa League second-leg matchup henrikh Mkhitaryan supplied Justin kluivert with the assist that ended up leading to the equalizer and match-up clinching goal that ultimately led to Roma’s advancement to the round of 16. When he’s healthy he has been one of Roma’s best players this season and will surely be back next year after his loan expires. He has played his role so well whether it means coming off the bench or starting games he has largely been impactful and has filled in for Lorenzo Pellegrini who has struggled over the last month henrikh Mkhitaryan filled the void left by Lorenzo Pellegrini and is starting to become one of the best midfielders in the league. It ended up becoming very close between himself and Edin Dzeko for the month but on this occasion he comes up just a little short.

Edin Dzeko is Roma’s player-of-the-month in for the Third month in a row as he has received this award in December January and February. As I have mentioned the month itself was very underwhelming in terms of performance and the lack of results Roma have picked up in February. An argument can be made that it has been the worst month of the entire season for this club. However one of the bright spot has been Edin Dzeko as he has continuously made Roma history all season. Edin Dzeko is one of the 10 greatest players in Roma history and has continuously broken records since joining the club. In a 4-2 loss to Sassuolo Edin Dzeko broke the century mark Roma goals. As he continues to rise up the scoring list as he is on brink of the top five. He has been the best player over the month quite easily. He has played well in every match despite the results that have not been there he has performed and been productive throughout February. Against Atalanta he gave Roma some hope as his first-half goal gave the Romans the lead before Atalanta eventually turned it around and got all three points. Despite this not only has he scored goals he has contributed and making his teammates more involved in the attack to try to help the team work more collectively together. In these losses he has shown his ability to lead this playing leadership qualities. He has earned the right to wear the armband and even though the month did not go well he has helped his team stay on task and improve throughout the season. It was a rough patch for the entire team but Edin Dzeko continuously performed. Late in the month against Lecce he would score his third goal of the month it has been one of his most productive months despite the results. In that match he also supplied and assist as he continues to prove to be one of the most complete Strikers in Italian football as he is able to impact the game in so many different ways. He has drastically improved from last season he has scored 15 goals this season along with eight assists which is a higher total than a year ago on top of that he continues to make more history for the club. He is the 6th highest scorer in club history with 102 goals he will break into the top 5 before the end of the season with two goals away from 5th place on the all-time scoring list. He has done this in Five Seasons which is truly phenomenal. The performance of the team for a good portion of February was uninspiring and frustrating. Near the end of the month they started to get it together and they picked up a victory in their first match in March. Roma saw themselves go into the round of 16 beating Gent over the two legs. it has not been the best month for Roma in six matches in February he ended his month with three goals and one assist earning himself the player of the month for the third consecutive month as he has developed into the leader and arguably the team’s best player. Roma will be looking at him to lead them the rest of the way with still a small hope of Champions League football next season.