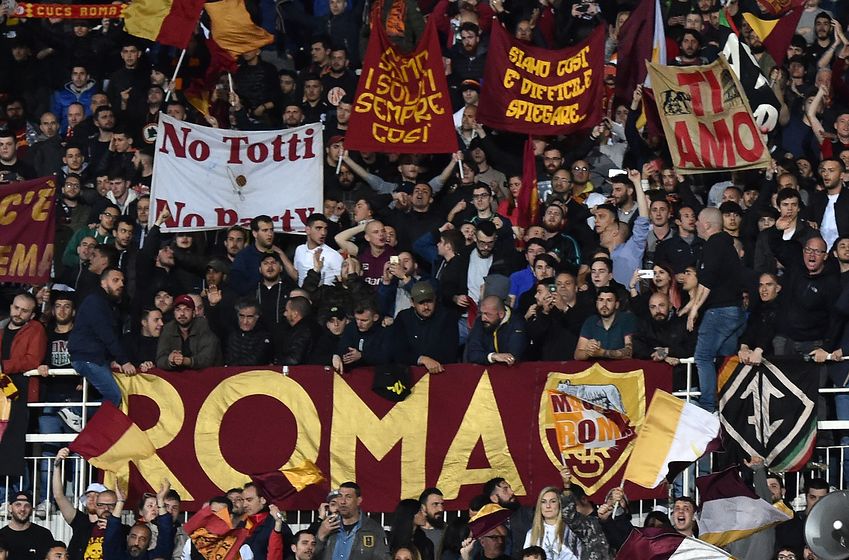 The month of January was not kind to Roma as they had one of their worst months of the season and are in a horrible form at the moment. Going into the month of January Roma were coming off a two-week winter break that may have disrupted their rhythm. Prior to the winter break Roma we’re unbeaten in nine games and was developing some real consistency within the team. It looked like they were starting to take that next step. Then all of a sudden everything went crashing down. Instead of helping the winter break Roma putting them into one of their worst stretches of the season. Roma open the month of January with a match against Torino at the Stadio Olimpico. It was a match of controversy but it didn’t excuse that performance. Roma dominated from start to finish had 21 shots on Target and still failed to score even one goal. They ultimately fell on their face losing 2-0 at home in what was an uncharacteristic way to start the new year. They follow that up with a disaster at Juventus. Roma found themselves down 2-0 in that game in the opening 15 minutes. On top of that in Nicolo Zaniolo ruptured his ACL as he is now expected to miss the entire season. In the second half Roma managed to minimize the deficit. Roma dominated the entire second half and could have quite easily come back and pick up all three points in that game. Wasted chances once again being the difference in the game as Roma lost back-to-back games for the first time this season. Next Roma battled Parma in the round of 16 of the Coppa Italia. Roma wear in control from the start to the finish as Lorenzo Pellegrini was the difference scoring twice as they were able to punch their ticket to the quarterfinals. After losing two straight games against Torino and Juventus Roma were able to snap their winning streak going winning away at Genoa with the goals coming from Cengiz and Edin Dzeko. A few days later Roma would have another shot at Juventus. However just like in the first meeting Juventus would run out to a huge lead as they Led 3-0 after 45 minutes. In the second half Roma eventually got a goal back but it wasn’t enough as they were eliminated from the Coppa Italia. After 45 minutes. In the second half Roma eventually got a goal back but it wasn’t enough as they were eliminated from the Coppa Italia. The month of January ended in the derby in what was arguably their best performance of the month as the absolutely ripped Lazio apart but unfortunate mistakes by both goalkeepers contributed to a draw in the Roman Derby as they split points in a 1-1 draw. It could not have gone any worse as Roma just could not get their form back as the winter break appeared to have done more damage than good. Nonetheless we have reached the end of January as we reward Roma’s player-of-the-month. This month due to the lack of results there will only be two candidates because only two Romans are deserving. 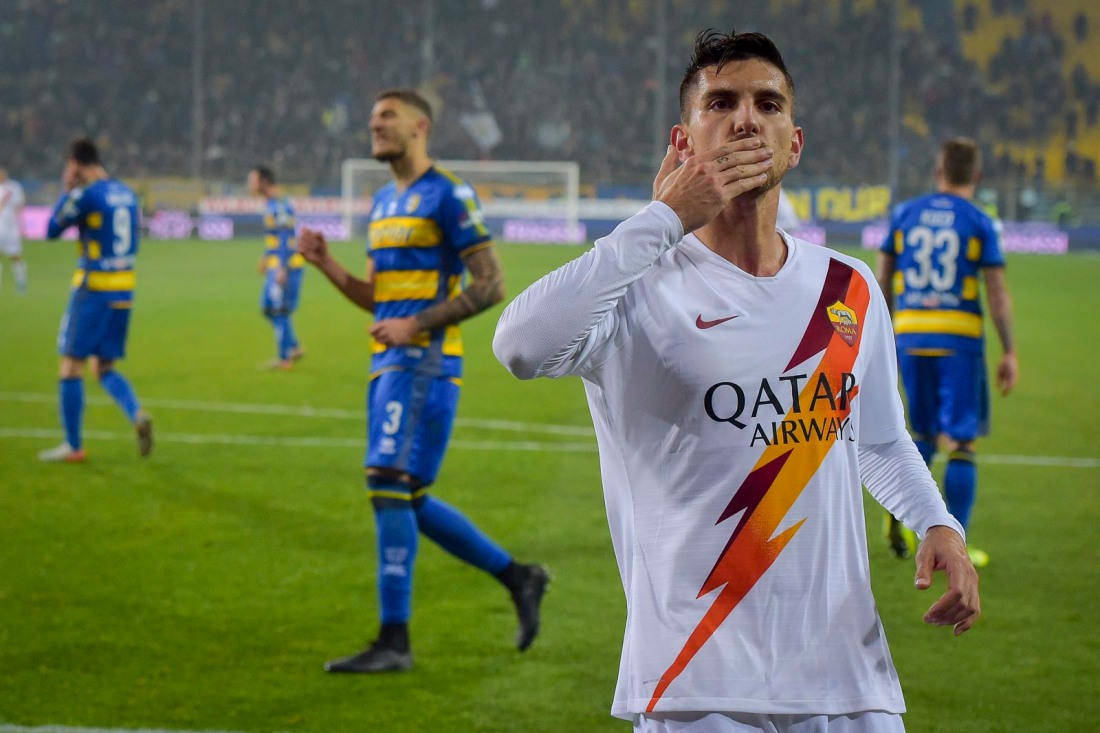 The runner-up for player of the month in January goes to Lorenzo Pellegrini. The Roman born midfielder continues to be the most vocal point of the Midfield as he has thrived and many of the games Roma have played in January. There’s not too many positives to be taken from Roma performances but Lorenzo Pellegrini has showed up and performed when it was asked of him. The Torino game was a disaster for everyone especially given how many chances were created. A large part of Romans ability to create so much was Pellegrini was pulling the strings in the Roma Midfield. He orchestrated countless opportunities for teammates Roma just couldn’t put them away against a Torino team that turned it on at the right time. Against Juventus in their first matchup it was more of the same as orchestrated opportunities for teammates but Roma just couldn’t put it together in front of goal. The best performance of the month for the Lorenzo Pellegrini came in the Coppa Italia match against Parma. With a spot and a quarter finals at stake he showed his qualities. Bossing the Midfield scoring a really spectacular goal connecting with a strike from the side of the box to initially give Roma the lead in that game. His day was not finished though in the second half of that game he got a penalty it was his first multi-goal game since returning to Roma. He followed it up with another really spectacular display against Genoa this was one of the better performances Roma had in a more or less disappointing month. Roma got out to a 2-0 lead in that game largely because of the ball movement that was issued in that game Lorenzo Pellegrini controlled the Midfield as Roma dominated a Genoa team that was looking for points. That match did have its difficulties but Lorenzo Pellegrini and Edin Dzeko completely took over the match in the second half connecting on a consolation goal that would conserve the victory. Then in the biggest match of the month and the season in the derby against Lazio he made their entire Midfield look non-existent the entire team did a good job defensively against Lazio but it was Lorenzo Pellegrini who had a starring role picking out the right passes to help Roma breakthrough as they dominated Lazio throughout the entire match he showed his quality outplaying Luis Alberto who many people think is a better player on that stage Lorenzo Pellegrini proved otherwise. Despite all the results Lorenzo Pellegrini had a very productive month of football as he continues to be one of the League’s best passers and midfielders. There were only two players that realistically deserved recognition this month. 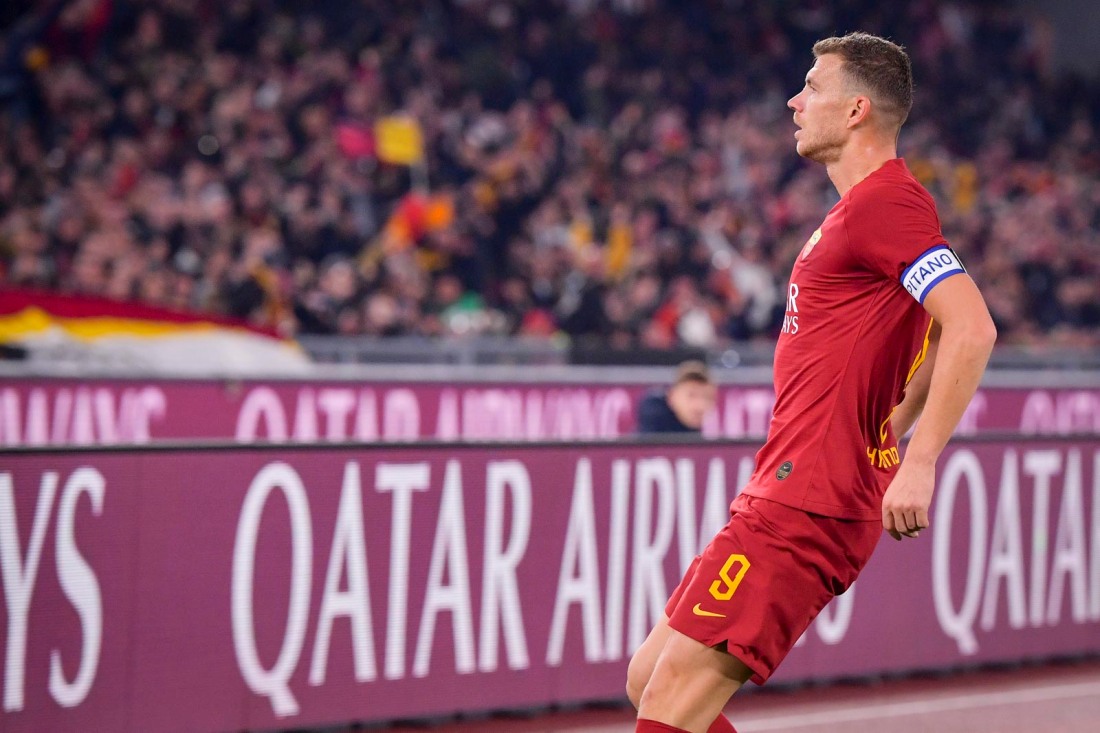 Roma’s player the months in January belongs to Edin Dzeko. Like I said it was a pitiful display by the team collectively throughout this month but there’s no question in my mind that Edin Dzeko performed at a high level throughout this entire month of January. As he scored twice in four games during the month of January. Edin Dzeko has caught fire at the right time unfortunately as a team they could not get the job done in January. Despite this Edin Dzeko is playing some of his best football and that is largely because of Paulo Fonseca. He has become much more of a dominating figure in the Roma attack than he was last season. He already has more goals this year so far then he scored a year ago. He had Justified himself as a Roma Legend even more so with some of his performances. He had a chance to score on a couple of different occasion in the match against Torino but he wasn’t as his best much like the rest of the team. Against Juventus and Genoa he really showed something special holding up his role not only to score goals but to hold up the strike line and also facilitate opportunities to teammate to the influential on the counter-attack and coming forward throughout the month of January he became closer and closer to a hundred Roma goals as he met the century mark in the first match of February. He scored a goal that sealed a win against Genoa and also scored a crucial goal in the derby against Lazio. Had Roma not made their own mistakes his goal would have been enough to give Roma the three points. He did not play against Parma or Juventus because of his suspension from the Coppa Italia despite this when he played he was performed and he continues to score goals. His now scored in two consecutive games despite the results he has been as consistent as anyone over the last couple of games. Edin Dzeko is Roma’s player-of-the-month in January hopefully he stays in form and Roma as a team starts picking up more points because this was not a month any player was really proud of..