The Day May 4th for most people is a celebration for us its different. Americans celebrate the Star Wars Franchise known around the world as Star Wars day may the fourth be with you. This is a day that is celebrated by most of the world a day of happiness and admiration of a film that has given the world an outlet to escape reality to enjoy the mesmerizing trilogy that is given happiness even in the lowest moments. To the football community its completely different it’s a day most of us don’t look forward to. To the rest of the world especially Italy it is nothing short of tragic events that puts us into a depressive state a truly uneasy day where we get our escape but for a very different reason a day to reflect on some unrest times an event and day fueled by ashes and pain. Italy’s greatest team the backbone of the national team shattered as the world saw the fall of the greatest team were never seen Italy’s Iconic Grande Torino. There once was a team that could conquer the world as one of the best teams in World Football. In a time when Juventus didn’t rule the world and Italy. Juventus is currently one of the best clubs in European football and has their footprints all over Italian football history they have continuously dominated Serie A over the last 20 years but it hasn’t always been this way their dominance in their city use to be very different. Torino used to be KINGS in Turin The Greatness of the Grande Torino doesn’t get that credit they deserve their reign at the top of Italian football cannot be overlooked their dominance in the ’40s was undeniable this was one of the greatest teams in the history of modern football they were just that good. Grande Torino was the best team in Italian football history and could have gone the distance they were on a trajectory to become one of the biggest clubs in the world of football. Sadly their greatness was abruptly ended as Torino saw what would have been decades of greatness end in Tragedy bursting into flames. Torino in the present is a typical mid-table side they occasionally can push for European football but for the most part, they were an afterthought. How they got here and why they couldn’t reclaim glory is a story a sad emotional journey that ended what would have been a dynasty in Italian football. Torino’s greatest period in Italian football saw the club dominate the 1940’s winning 5 Scudutto’s in a row during the ’40s in Italy during this time they were a SUPERPOWER they were on their way to becoming a massive club they had the potential to be one of the biggest clubs in the Serie A I think they were on the verge of reaching AC Milan/Inter Level they would have been bigger then Napoli Roma and Lazio the foundation and quality they had was going to be sustained over time. In one of the saddest’s most heartrending stories in football history, not every story comes with a happy ending if you were looking for a story with joy happiness you have come to the wrong place. Man United ended up coming back from the dead in their own tragedy but Torino would have NOT had such ending. 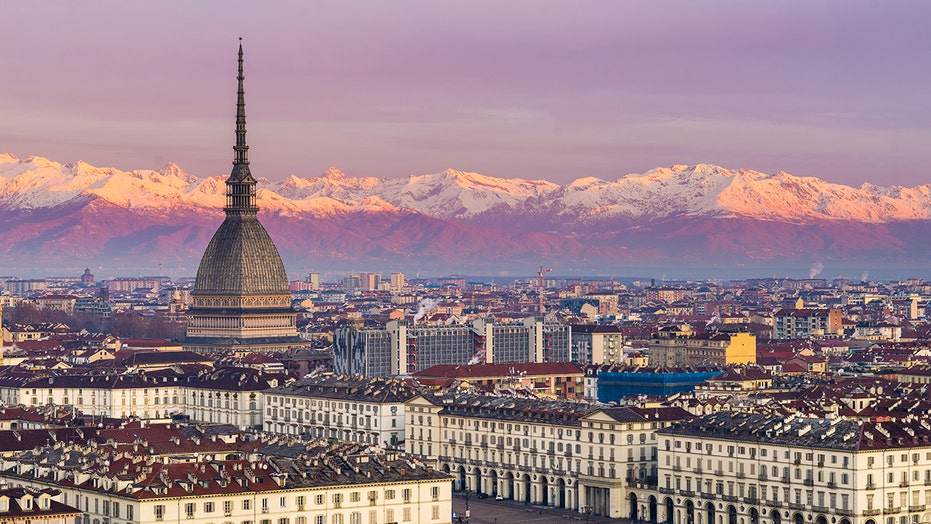 Torino’s one of Italy’s most iconic cities they are part of the culture of the county’s backbone. A city that loves its football regardless of whether you are with the red part of Torino or the black part. It is the oldest city in Italy home one of the oldest derbies in football. Derby Della Mole between Juventus and Torino. It is a city that loves its football and loves the culture that it provides. The story that I’m going to tell may be difficult to understand and at times hard to even bear. One of the saddest moments in the history of football took place in this very city a tragedy that never was fully recovered from. A lot of glory that took place between this time. Unfortunately, a team that was referred to Grande Torino didn’t get the ending that they deserved. Grande Torino was the greatest football team we’ve never seen. during a really troubling time, they dominated Italian football like no one we ever have seen. The likes of Juventus Inter Milan and AC Milan have had those moments where they ran the table in Italian football but nay never did it quite like Grande Torino. From the war to the glory to death. The Grande Torino team identifies in the city and in the country. This isn’t a story or a tail that has a happy ending if you are expecting that I’m sorry to disappoint you. This is an incredible rise but in Ultimate fall that they never got up from. Man united recovered and became one of the biggest clubs in the history of football Torino would have no such fate. To tell the story we have to go back to the very beginning when everything started. Grande Torino was not put together into the late 30s. A title occurred prior to those years but dominance really wasn’t apart of the league until they took the pitch. At the end of the 19th century, the birth of football in Torino began it was the first step and becoming iconic in Italy. The club was introduced and brought to the World by the Swiss and English by 1887 the oldest Italian football club had founded in the capital Pimento there were two clubs that eventually merged together to become Torino. This is the oldest Club in Italian football. The foundation Juventus and Genoa instigated the birth of football in Italy. They officially became a part of Italian football in 1906 they’ve been around for 113 years. Torino didn’t taste Glory until 1927. Torino lifted their first championship in the 1927 campaign there was only a limited amount of teams In the early years of Italian football. They only played 14 games that season which is a lot smaller sample size than a 38 we’re used to in the modern-day. Just 19 points were enough for them to win the title. Eventually, this team would become one of the best in history and had the capabilities to become iconic in Italian football and throughout Europe. They eventually found their way to that place but it was a gradual development defined their place and their identity this was only the beginning of the story but this was as good of a starting point as any the beginning of Torino plays a significant role in the success they eventually would achieve before it was taken away from them. This is Turin this was Grande Torino. 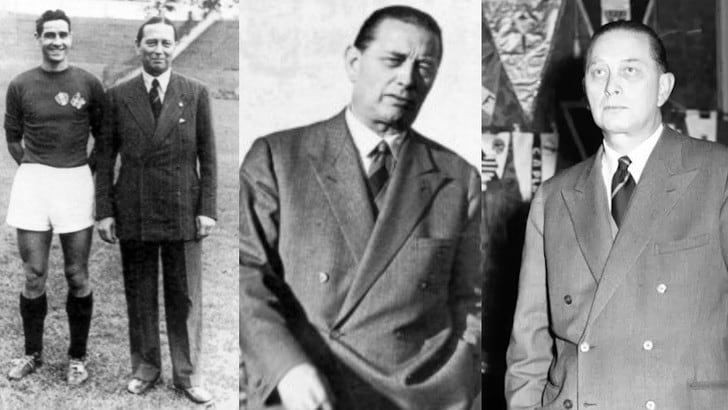 Torino finished nine points adrift in the 1940 season Ferruccio Novo helped them get a little bit closer even if they were ultimately unable to lift the trophy in the end. Torino brought in five new players ahead of the new season. Pietro Ferraris joined from Inter he started for Italy as they won the 1938 World Cup. Torino saw the arrival of Romero Menti a Winger from Florentina. Torino signed the trio of Alfredo Bordeira Felice Borel and Guglielmo Gabetto all coming from Torino’s city Rivals Juventus. Juventus didn’t value the players as they became crucial in Ferruccio Novo’s philosophy. Torino did not hit on everyone but all of them proved the quality. However, Gabetto became incredibly valuable scoring over a 100 in his Torino career. They were in a much better position to go for the title the next season after adding the depth that they had. During the 1941 season, Torino came within points of potentially winning the league title. They finished second in the league but could not ultimately outclass Roma as the team from the capital secured their first league title in club history. Roma finished that season with 42 points Torino was just behind with 39. That season there are hopes were crushed in the Copa Italia late in the season. In some matches against Venencia, it really proved to be their downfall that year. Largely because of the Brilliance from Enzo Loik and Valentino Mazzola. Following That season Torino would sign both players to really solidify their chances to Conquer the league title for just a second time. 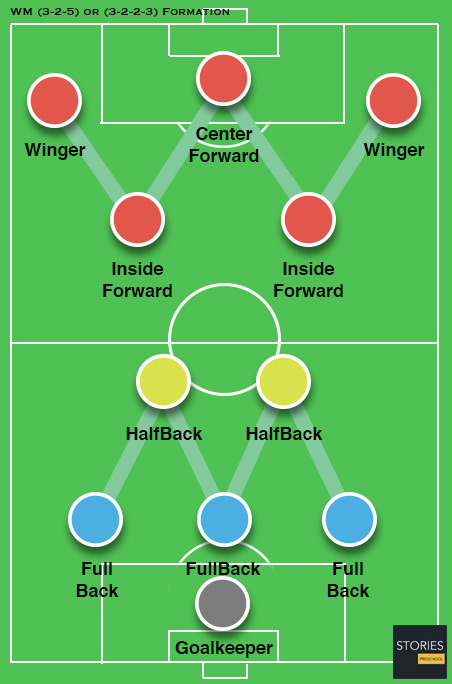 From a tactical perspective, there were new philosophies that were being brought up and used as a dynasty that began shortly after. These philosophies were suggested to Novo that the Torino players would be utilized best being set up in the Systema tactical approach. A new formation that was largely influenced by the game in the coming years. During that time the most popular tactic was a more defensible Arrangements who strengthened it was mainly through the counter-attack which allowed Italy’s national team to win two consecutive World Cups. The defense there’s only two full-backs in a defensive Midfield that’s shuttled forward on the offense in the Midfield the offense was set by the Center Midfield with Winger’s being designed to serve the ball for the striker the attacking phase was not easy as the offside rules simplified there would be three players in between the striker and midfield there would be only one Defender had to advance to trigger the offside trap. Torino eventually develops a new tactic called system or WM which was the initials of the England manager that initially instituted these sorts of philosophies. These tactical approaches that they used during the time of Grande Torino would be very uncommonly used in the modern-day. They would play with a 3-2-2-3 formation with three Defenders four midfielders two men feel there’s been two inside forward that lined up through the Midfield. This reorganized the defense choosing to move back a holding midfielder creating the stopper while the full-backs were responsible for marking the Wingers. The task of marking was simpler and being mirrored as the marking man was born the system was also more Dynamic and more balanced and if the right players existed inside the formation Novo approved that suggestion and Torino used this tactic during their prime years. When Novo took over he was preparing Torino for this very point. The work he had done had been completed the big team arrived and start the show European football That they were a force to be reckoned with. They added more depth and they had star power throughout Back to front this team had quality piercing all the way through it. They have the attacking prowess and the ability to defend which made them such a problem. Torino in the 1942-1943 season was named champions. Beating Livorno to the title they were the best defense and had the second-highest scoring team in the league. Ferraris and Gabetto both were among the top scorers in the league. They finished that season with 44 points just one point ahead of second-placed Livorno. They also ended up conquered the Coppa Italia beating Venencia as Torino ended up winning the double the cup and The League title was theirs. Collectively together they were a team they had the capabilities of conquering anything. However, they would not play together for the next two years as the league canceled the next two seasons due to the war that was taking place.

The Beginning of Grande Torino