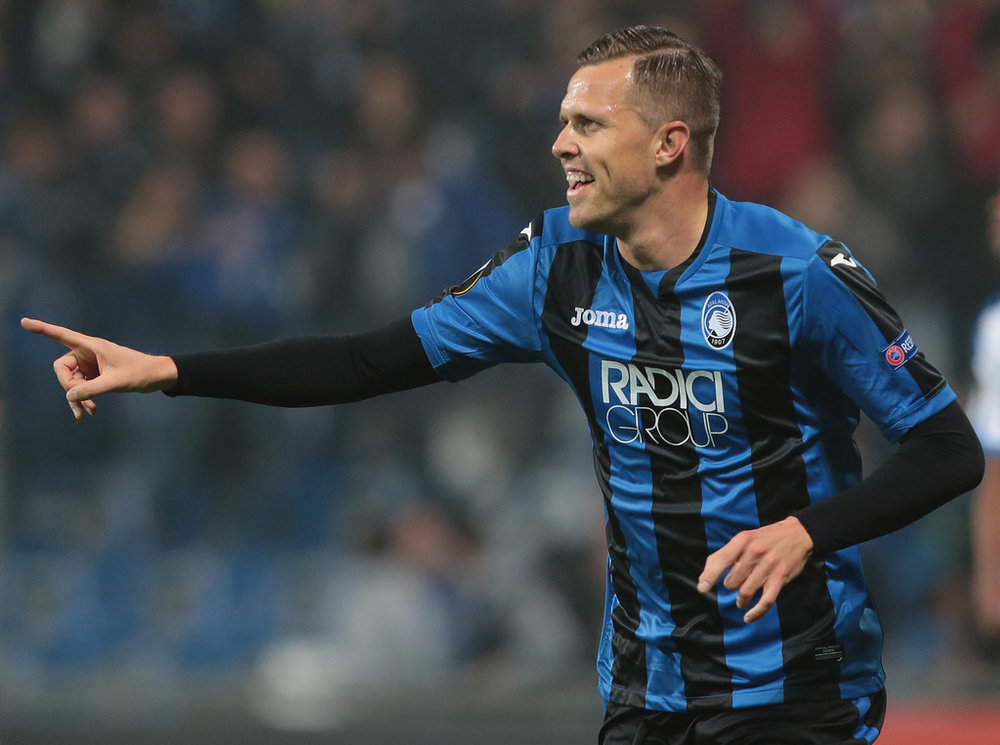 Josip ilicic is one of the best strikers in the League this season. He has made Leaps and Bounds to where he was last season. He has always been a striker who can put the ball in the back of the net. Really physical and can be a problem Target man in terms of style but can strike from practically anywhere. He’s always been able to score goals; the thing he has lacked the most is his consistency. Even though he’s had his moments with Atalanta and Florentina prior to the move, he had the ability to do what he’s done this season. The consistency he has shown both in Europe and in the League has been nothing short of extraordinary. He has turned out to be incredibly valuable to the team. Every player that goes into Gasperini’s system indeed seems to go up a level, but even with that being said, he has come through and some considerable ways that Atalanta would not be in the position they are in without him. He has had to carry the load throughout the season even though it has not been asked of him. The injury problems Duvan Zapata dealt with this season have been well-documented. Josip ilicic has had to come in and overtake the importance that the Columbian has in the team. Even with the injuries, duvan Zapata had 14 goals and seven assists this season, which is truly extraordinary given the circumstances, but Josip ilicic has come in for him and performed. That’s not to say he was not starting games beforehand, but the bulk of the attack goes through the Columbian; Josip had to take up a much more dominant role in which he was much more critical in the team’s offense. It turned out to be a blessing in disguise as he has been without question one of the best strikers in the League. He surpassed 20 goals in all competitions this season for the first time ever. He was having his best season statistically and he is a big reason why Atalanta look to be on their way to the Champions League again next season. He got them to the quarterfinals with four goals against Valencia in one game, something genuinely extraordinary. Even though that’s not necessarily about the League this season he has been a big reason why Atalanta continue to be such a success story. Obviously, being in the Gasparini system certainly helps, but none the less he has been so physically imposing and dominant all season. He has a decent case to be made as one of the best players in the League this season even though we all know by now Paulo Dybala is clearly the player of the season this year I would argue Josip ilicic would be the runner-up this season. Even though Immobile has scored significantly more goals not only in the League but in all competitions, the Slovenian Striker has been at his absolute Peak. None of his goals in the League have come from the penalty spot that’s not taking anything away from Immobile because he has been Sensational, but with all things considered creating goals organically has more value to me then converting from 12 yards out. Not only that he has played a really important role in the link-up play bringing the ball out & facilitating opportunities for teammates, but this was also the best season of his entire career and he truly was one of the best players in the entire League very deserving of his first-ever appearance in the team of the season. Without his impact and his ability to adjust to the injuries of duvan Zapata I’m not sure Atalanta would be in this situation the fact that he came in so easily and embraced that role in the attack and has scored at an incredible high-level only furthermore backs up the case that he is worthy of the team of the season and after Dybala, he has been the best player in the League this year Sensational campaign that should only continue when the League starts back up again 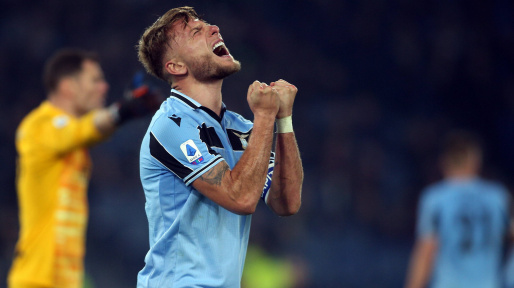 In the striker position up-top, I’m going with the most polished and potent Striker in Italian football this season. The Lazio Hitman Ciro Immobile. He has been at his absolute best to season and is one of the biggest reasons behind Lazio’s success in this campaign. They have a puncher’s chance to win the league title this season, and a large part of that is his ability to come through and deliver for his team. Lazio probably do not beat Juventus and get a result against Inter Milan without the presence of their number one striker. Last season was not the most productive year for the Italian, but nonetheless, he came back and rebounded, scoring like a madman. Two years ago Immboile was one of the best players in the League winning the Golden Boot with 29 goals he could not live up to the hype last season as he took a significant step back which largely attributed to Lazio finishing all the way down in 8th. He has been just on another level this season dragging his team into a title race that they probably do not belong in. This team has quality all over the place but there hasn’t been a lot of turnover since last season his individual impact has took this team up a level. The difference between this season and last season has nothing to do with coaching although Inzaghi deserves a certain level of credit for this, he is not the biggest reason for their success this season. Along with Thomas strakosha it has been Immobile and the goalkeeper that have made the biggest difference. He is scoring at a ridiculous rate this season. He already has 26 goals this season which gives him a decent chance to break the goal scoring record set by Gonzalo Higuain. Even if he does break it I don’t believe this season he was better then Higuain was in that season with Napoli but nonetheless it would be a fantastic achievement. He has been easily the best Striker in the entire league this season, and his impact is a huge reason why Lazio is in the title race this season. It has been a decade since Lazio have finished ahead of Roma in the lead table they are the smaller team in the city but this season it appears that Lazio will finish ahead of the Rival for the first time in a long time. This is all possible because of the Striker. He may not be the best all-around Striker I think the likes of edin Dzeko and duvan Zapata are more all-around strikers, but when it comes to sticking the ball in the back of the net, I’m not sure there’s a more consistent striker in Italian football. Whether or not he can take this season and improve on it Even further going into next year is undetermined at this point but nonetheless he has been absolutely Sensational since arriving In Lazio. He surpassed 100 goals for the club this season and continues to be a really important factor in the title race. Juventus still should be the favorites to the title, and I think at the end of the season, Paulo Dybala will be the superior player and Lead Juventus to another championship, but Immobile has been as good as anyone at the position this season. He has scored 11 penalties which have certainly helped his goal total, but even if you take those away, he is still a top scorer in the League that tells you everything you need to know really highlighting his consistency this season as he makes the team of the season without any argument against it.