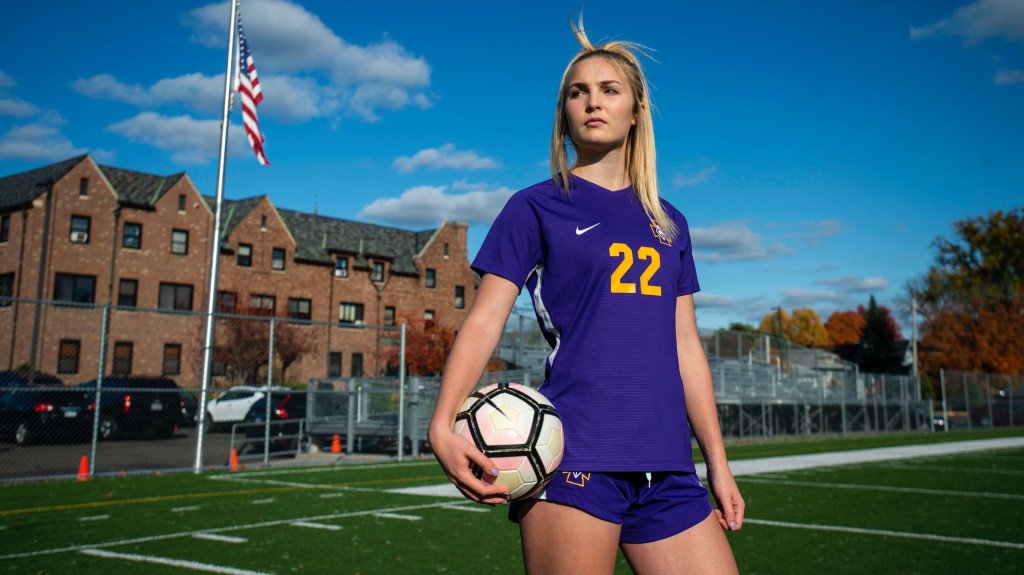 Paige Peltier is so much different than the strikers of the past in a Minnesota high school soccer. The only a few that can truly rival her Talent in this generation Sophie Babo & Maya Hansen. There may have been greater players from the past but during this era she became one of the finest Strikers the state had seen in a long time. Paige is a very interesting case because of the natural ability that she truly possessed during High School. Some players have to work incredibly hard to get to the level while others have a natural ability that allows them to dominate and dictate matches in the early parts of their careers. One way isn’t better than the other what but Paige’s natural ability is so abundantly clear when you watch her play.  Paige and Myself both live in St Paul and I can say with certainty some of the things she’s able to do is more than just hard work more than training more than reading the game a lot of what she does is natural Talent. Very few players in the world of soccer have natural Talent. Most players have a little bit of it but Paige is different she has a high dose of natural Talent she’s going to be successful regardless because of this. She still worked really hard and if she wants she can become one of the best players in the world she certainly has the ability to do that. It will really come down to how bad she wants it. Maya Hanson has the natural ability of a Leo Messi or Cristiano that is even more rare because she is the most talented soccer player of her age group I’d ever seen. However, she isn’t quite at that level but she’s not far off of it. When You have all those gifts of natural talent that she has she can take over any game at any moment when she wants to because of how easy the game comes to her. But she is interesting because it goes beyond the natural ability she has she also has physical gifts which have made her such a dynamic and dominating player at this level this is a big reason why she’s become one of the best in history. The Radiers probably will never have a player like Paige Peltier ever again. That is what makes this young woman so dangerous. She is huge in size Paige is 5 foot 11 nearly six feet this makes her so dangerous on set pieces and she is super athletic Along with a high level of intelligence. You take all these skills together and you have created a monster. She has natural goalscoring ability in a 5 foot 11 frame with extreme athleticism. You connect all these things together and makes her incredibly hard to stop. She is as dangerous of a goal scorer as I have seen in Saint Paul High School soccer. She can strike from any part of the pitch she is a danger she can hit it from anywhere. From outside the box inside the box in the air and many other scenarios you could imagine. That’s not to mention her most dangerous asset of all her ability to dribble she dribbles at an incredibly high rate and at times it seems like the ball is a glued to her feet this has given her some problems in some ways but when she has her head on straight and she’s able to operate at an extraordinarily high level she becomes a problem for anyone it makes her mutually Unstoppable. She reminds me of a combination of Zlatan Ibrahimovic because of her size and super athletic build and Antoine Griezmann because of her dribbling ability and composure in front of the net and on top of that she has an assassin mentality. It’s really hard to put the perspective of her cretin-derham Hall Career in words she was just a different kind of special somthing we will not see again. 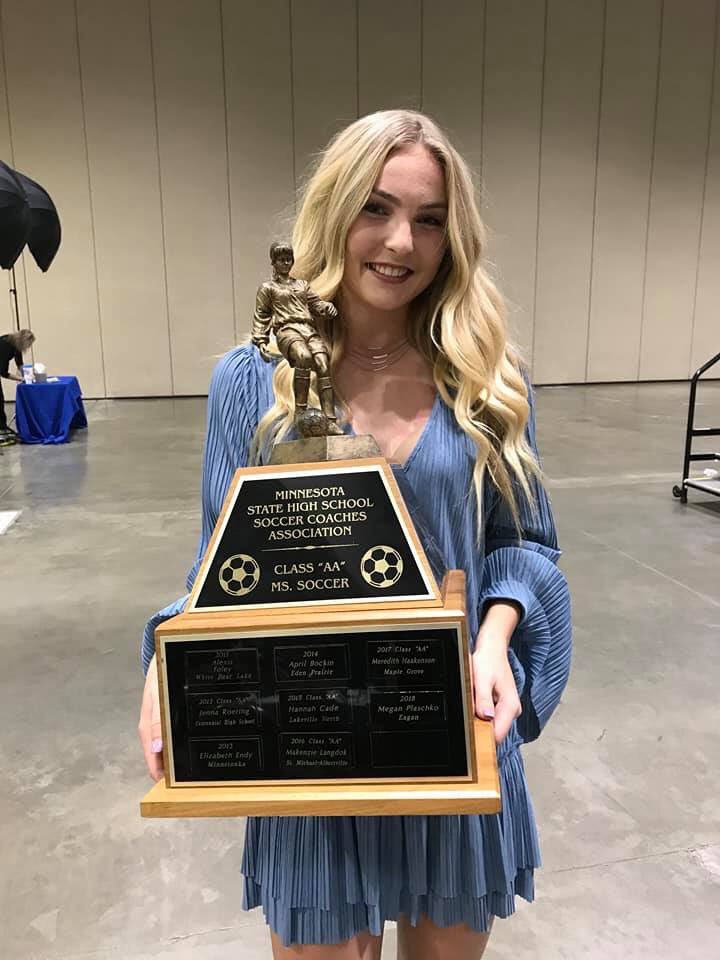