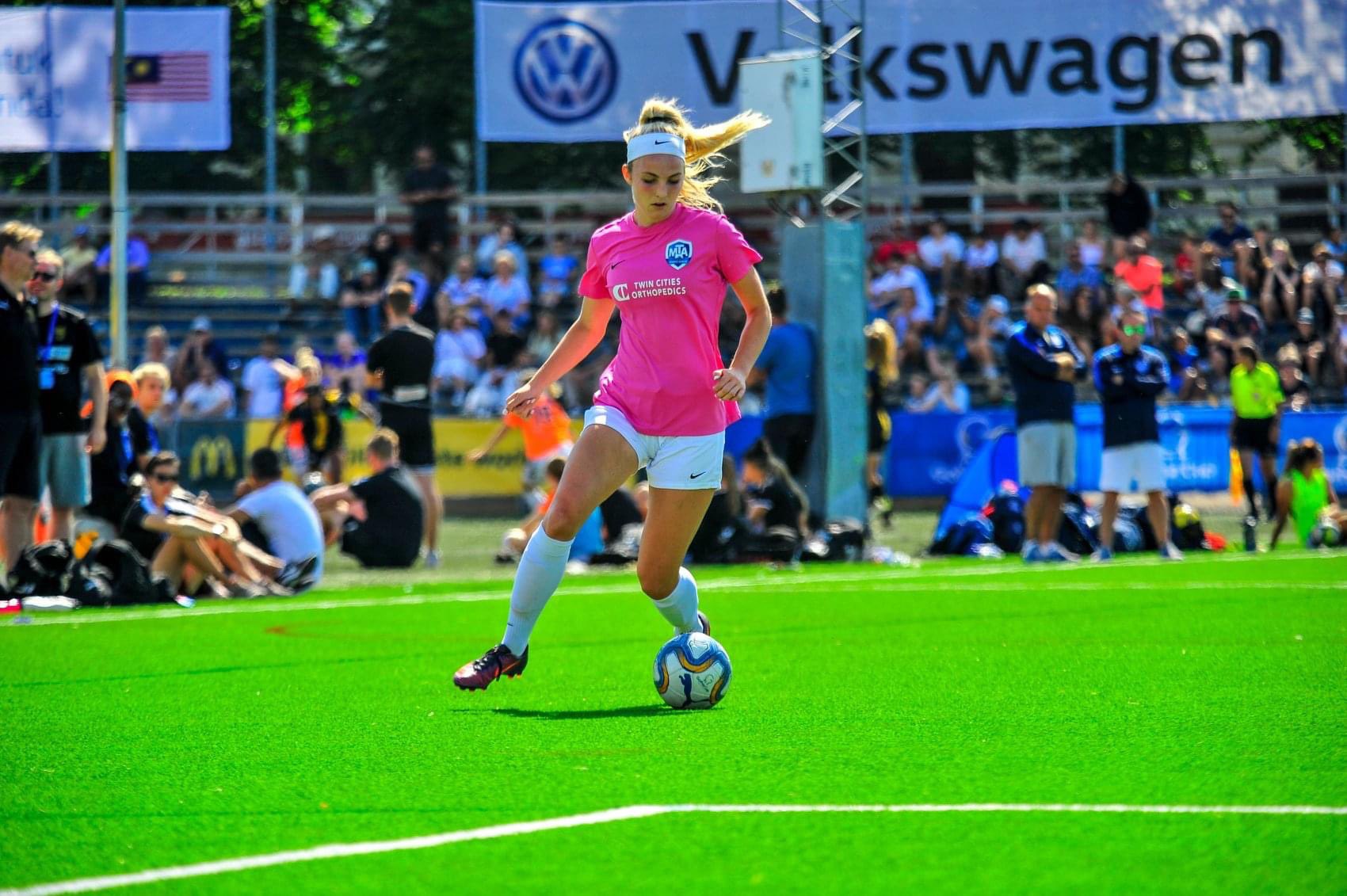 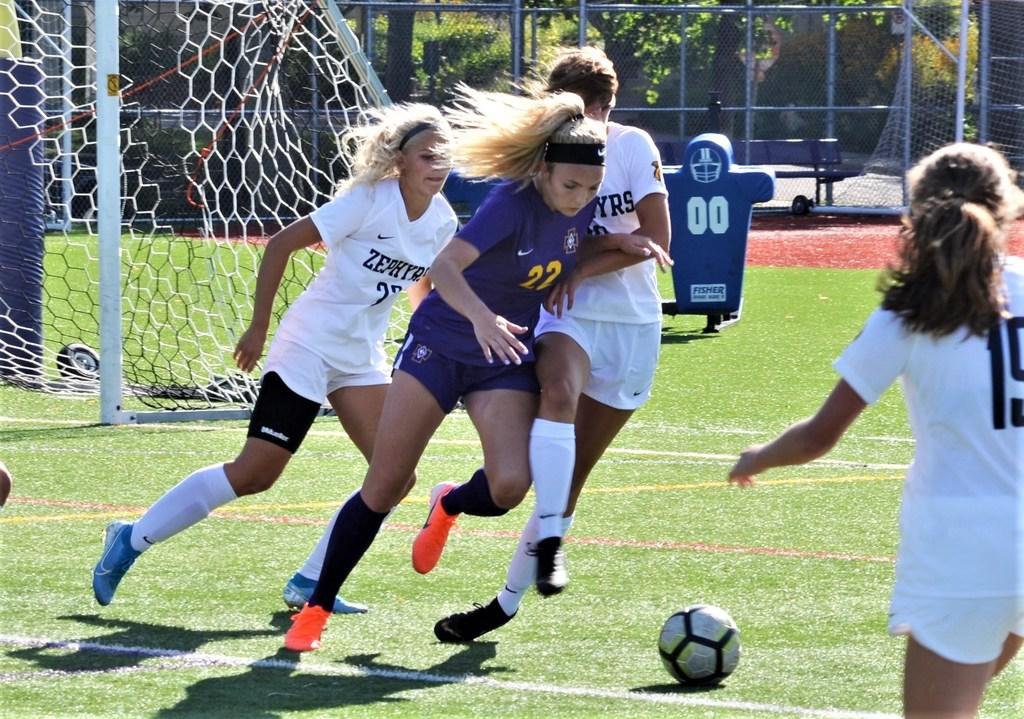 Paige Peltier ended up creating a legacy at cretin-derham Hall. Becoming one of the greatest players in the history of the program as well as one of the greatest goal scorers ever seen in Minnesota high school soccer. She certainly had her moments of absolute brilliance totaled with the world-class ability of a supernatural Talent. However despite the level of talent that she possesses she didn’t burst out of the scene immediately. It took some time before she really exploded. The year before she entered High School cretin-derham Hall only won two games inside the conference in a very average season with a 6-9-2 record. The season before that they made the state tournament they were going through unprecedented times at the club as she was coming in to supply them with a little bit of a spark for the years to come. This didn’t happen immediately it took some time to develop into what she would ultimately be. In her first season, she wasn’t even listed as a striker. They had her playing in the back line and sometimes in the Midfield a unnatural position for a player of her size and athleticism she was clearly a striker. During her freshman season, they massively improved as they finished second in the conference But ultimately fell in the section semi-finals. During her freshman year was the only time you ever beat Kayla Anderson and White Bear Lake who was another star that was a ascending at a similar time. During her sophomore season, there was a major lack in production as they saw deterioration. The team only won 4 games that season. Yet they still ended up making it to the Section semi-finals where once again they were eliminated. The first two years of Paige’s career at cretin-derham Hall were rather unglamorous. She improved during her sophomore season scoring a couple of goals but she only scored 6 goals in her first two seasons. In her Junior season, She became a monster Paige absolutely exploded. Showing the natural ability that she has and a knack for goal as she became an incredibly dangerous score for the Raiders. Cretin-derham Hall ended up in fifth in the conference That season but despite this, it was a very close race and the team did the polar opposite of the season before as they won 12 games losing just four matches all season. This time Paige lead the Raiders to the section final but lost just one game short all of the state tournament. Paige took it up a notch even after showing some superb quality during her sophomore season in her Junior season she scored 24 goals and dished out 14 assists in all competitions. She made All-State for the second time and was one of the best players in the state that season. However, cretin-derham Hall still had their low moment as they saw  White Bear Lake crushed them early in the season. Despite this there where was a lot of reasons to be optimistic for the upcoming season it was her senior season this is where she truly earned her stripes for her commitment to Notre Dame. She was the best player in the state statically during her season season with 41 goals and 11 assists during her final campaign. Did the statistical campaign prove that she was the best player in the state not necessarily but she was certainly among the elite in high school soccer during that final season. During her senior season, Cretin-derham Hall was loaded from front to back that included a midfielder that supplied 20 assists in the team with Paige greatly benefiting from it is was part of the reason why she scored so many goals having a player like Aimee Fiedlerin the midfield is such a dangerous weapon. They had to share the conference championship with White Bear Lake as they had an identical record in the conference. White Bear Lake was her thorn in the side during her High School career only beating them once. Paige Peltier struggled with White Bear Lake the way Kayla Anderson struggles against Eastridge. They were the two best players in the state and they were constantly fighting for superiority it is a question that can never be answered arguments exist for both of them.  Paige was awarded Miss soccer Minnesota at the end of the season. I’m going to say the exact same thing I did about Kayla to Paige. Cretin-derham Hall should never let a player wear the number 22 ever again. Based on the career that Paige had at cretin-derham Hall she deserves to be immortalised forever. She became one of the greatest players in the history of high school soccer Cretin-Derham Hall should never let anyone else wear that Jersey because she immortalized it it would just be plain wrong letting anyone else wear the number 22. after the season she picked up all the accolades possible as she now has her sights for college The next challenge is Notre Dame.