Roma is coming off a very difficult 2-0 loss to AC Milan at the San Siro over the weekend. They are now less secure in their position as AC Milan, and Napoli are both in Striking Distance of Romans 5th position. Roma needs to get back on the right track with a mass of 3 points on Thursday. They return home to the Stadio Olimpico as they are preparing to take on Udinesse for the second time. In the first meeting at the Darcia Arena, Udinese was on the receiving end of an attacking master class as Roma picked up the maximum points. It was a 4-0 annihilation Roma look to make it two in a row against them completing a season sweep. Udinese is winless in their last nine games after falling at home to Atalanta in midweek. Despite the loss, Roma suffered over the weekend, and they should go into this match as heavy favorites. Even though they’re not in the best form, Udin is close to the relegation zone, and it would be ultimately catastrophic if Roma drop points against a team with significant left quality and without one of their best players. Will Roma finish the job and try to keep a separation between themselves and Napoli, or will Udinesse against-the-odds find a way to pick up points against the heavily favored Romans at the Stadio Olimpico. We will find out all that and more when these teams go to battle on Thursday night in the Eternal City.

Paulo Fonseca may make some adjustments, but the formation should stay the same as Roma have a customarily operated out of the 4-2-3-1 formation. Pau Lopez is not quite ready to return, so we will see Antonio Mirante back in goal for the third consecutive game Roma’s number two he has done reasonably well in his three starts. In Roma’s backline, I think we should suspect to see Alex Kolarov return to the staring 11 after being on the bench in the loss to Milan. He will return at left-back. Beside him, we should see Chris Smalling and Gianluca Mancini Roma, the center-back partnership. Then at right-back, it’s unclear what Paulo Fonseca will do. It is without question Roma’s weakest position, and regardless of who is selected for that spot, It could be problematic if not careful. Bruno Peres seems like the most logical choice for that position, but it could be a various amount of options. In the defensive Midfield, I see Diawara coming in for Veretout to play alongside Bryan cristante. Roma needs to rest Jordan veretout or Bryan cristante because of the game that has upcoming next weekend against Napoli; they need some rested legs. In the central Midfield, we’re likely to see Hendrick Mkhitaryan, who just completed a move that will see him and extend his stay for next season while Roma and Arsenal have reached an agreement but will continue to negotiate a permanent transfer. He has played the last two games, but Roma does not have another option in this position. On the wings, I suspect to see Roma go with athleticism and speed with Justin kluivert and Carlos Perez. Then upfront as the central Striker, we will surely see Edin Dzeko, who is looking for a rebound game after not playing well against AC Milan. Roma will have a lot of depth off the bench with Jordan veretout, Cengiz Under, and others available if needed. I see Hendrick Mkhitaryan as the key player for Roma; if he has time and space to operate, he could be very dangerous, not only facilitating but the ability to score as well he’s definitely the one to watch for Roma in this matchup.

Udinesse is winless in the last 9 and will get dropped near the drop if they are not careful. This is a team that typically comes out of the 3-5-2 formation this is something that they should consider changing before this game on Wednesday, but I would be surprised if they do. Their tactical approach clearly didn’t work over the weekend; if it did, they would not have conceded seven goals. However, they have specifically used the 3-5-2 formation all season, and it seems like they’re unlikely to change it even though that is the right approach given the situation. In goal, it should be Musso the backline should consist of Samir at left-back, bedside should be center-back Troost-Ekong then at right-back Rodrigo Becao. In their attacking Midfield, they have a set up of three Central midfielders as De Paul, Jajalo, and Fofana are likely to supply that area given the injury to Mandragora. Then we should see Sema on the left-wing and a Wallace on the right-wing. Then as always upfront, the two main Strikers of Okaka and Kevin Lasagna. The most important and key player for this team is Kevin Lasagna; he needs to have a phenomenal game if they’re even going to have a chance.

Roma must find a way to win this game any dropped points whatsoever would be utterly disappointing. Roma’s gap between themselves and Napoli has shrunk, and given the fact that they play Napoli next weekend, they need to make sure they stay out in front. Three points should not be hopeful, thinking three-point should be required. All due respect to Udinesse, but they do not have the team Roma have as they have struggled this season. Roma just can’t drop points against the team that is winless in their last nine. In order to do this quite, simply no mistakes can occur from the Roman’s point of view. Roma cannot beat themselves. In the opening two games since the restart, Roma had made catastrophic mistakes defensively that have cost them points. Luckily edin Dzeko rescued them again Sampdoria the last weekend against Milan; it cost them points that AC Milan probably didn’t deserve. Roma will be without Lorenzo Pellegrini, the team’s best passer, but none the less they have quality in their Midfield to make up for it with Mkhitaryan Justin kluivert and Carlos Perez they have speed and athleticism to make things very difficult on Udinesse. Udin is not strong defensively, and they have known to have mistaken them. Once Roma gets going in this game, there’s nothing that should be able to stop them. Even though Romo did not play particularly well over the last two games, this is a game; they have a change to get their momentum back that they so desperately need right now. Udinese will be without Rolando Mandragora who is one of their best players he offers so much in many facts of the game he will be surely missed in this game we all hope he has a speedy recovery from his ACL he recently tore. Roma will still have to deal with Rodrigo De Paul in the Midfield but, most importantly, neutralizing Kevin lasagna going forward. Kevin lasagna may not be a big name, but he is known to come through and some big moments and is capable of being a Difference Maker in a match like this. Edin Dzeko was neutralized against Milan primarily due to the heat exhaustion I reckon he’s in for a big game on Thursday, especially against a weak team that probably will not be able to handle the big Bosnian. Roman needs a rebound performance, and I think they’ll get one. They should rip apart Udin as they try to take some momentum into the biggest game of the season against Napoli next weekend. Maximum points must be collected; anything short of that is a disappointment. Roma should have no problem doing that against a team that hasn’t tasted victory in months. 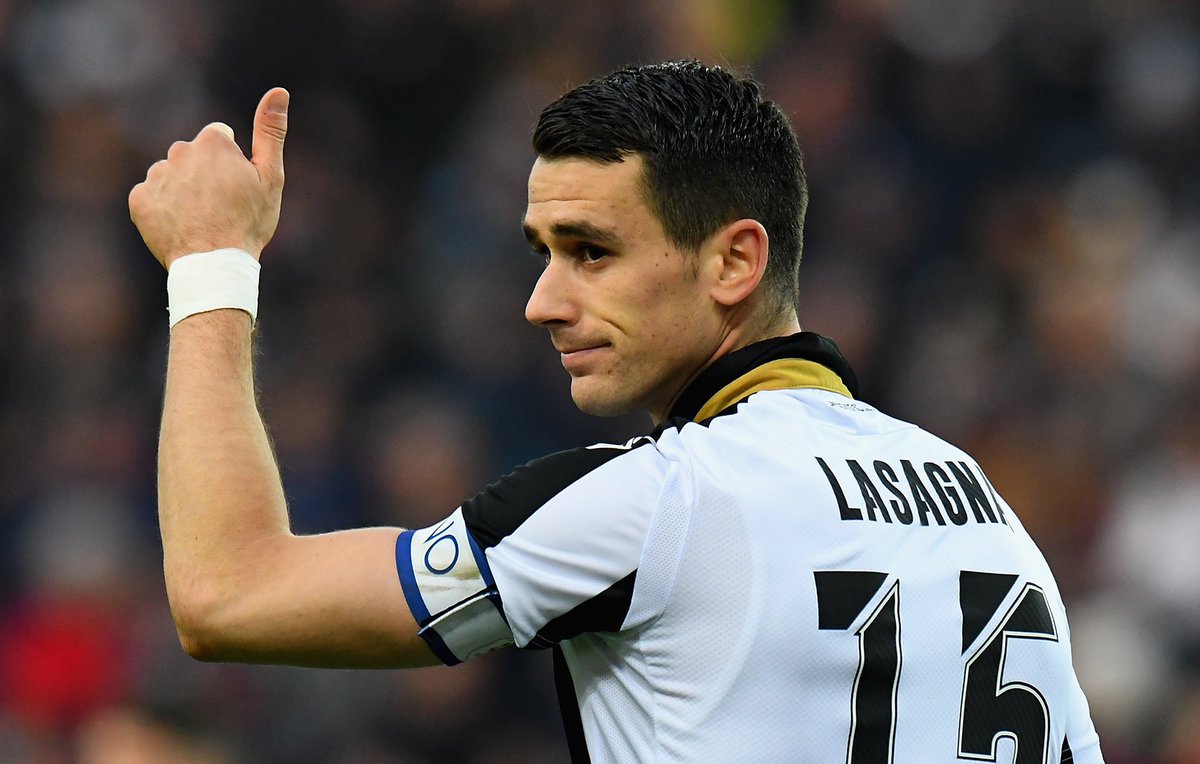