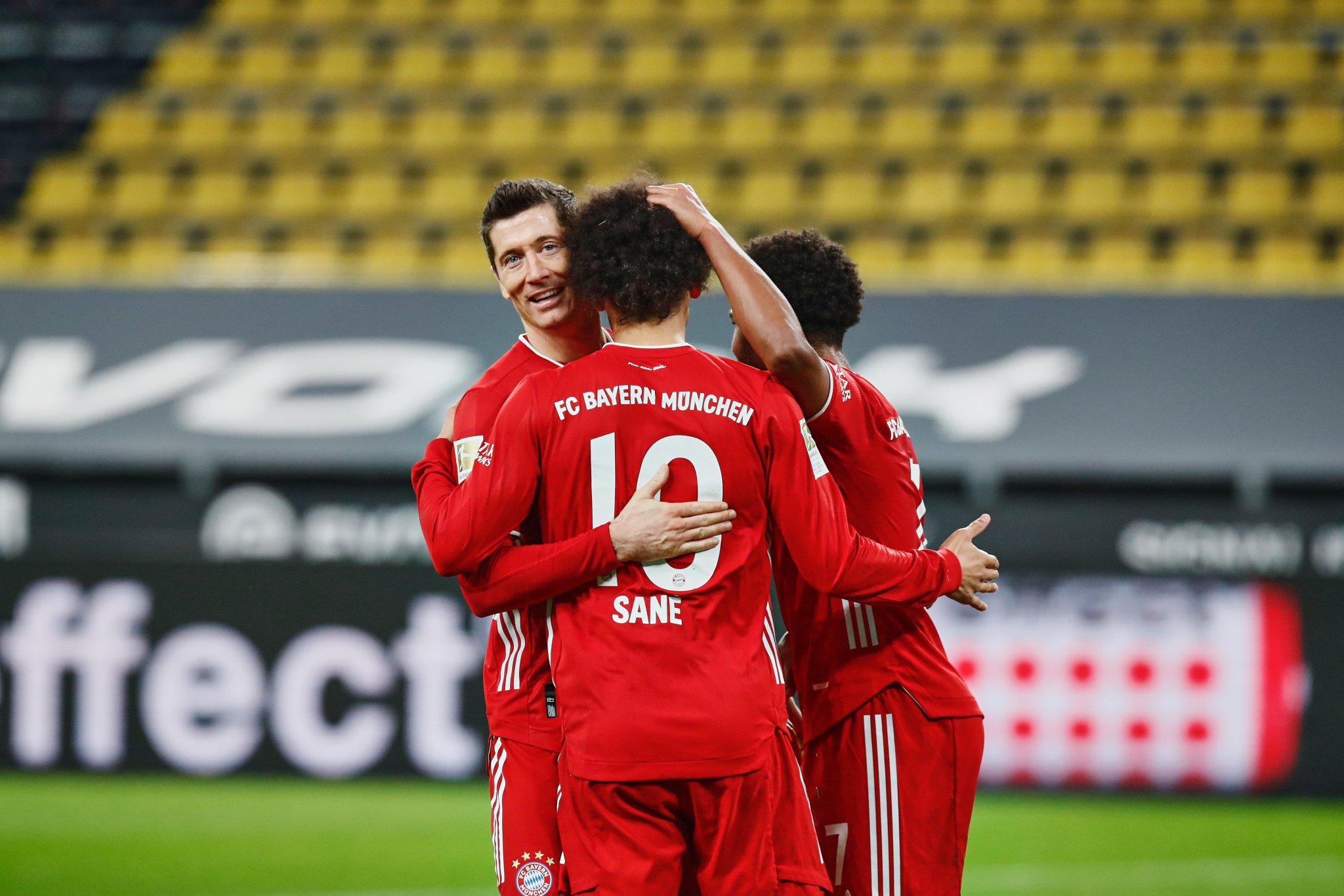 Last week we saw one of the most anticipated matches of European football. The El Classica between Bayern Munich and Borussia Dortmund. Two Rivals and two teams that will be gunning for that the Bundesliga title. Bayern Munich the best team in the world the defending champions having won a treble last season and Dortmund with a fully capable Squad lead by erling haaland. Not only would it add more fuel to the fire in the Bundesliga title race but it will be a battle of the bundesliga’s best strikers as Robert Lewandowski and erling haaland would go head-to-head in Dortmund one of the most difficult places to play but even so this is Bayern Munich. In the opening minute Bayern Munich try to stamp their Authority as Robert Lewandowski got into the box with a powerful strike that hit the side netting. Dortmund would try to respond a bit later when erling haaland within on goal but his touch was a little premature as it did not have the distance the Norwegian Striker try to find the bottom corner but just didn’t get there. prior to the attack Joshua kimmich picked up and injury. The match only intensified after that in a battle between two German Giants we finally got an opener at the very end of the first half. Rafael Guerreiro supplied a perfect pass into the box to find Marco Reus the German captain ripped a strike into the top corner to give Dortmund a 1-0 lead. Unfortunately it would not last very long and the closing moments of stoppage time on a free kick from outside the box Thomas Miller laid it off to David Alaba who hit a rocket into the top corner to equalize. Dortmund could not even get to the end of the first half with a lead as they lose their advantage within minutes. In the second half Bayern Munich started take over and even though Dortmund had their chances to get into those spaces to be effective this is Bayern Munich for whatever reason Dortmund just can’t handle the juggernaut Robert Lewandowski who had a goal disallowed in the first half finally found his footing in the match. Across from the wing met the back of his head beating Roman burki into the bottom corner in what was an incredibly difficult angle according to the metrics he had a 7% chance of scoring from where he connected with the ball a absolutely world-class touch that gives Bayern Munich a 2-1 lead. Bayern Munich we’re able to convert on a counter attack lead by Robert Lewandowski supplying the ball into Leroy Sane who cut Inside the Box showed impressive dribbling skills before sending the ball into the bottom corner to give Bayern Munich a 3-1 lead. Erling haaland almost immediately after the third goal caught a ball from Rafael Guerrero on the counter-attack went around the keeper placing the ball in the back of the net to minimize the deficit. Despite the chances that Dortmund have in this game it was too little too late as erling Haaland strike looked like a consolation as Robert Lewandowski scored again but once again it was wiped off Bayern Munich hold on and still show superiority in the El Clasica Bayern are back at the top of the league in German Football with Dortmund once again falling short against their biggest rivals. 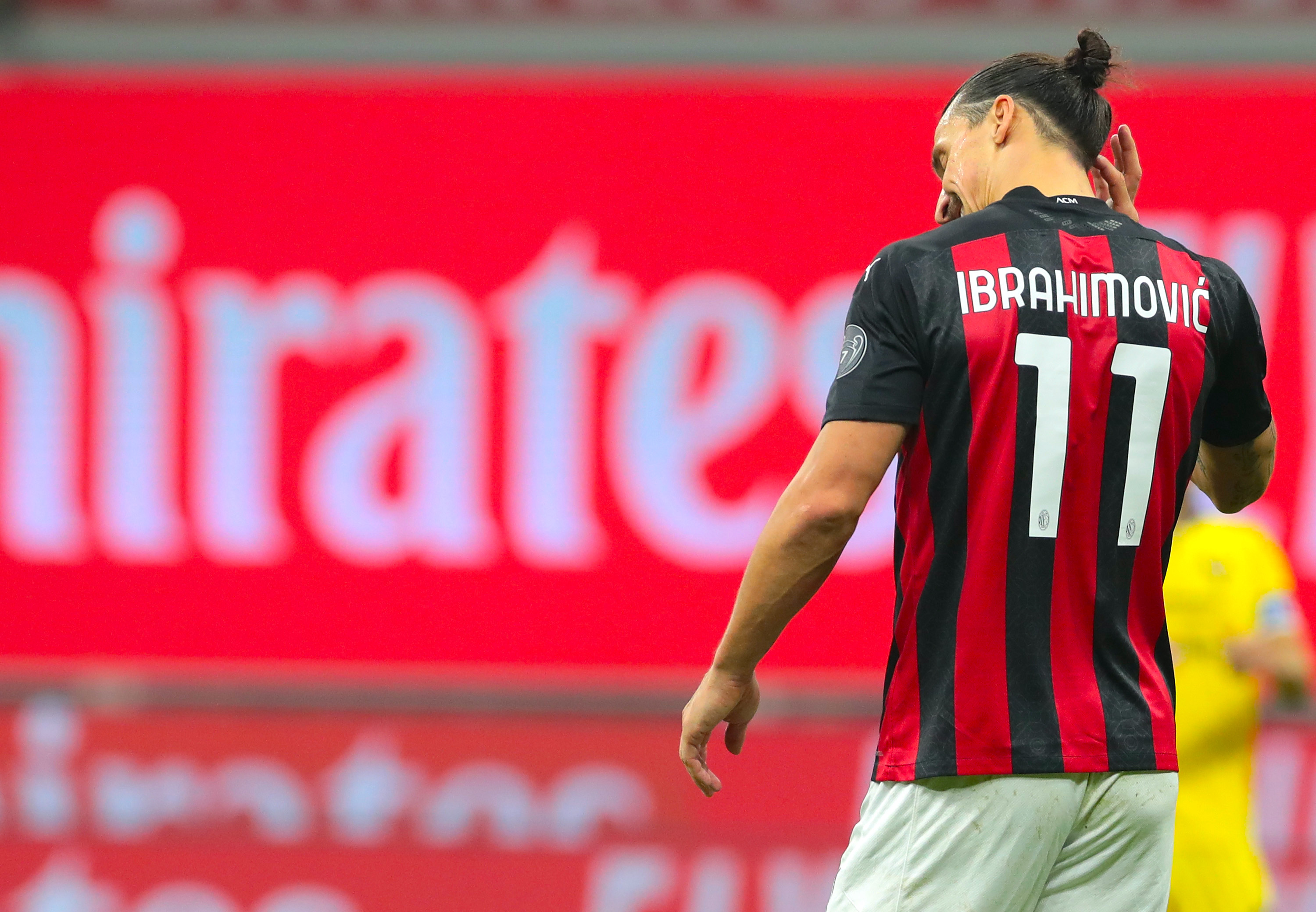 Hellas Verona continue to look like a team capable of making some noise this campaign. After a ninth-place finish last season they lost three piece and still look like they can keep it going against AC Milan a team that’s currently sits at the top of the league they had a couple tricks up their sleeve. It was a wild first half at the San Siro last weekend with Verona really going to try to undermine the power and strength of AC Milan. Are a Milan the real deal after this match they were certainly be questions about that. Early scare as Hellas Verona came within inches of taking the lead donnarumma was able to deal with the close-range strike at his goal but sooner or later Hellas Verona was going to break through and that’s exactly what they did in the opening 10 minutes Anton Barak was at the post after a strike coming off the crossbar putting it into the back of the net to give Hellas Verona a 1-0 lead. Not long after David Calabria supplied a deep deflection that ended up in the back of his own net Hellas Verona would double their advantage taking a 2-0 lead. Hellas Verona were the best team in this game and had a lot of contribution from the goalkeeper. Franck kessie would get AC Milan back in the game as his well timed run and strike gave Milan the chance of a comeback. Countless times di Silvestri was denying the AC Milan attack on a regular basis even Ibrahimovic hitting the post gave Milan some confidence. In the second half AC Milan were given a penalty but Ibrahimovic skied it in what was a horrendous game for AC Milan leader. In the closing moments of the game Ibrahimovic found one moment and rescued AC Milan of a point but Hellas Verona outplay AC Milan at the San Siro exposing that they’re not as good as people think. Hungary and Iceland battled for a place in Euro 2020. It was a very physical match with both teams having chances from both ends. It started erratically for the hungarians who are seeking to make their second consecutive European championships after doing so well in 2016 this team was determined to try to get back in the game. Iceland did take the lead though through a mistake as a strike slip through the goalkeepers hands as a giphy sigurdsson gives Iceland a 1-0 lead. Hungary for a good portion of the game was battling Against Time. Even though they had opportunities and it came close on a multiple chances throughout the game They needed a way back into it. Iceland was the Cinderella story of the 2016 Euro championships they were on the verge a potentially making another run in fact they were about 4 minutes away from making that a from making that a reality. However the Hungarian spirit was undeniable as their Superstar Dominik Szoboszlai continually try to put them in the best position to be successful. A mistake in the Iceland backline allowed Hungary to get one back in the 88th minute. All of a sudden it was any man’s game for Iceland there was one problem Hungary had the best player on the pitch Dominik Szoboszlai drove the ball from the Midfield going forward just outside the box hitting a curler the ended up in the back of the net in the 92nd minute Hungary because of late Dramatics would find their way back into the European championship it seems like they will fight for everything they have even if they are now in the group of death Hungary has a superstar for the first time since puskas as the make the Euros for the second time in a row.