Bayern Munich is the overwhelming favorite to retain the Champions League. I would even go a step further than that. I think this team has the capabilities of potentially winning the next two, maybe the next three. This is how loaded this team is. Their squad depth their qualities Within and what they can potentially do going forward. Bayern Munich does not have very many weaknesses occasionally; they can show some signs of weakness is defensive. However, the scary thing about this is that they have the resources to add even more pieces into the mix. Maybe even as soon as January, if they can add another center-back either January or the summer, they will make this team almost unbeatable. If we’re really honest about the situation and I know they’ve only won the Champions League with this current team, this could go down as one of the most excellent sides we have ever seen the European football. Top to bottom, they are heavy favorites, and I think most people would say they are almost unbeatable, especially over two legs. RB Leipzig did end up outplaying them in a 3-3 draw last week, and they even drop points against Union Berlin; however, the Bundesliga is the best league in the world and occasionally can the beaten. However, in a Champions League setting, it is tough to imagine any team carrying that type of momentum over two legs. The depth of options that they have is ridiculous. They lost Philippe Coutinho and Ivan perisic and replaced them with Leroy Sane and several other pieces. Back to front, they have world-class quality piercing through them. The team’s engine is Thomas Muller, one of the best couple players in the world with other attacking options like Serge gnabry and obviously Robert Lewandowski, the best striker in the world, no conversation. Not to mention their Midfield is largely orchestrated through Joshua kimmich and Leon goretzka to other players that are considered in the top 15 in the world. Then to have all of that together, you have Alphonso Davies, one of the best attacking-minded Defenders with guys like David Alaba Jerome Boateng and others who have been there and done that, not to mention and Benjamin pavard, who may be the best switch Defender as I call it someone who can attack and defend at almost the same rate. This team is virtually unbeatable. Hans flick has rejuvenized this team, and they have become and another juggernaut. It would take a specific component to beat them. On a good night, they can be beaten, but over two legs will be challenging, so the list of teams that can potentially take them out and so small. They have a similar build up to what Real Madrid did with their three-peat, except they have a better Coach, and they have some really lovely pieces within the team with some youngsters that have been gaining minutes this season and proving their value within this team in addition. Bayern Munich is a monster; it is a problem for everybody. They will annihilate Lazio in the round of 16, which will only drive them into the final. Bayern Munich can still come through when being outplayed in the Champions League final last year against PSG Bayern did not play very well. They still got the result; that’s how dangerous they are, and even though That’s the scary part, Robert Lewandowski can play poorly, and Bayern Munich can still rip you apart. They are the favorites for the Champions League. I fully expect them to win it. 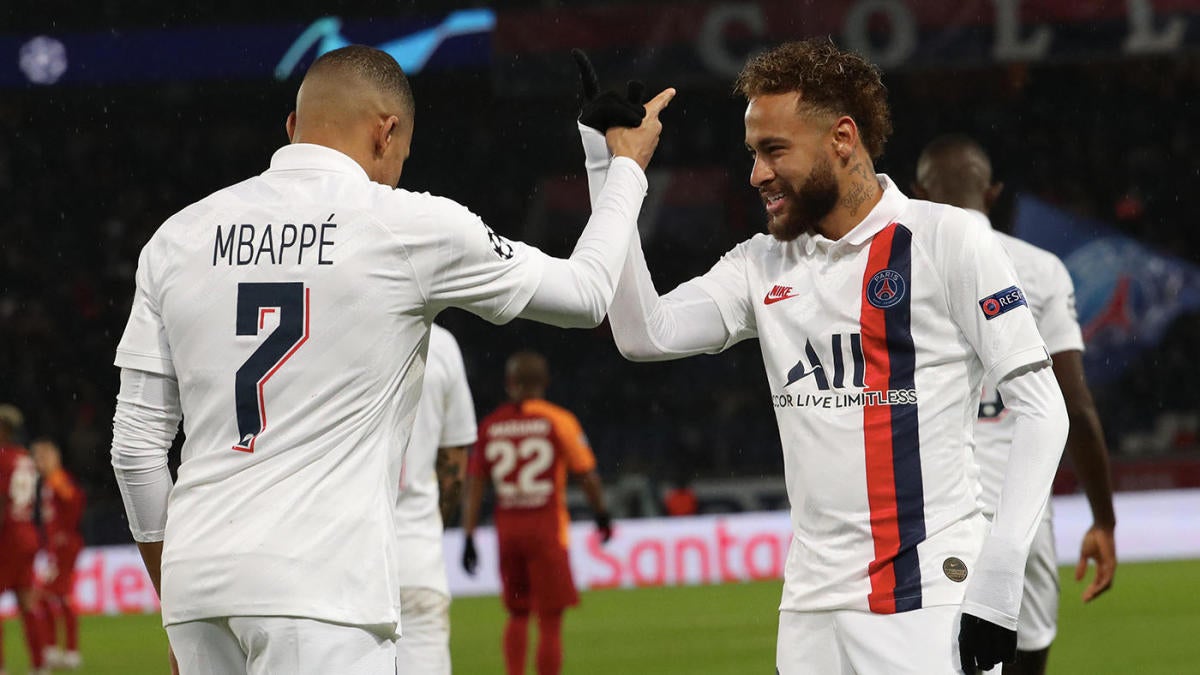 Bayern Munich has have the ability to put together an incredible Dynasty. However, I believe there is only one team that can beat Bayern Munich. It is the same team they beat in the Champions League final PSG. The French Champions are not doing as well as they typically do in the league domestically; however I could care less about that. That isn’t what this is about. Just because you’re not in first place in your league doesn’t mean you’re not capable of taking down the Iron Giant. I wouldn’t go as far to say as it’s going to be David vs Goliath, but it’s going to take a lot to take down that Bayern Munich team. PSG have a chance to take them down either in a one-off game, which would be a repeat of last year’s Champions League final, or over two legs. Again Bayern will be the favorite in any game these two teams play, but if you’re asking me, can Liverpool, Manchester City, RB Leipzig Athletico Madrid can any of these teams take Bayern Munich down? The answer would be no, but if you’re saying, can PSG beat Bayern Munich, the answer is yes. The big important thing I said there is they can again. I don’t think it’s likely to happen, but they have a good enough team, to pull it off. PSG has something that Bayern Munich does not; they have the best player in the world. if Neymar is healthy, he is the best player going right now, and right now, it’s not even close. The creativity that he can provide a Midfield, his dribbling, his mentality the away he can come up big and huge games can pull into PSG’s favor regardless of who lines up for either team; when these two teams inevitably play, PSG will have the best player that’s a considerable Advantage especially because of the margin he is the world’s best. You add that with Killian mbappe, who missed the big chances in the Champions League final, Neymar set him up so many times, and he just couldn’t come through. Killian mbappe is a concern and also a huge reason why they can take them out. He has folded and come up short and big Champions League games, but somehow, Neymar and mbappe can get on the same page and deliver; they have all the materials to take them down. Bayern Munich is definitely the more complete team with a better coach and is being challenged more regularly in the Bundesliga. However, PSG has experience from top to bottom and the best player in the world and one of the best youngsters. Angel Di Maria has one Champions Leagues who has challenged himself and has been an absolute dime for this team. One of the best midfielders in the world, Marco Verratti and a goalkeeper and Keylor Navas, was on that Real Madrid three peat Champions League team. With marquinhos Juan Bernat Ander Herrera, even Moise Kean is on fire; the young Italian has been in such good form, and it gives PSG another option. Top-to-bottom Bayern has the better team, but if you’re asking me over two legs and Neymar and Company do enough to beat Bayern Munich, yes, they can. PSG has the materials to take them down no other team has that it gives them a slight chance they can outplay them in a Champions League final it will be easier for them in a one-legged scenario rather than two. Still, when you have Neymar and mbappe and a lot of these players that PSG has, you’re going to have a chance, it’s not nearly as complete of a team like Bayern Munich; this is the only other team in this competition that can actually beat them and take their crown it will be challenging, but this PSG team is capable of it as unlikely as it may be.