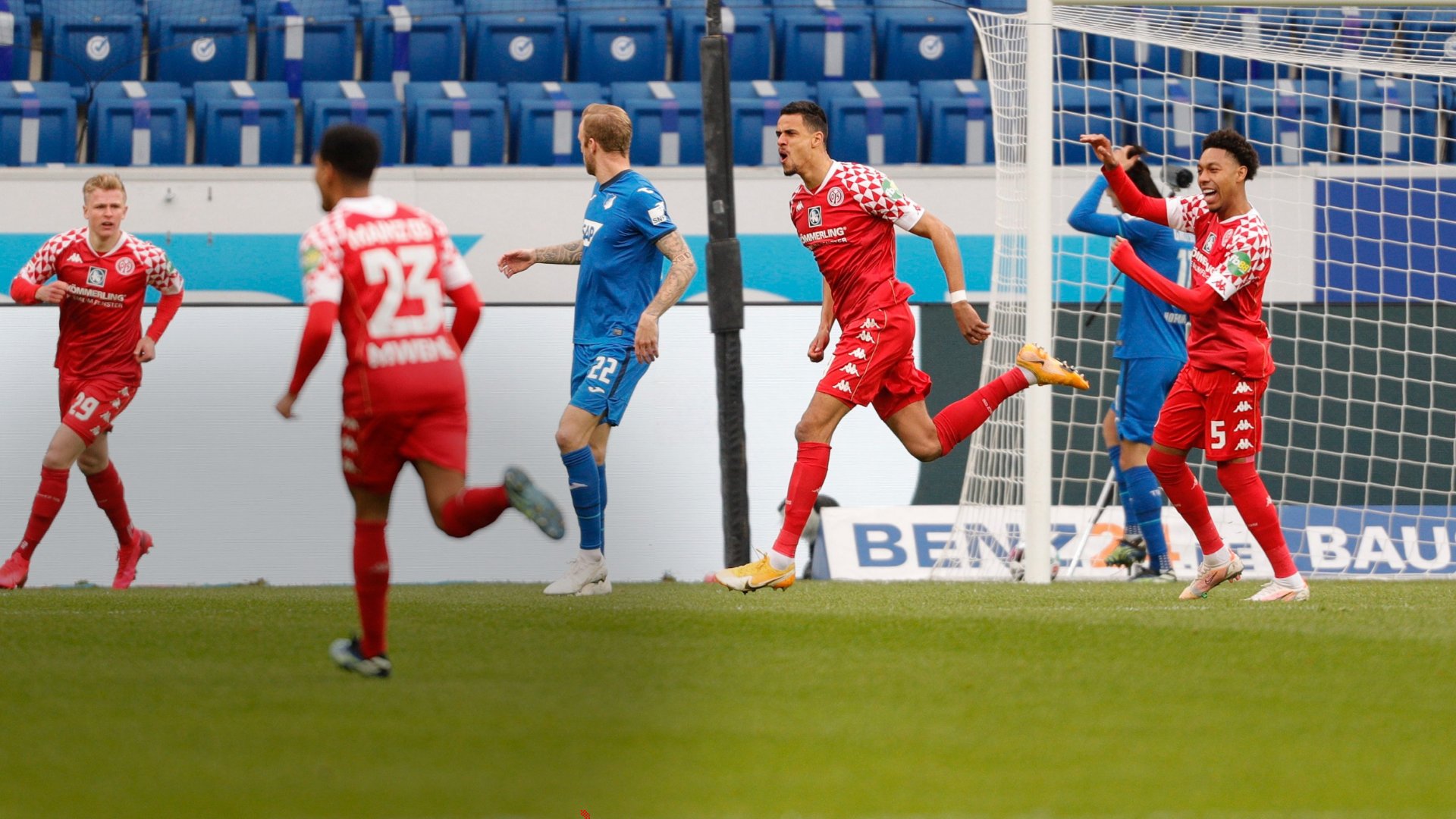 This weekend in the Bundesliga, we saw the battle for safety heat up with many moving parts near the bottom of the Bundesliga. Mainz has been near the bottom of the table all season and has really struggled to find that separation to break away from their other counterparts. Right now, there are five or six different teams that do not know their future Beyond this season. It is truly going to be a fight until the finish for them to try to escape the dreaded bottom-of-the-table. Mainz is having a horrible season and seemed throughout this campaign as a likely relegation candidate. Slowly but surely, they have worked their way into a place where they could create some separation from the bottom, even the possibility of getting out from the Relegation zone. Mainz took on Hoffenheim with a possibility of them finally getting out of the bottom three. Hoffenheim is another team that has significantly struggled this season, maybe not to the same extent but there sure was a lot on the line for mines that do not have a lot of time left to escape the bottom. They’re only nine games remaining, and if there was ever a time to get in good form, it was right here right now. It turned out to be an exhilarating yet significant game for both sides. Mainz did not wait very long in the opening minutes mine’s took the ball off the defense before blank cut into the box, beating the goalkeeper with a striped being tucked right at the near post to give mines a 1-0 lead. Mine’s did not have a lot of the ball the supplying the majority of the chances. Hoffenheim tried to use their possession to get into those dangerous spaces to get them back into the game. It became a little bit, Nick and Tuck, throughout the first half, but eventually, after a dramatic start, the game would go a little dull until near the end of the first half. Hoffenheim eventually got the leveler Bebu found space at the side of the box and just hit a curler into the side of the neck at Hoffenheim and get back into the game. His best ever goal-scoring output in the Bundesliga as Bebu has scored seven Bundesliga goals this season. However, Hoffenheim got back into the game, but it was only temporarily. 2 minutes later, coming off a corner kick, Mainz put themselves back in front. A beautifully orchestrated header finding the back of the net wood help mice retake a 2-1 lead. After the opening 45 minutes, it was a 2-1 as mines had their advantage. In the second half, both sides had some big opportunities with an opportunity for this game to be flipped on its head once again. Andrej dramatically nearly got the equalizer A cross coming from the box’s side right to Hoffenheim’s top-scorer, Andrej Kramatic tries to connect on the header inches away from getting the goal. In hindsight, he probably should have struck it with his foot; he was very close to scoring, but maybe more power on strike would have made the difference. Then late on in the second half, mine looked like they were going to pull away for good 2 attackers on a break almost by themselves; they had a two-on-one it truly looks like they were going to get a third, but great defending from Hoffenheim disrupted the opportunity. The full-time whistle blew with Mainz escaping the relegation zone for the first time this season with a massive Victory against Hoffenheim and what really turned out to be a fascinating matchup. Whether or not Mainz will be able to survive the rest of the season is unclear, but they got themselves out of the bottom, which gives them a fighting chance following a 2-1 win. 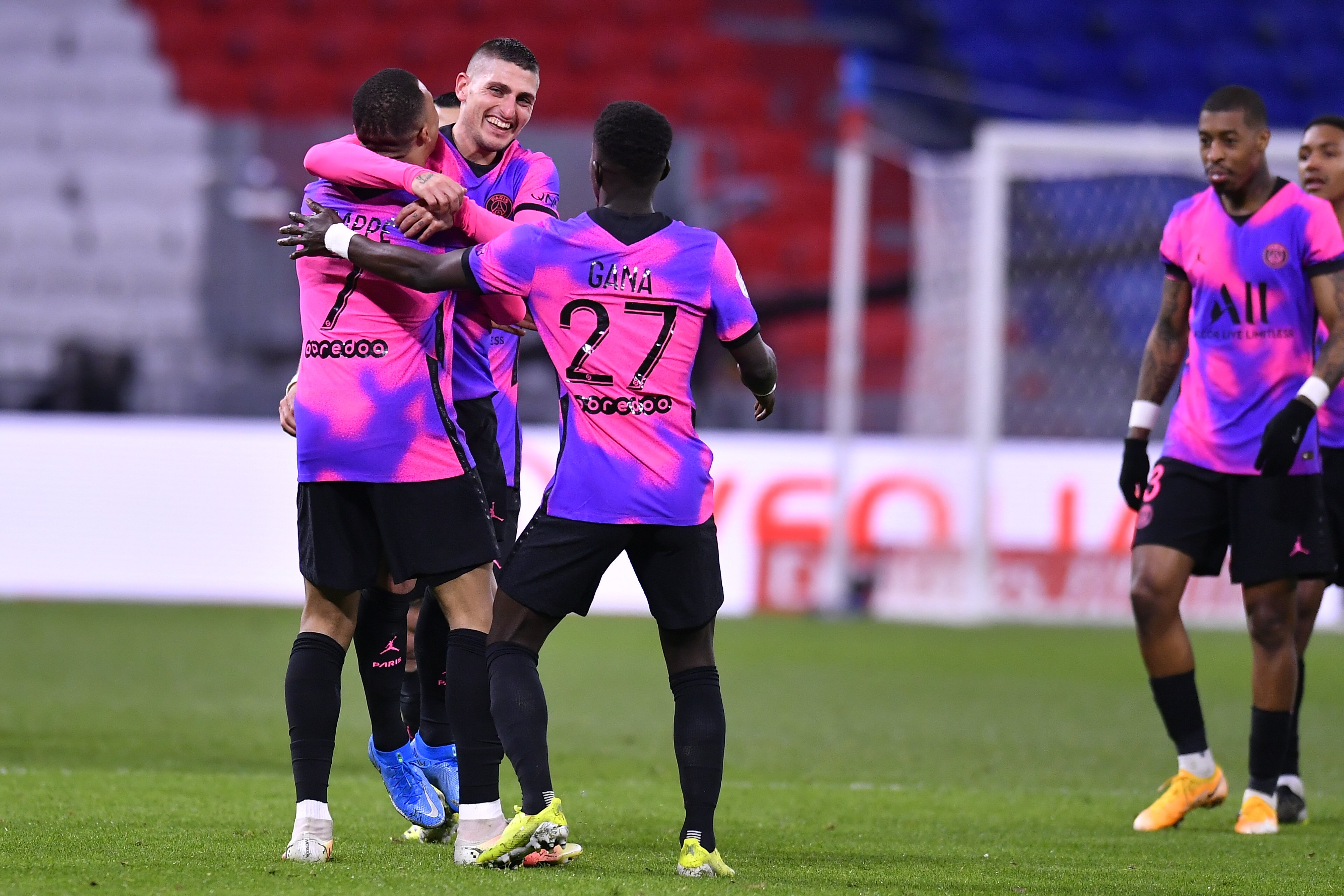 In the French Ligue, we saw a clash that could be very influential for the end of the season. PSG and Olympique Lyon both came into this game level on 60 points; the winner of this match up with ultimately go to the top of the table. This has been so different than many other Seasons. PSG usually dominates the league, not even allowing anybody else to be involved in a title race. However, this season it’s the polar opposite; there is a legit in the title race involving multiple teams, and to be frank, PSG we’re quite a bit back at one point this season, but when you have Neymar, Mbappe, Moise Kean and others you always have the phoenomal to make up ground, and that is exactly what they have done. PSG, Lillie, Olympique Lyon, and Monaco are all still in Striking Distance of the league title; it has been extremely competitive this season. This is why PSG’s match-up with Olympique Lyon was so important because it could have had drastic implications for the rest of the season. This match turned out to be a PSG drubbing. Kylian mbappe getting PSG’s first. A beautifully hit cross from Moise Kean hit on a deflection that sells to the foot of mbappe the Frenchman saw his strike rip through the bottom corner as the League’s top scorer continues to add to his goal total this season as PSG took a 1-0 lead. Just a couple of minutes following the half-hour mark, PSG doubled their lead. A cross coming from the wing ultimately lead to an aerial ball being won by marquinhos setting up Pereira, who struck the bottom corner as PSG took a 2-0 lead. It would be the first time in over a year Olympique Lyon has conceded two goals in the first half. It would not get any better in the second half of them either. PSG continued to run through them. Angel Di Maria got a third for Paris with a deep free-kick with extreme whipage found the back of the net; his strike finding the bottom corner, PSG took a 3-0 lead. Then the icing on the cake for PSG was once again Mbappe, who finished off a Counter-attack finding the back of the net as PSD took a 4-0 lead. It would be Mbappe 100th career League goal, the youngest player ever to accomplish such a feat. He was eventually replaced by Neymar, who makes his first appearance since being sidelined over the last six weeks. The match was cooked, but Olympique Lyon scored twice late one Wonder strike from outside the box as a Silmani then Maxwell cornet scored another, but the damage has already been done as PSG win in dramatic fashion 4-2. 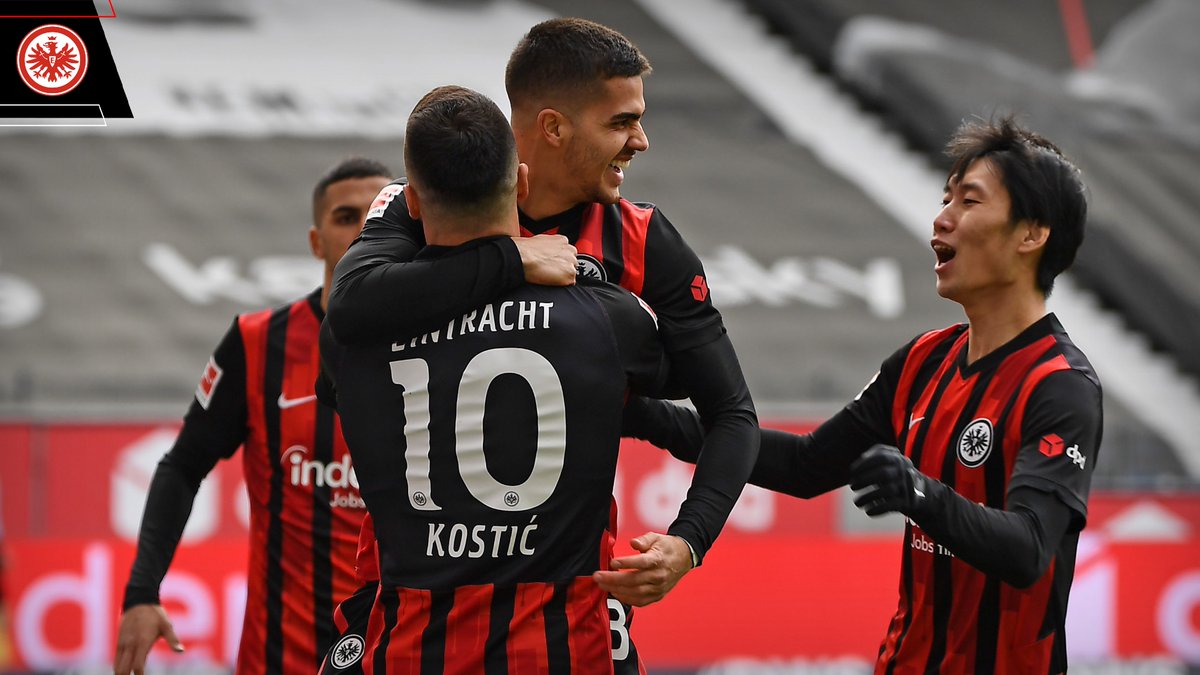 Frankfurt attempted to heighten their Champions League bid as the season heats up with only 9 matches remaining. There is still a significant battle in regards to Wolfsburg, Frankfurt, and Borussia Dortmund. Dortmund are on the outside looking in but still are incapable of catching Frankfurt’s distance going into this game. Frankfurt has been a little inconsistent over the last couple of games and needed an infusion of energy to get back on the right track. They hosted Union Berlin, one of the most exceptional stories of the Bundesliga season, as throughout the season, they have at least pushed for the Europa League. Frankfurt and did not waste very much time as they connected on the opening goal. Filip Kostic kicks out a perfect pass right in Andre Silva’s space; the Portuguese Striker tucked it into the back of the net, scoring his 20th goal of the Bundesliga season. He has been truly exceptional since being in Frankfurt after failing with AC Milan. The Bundesliga has given him the platform to show what he is capable of doing. Union Berlin hit right back not long after the opening goal. Max Kruse Bundesliga journeyman found that into space and converted from just inside the Box a wonderful strike as Union Berlin got their equalizer. It was a back-and-forth type of game, at least initially, but before not too long, Frankfurt was going to push away. Union Berlin made a horrible mistake as the defender supplied a back pass to the goalkeeper that slipped going in the back of their own neck as Frankfort took a 2-1 lead. Then Frankfurt really started taking it to Union Berlin. On a counter-attack Andre Silva and Filip Kostic we’re side by side. Filip Kostic supplied a pass to Andre Silva, who had a look on goal but made the unselfish move to give it right back to his Serbian teammate Filip Kostic essentially buried the strike in the back of the net. As Frankfurt ran out to a 3-1 lead. Unfortunately for Union Berlin, that wasn’t it. Andre Silva would get his second after being sent through by Daichi Kamada. Andre Silva slid the ball in the back of the net, scoring his 21st goal of the season, keeping him as the Bundesliga second top goal scorer. Frankfurt took a 4-1 lead into the second half. It went more or less the same a match dominated by Frankfurt Union Berlin did get back into it slightly as they get a go back as Max Kruse scores another one. A few minutes later, Frankfurt added their 5th when Zuber picked out a pass for Timothy Chandler, scoring a goal as Frankfurt kept their position and won 5-2. Dortmund dropping points to Koln sees Frankfurt in the driver’s seat for Champions League football. Frankfurt has not made the Champions League in the Champions League era and only made the European Cup one time. The last time Frankfurt was involved in that Elite competition was 1960. It has been 60 years since they have made the Champions League Andre Silva, Filip Kostic, Daichi Kamada, and the rest of the Frankfurt team has them on the brink of History. If everyone stays next season, they can contend for the league title. Andre Silva has rebounded in his career and has become one of the League’s best players as this Frankfurt team is on the verge of accomplishing history. The job’s not done yet is Frankfurt is on the closing stretch to Ultimate Champions League confirmation after Andre Silva has two goals and can assist Frankfurt past Union Berlin.