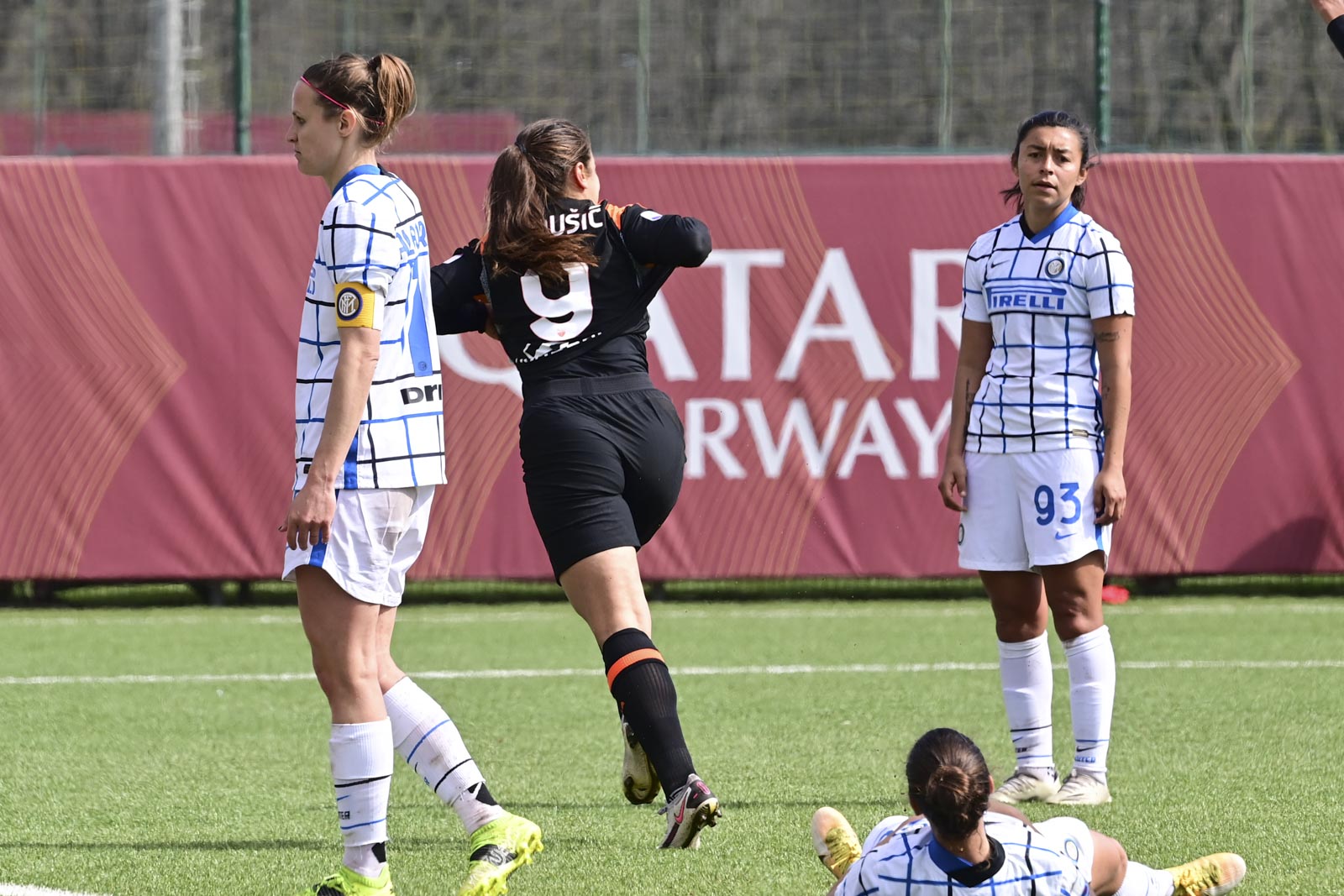 The Roma women with the hottest team in the league until quite recently. It has been an up-and-down season with a lot of negativity and positivity throughout this campaign. Since the turn of the new year, Roma has been on fire. During their last League matchup against Hellas Verona, they saw that winning run come to an end. It was a game full of frustration as Roma dominated the majority of the game and had many high-quality chances. In the first half of that game, they had multiple opportunities to put themselves in front, then in the second half, an insane corner kick goal by Hellas Verona ended the hot streak end. It was a game that highlighted Roma’s biggest strengths and weaknesses as they failed to be clinical enough in front of the goal. However, they did become the first team to beat Juventus this season. Roma beat them in the Coppa Italia Sem-final’s first leg with an opportunity to get themselves a trophy this season. Like I’ve been saying all season, Roma has one of the most talented teams in the league and just haven’t quite got to that place where they can contend for the league, but certainly, there was something to come. Roma still is on the verge of achieving 4th place this season. Had it been a little bit more consistent during the first half of the season, they would have been in range four Champions League football, something that should be an ambition next season. 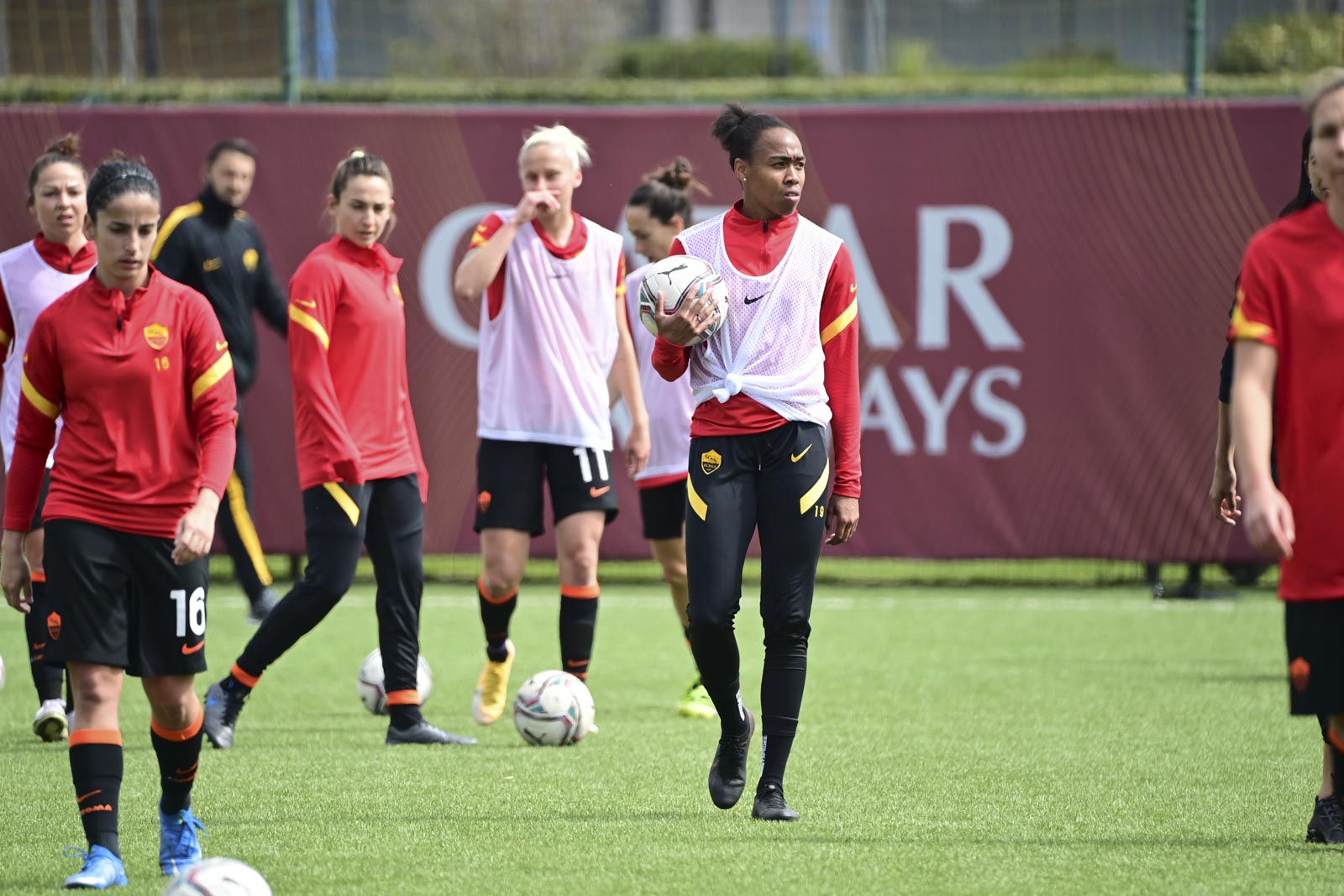 Last Saturday, they took on Inter Milan for the second time this season. Roma and Inter Milan played a 1-1 draw in the first meeting. Roma probably should have finished the job as they were the better team in that game but found themselves on the wrong end Gabriella Martinelli strike that’s all Inter Milan managed to scrape a point Roma came into this game relatively red-hot four wins of their last five wow enter only one win in their last couple of games. Inter Milan is not in a relegation battle; they find themselves in the middle of the table, but considering how close these teams played last time, we figured we would be in for quite a match. Roma was at home this time against an Inter Milan team that has quality players that can make a big difference. It was a very different game than the one we saw in the first meeting in Milan. This was a performance of domination, but then it wasn’t; it was a very obscure game considering how everything went throughout the 90 minutes. Roma started strong, and it showed in fact the Roma did not wait very long to stamp their authority in the game. In the 13th minute, Lindsay Thomas took the ball up the right flank, a one-touch pass delivered to Manuela Giuliano, the midfielder supplying a through Pass back inside to Lindsay Thomas. The French International cut in the box, leaving the goalkeeper out of position, dribble to the center, and then supplied an incredible flashy yet efficient backheel that rolled into the back of the net as Roma took a 1-0 lead. Roma did seem to be the dominant factor in the game, completely controlling possession passing with excellent efficiency and movement. Indoor not being totally dominated though they had significant moments and put pressure on Roma occasionally in the first half. However, Roma, we’re feeling themselves, and we’re in great confidence. A couple of strokes past the half-hour mark, Roma would double their lead. In the 33rd minute, Lindsay Thomas sends a beautifully placed cross coming from the wing, ultimately in the space ofAllyson Swaby the Jamaican Defender guided her header into the top corner giving the goalkeeper not a chance to save it. Roma took a 2-0 as they were just rolling. On the stroke of half-time, Roma nearly got their third a through ball from the Midfield went straight through inside to Lindsay Thomas; she was really close to the touchline she made a last-ditch pass trying to Corral the ball to Manuela Giuliano, but it deflected off a Defender and looks like it was going to cross the line, but the goalkeeper managed to make the save. That would end the first half of play with Roma in a 2-0 lead thanks to Lindsay Thomas scoring herself then applying to Allyson Swaby. 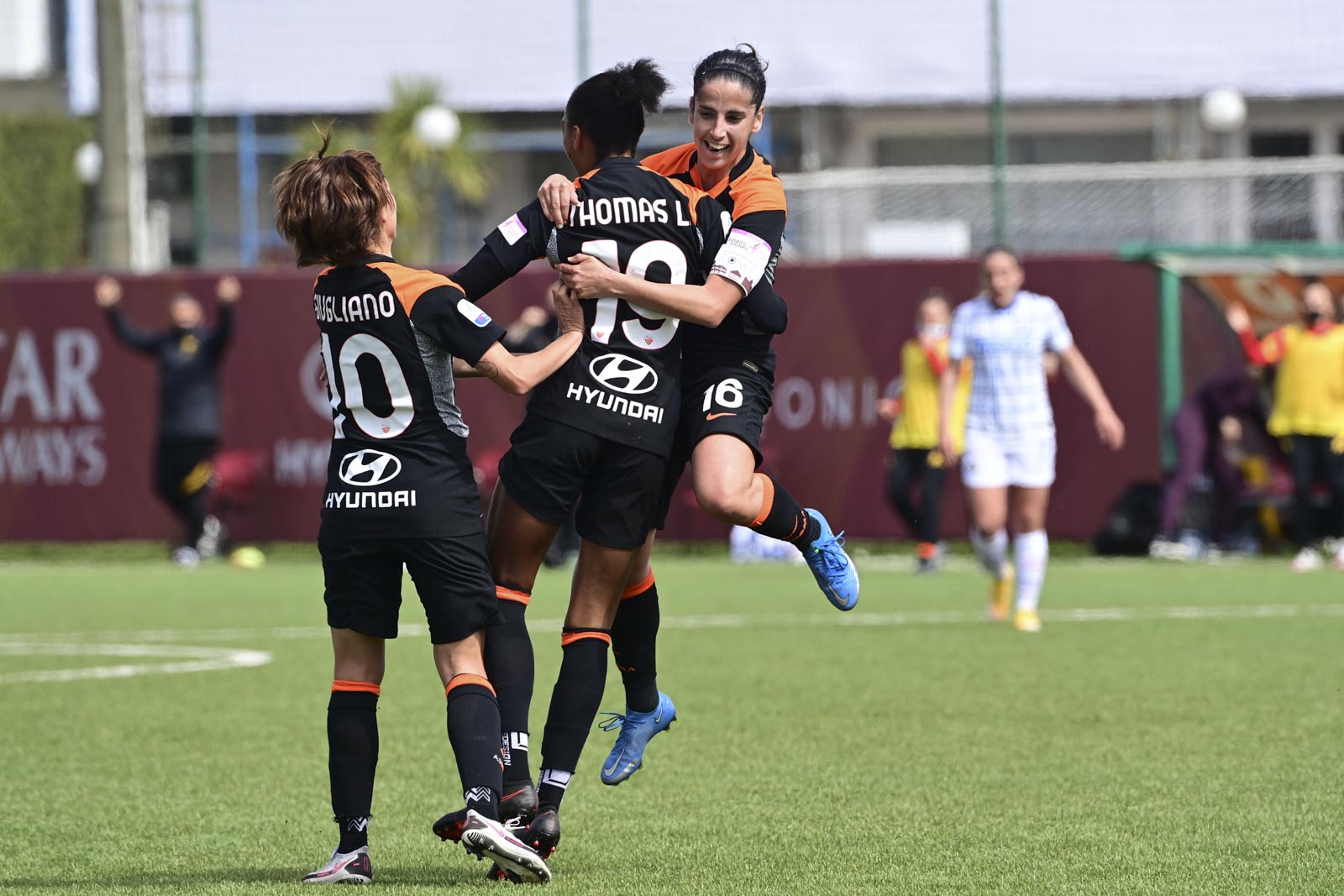 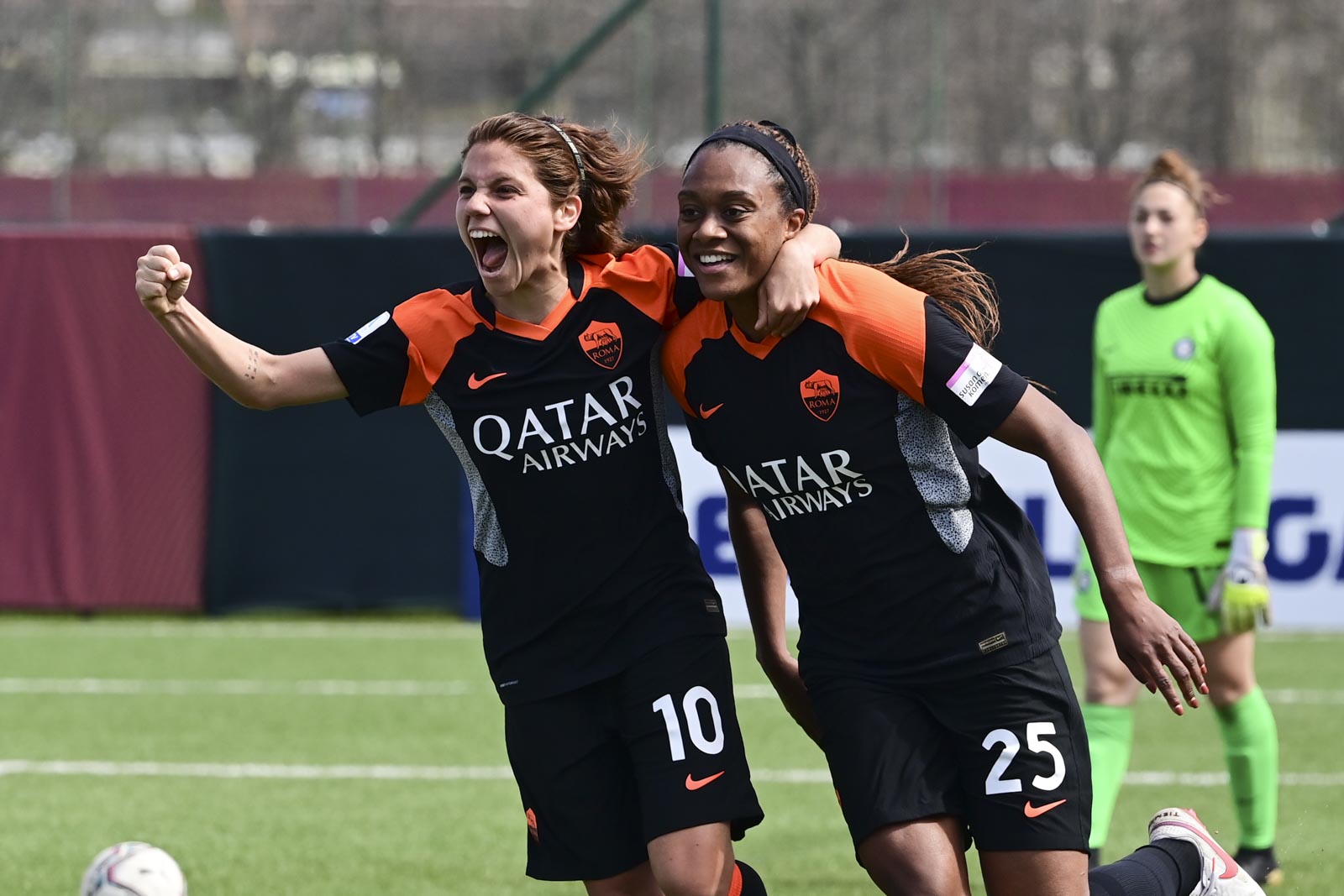 Lindsey Thomas scores backheel then supplies assist to Allyson Swaby as Roma ran out to a 2-0 lead. 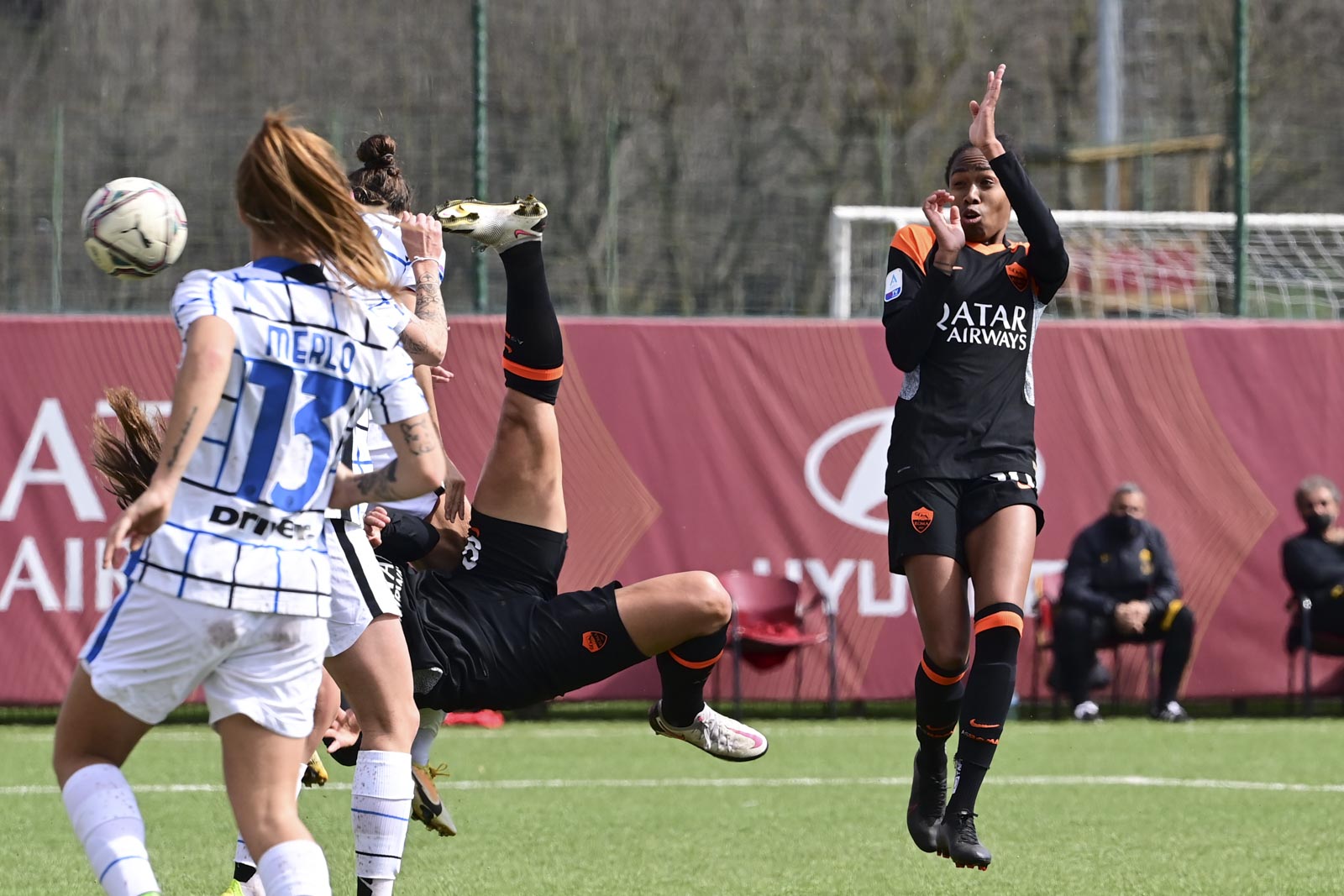 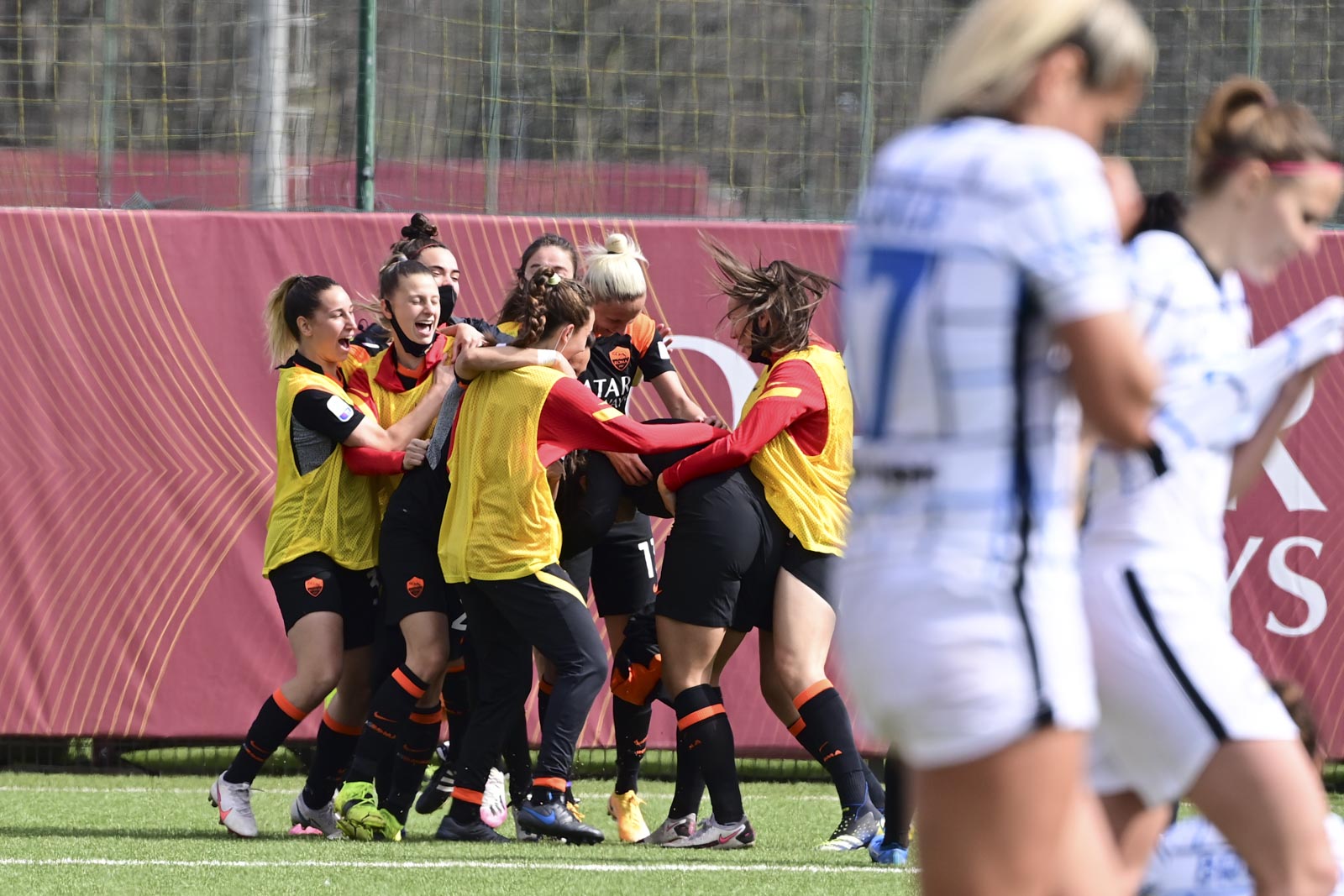 Marija Banusic goes for the spectacular scoring overhead kick to score first goal for the club as Roma win 4-3.

This Roma team used to be so reliant on Annamaria Serturini and Pamela Lazaro. They were scoring the majority of the team’s goals they are two of the best players in the league, and that’s a great thing, but it came to a point where if they didn’t score Roma didn’t win lately that is starting to change we are seeing goals from a multitude of different areas and Roma are becoming a much more compact team instead of a highlight show of two individuals. They are a completely different team than early in the season. During the first half of the season, Roma struggled significantly to finish off games; they also had a difficult time winning on back-to-back occasions. They have won five of their last six games and all competitions and have a puncher’s chance to make it to the Coppa Italia final, where they would be the favored against anybody they play. On Saturday’s game, we saw a combat team that had an offensive explosion. This is the highest scoring output Roma had this season in the league. Inter Milan managed to get back into it, but ultimately, Roma did dominate the majority of the game. They could have even scored as much as six goals in this matchup, and maybe the scoreline makes the game look a lot closer than it actually was. Lindsay Thomas great back heel on the first goal and then supplies Allyson Swaby on the 2nd; then you break the game down a little further, and Roma had a rocket strike from outside the box by Claudia Ciccotti then the freak goal by Marija Banusic after Annamaria Serturini picked out a perfect pass the midfielder turned into a highlight film with an overhead goal. Roma had a three-goal lead in this game; it was ultimately minimized coming off of 2 headers and a freak goal from a Gabriella Martinelli to ultimately win by a small deficit. However, the scoreline itself doesn’t really highlight how easy Roma made this look. Roma must do a better job of not letting their opponents rally back like Inter did it was a little concerning at the end even though inter scored their third goal with the last kick of the game when Roma have a leads like that, they have to punish the opposition and keep the distance they were ultimately unable to do that. Still, if Roma can work on those things, surely this is a team that can achieve great things during the closing stretch of the season. They rebounded and precisely the right way with a great performance; not many negatives to take from this one at all it was a performance dominated by the Roman women as they stay hot, winning the fifth game of their last six.

Women of the Match: Lindsey Thomas 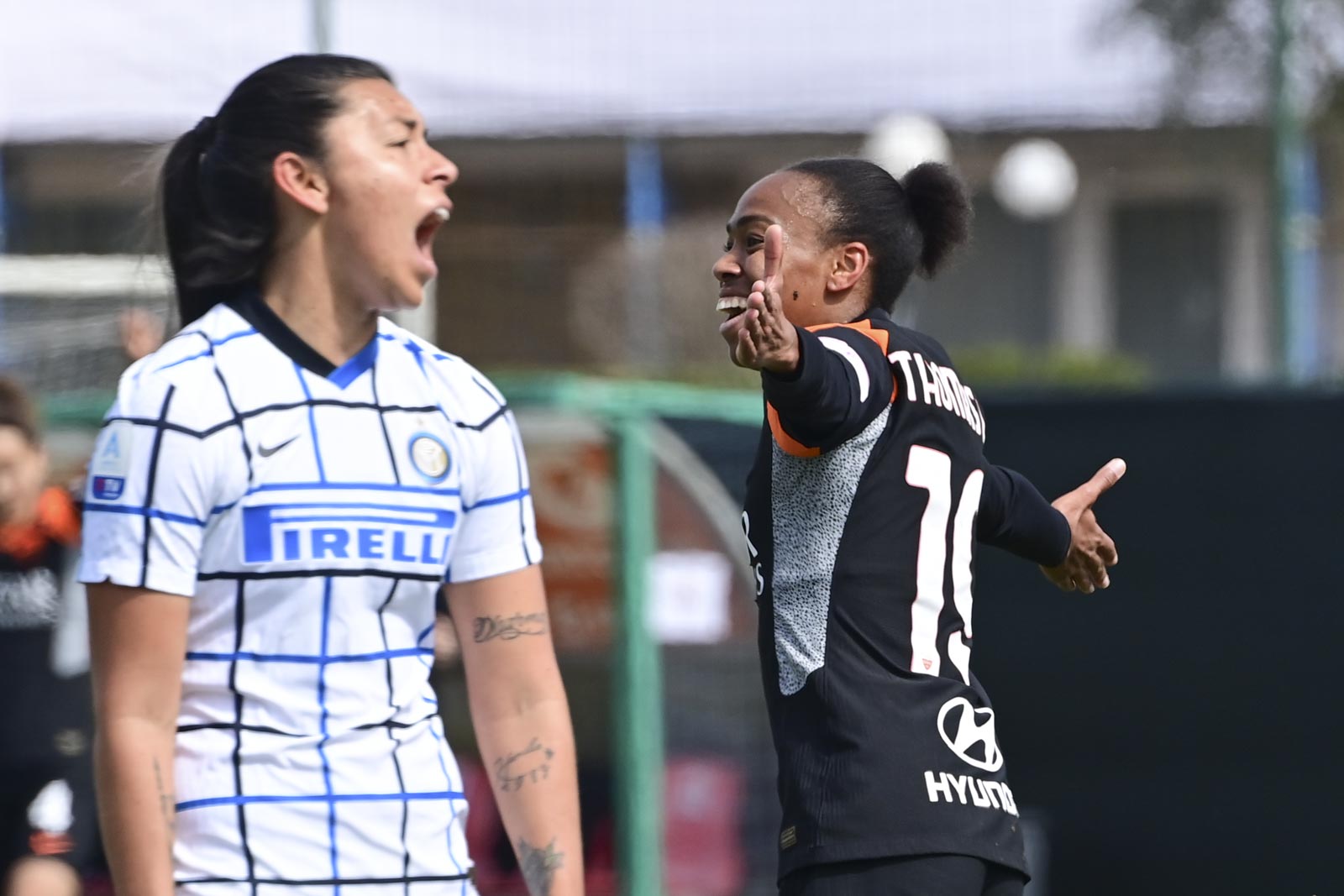 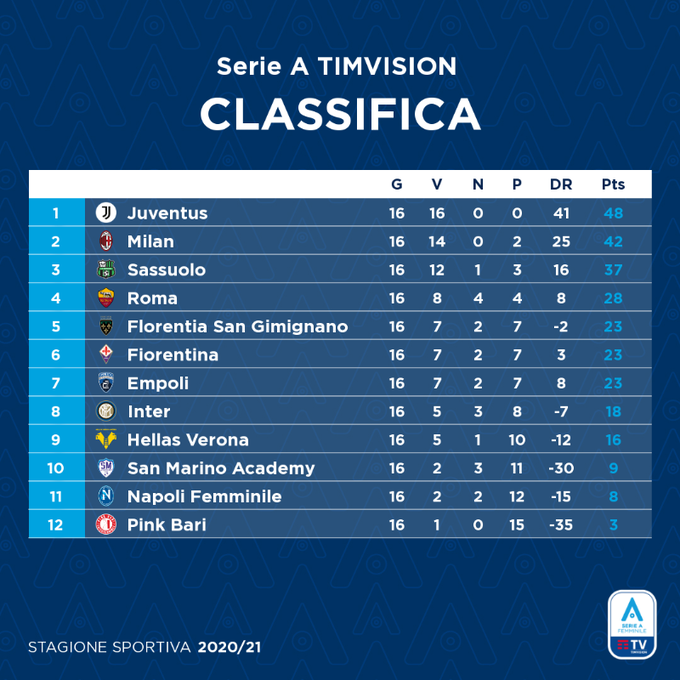 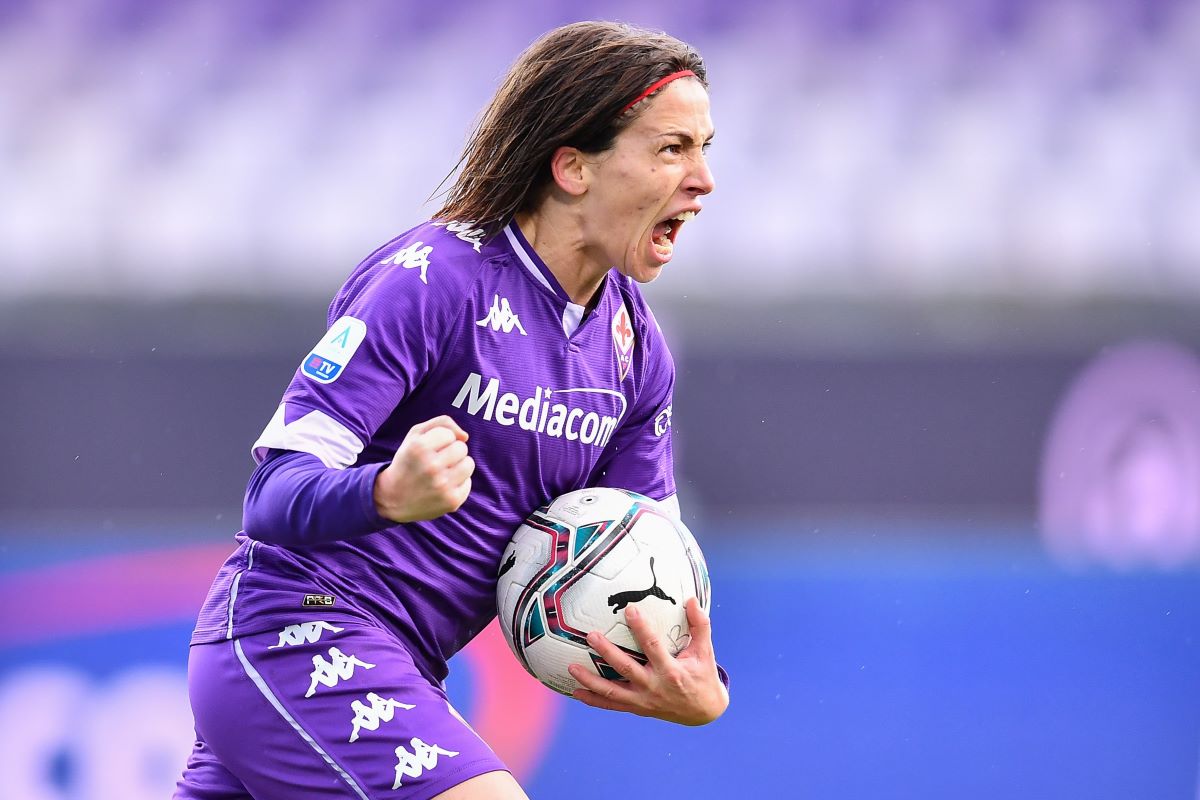 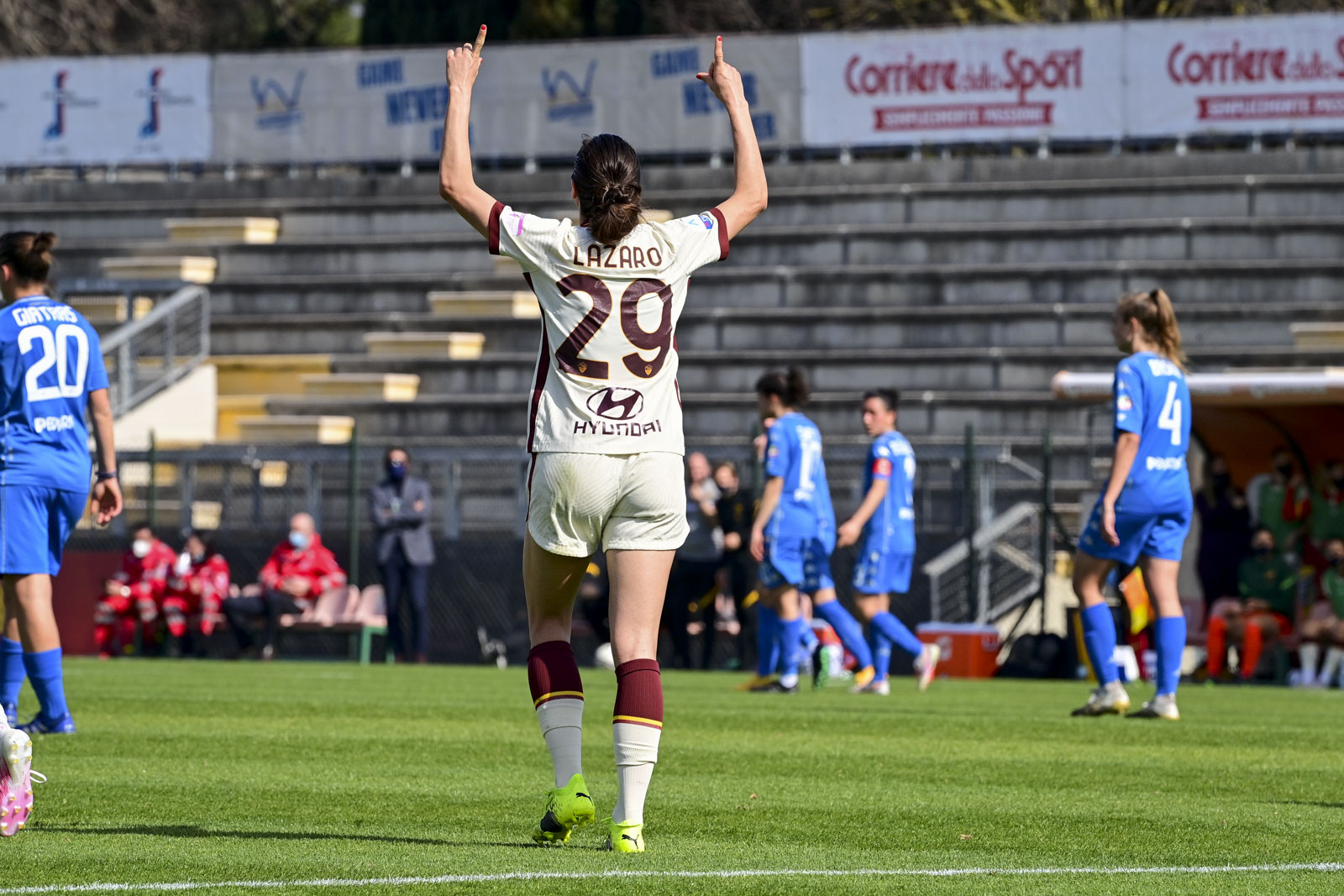 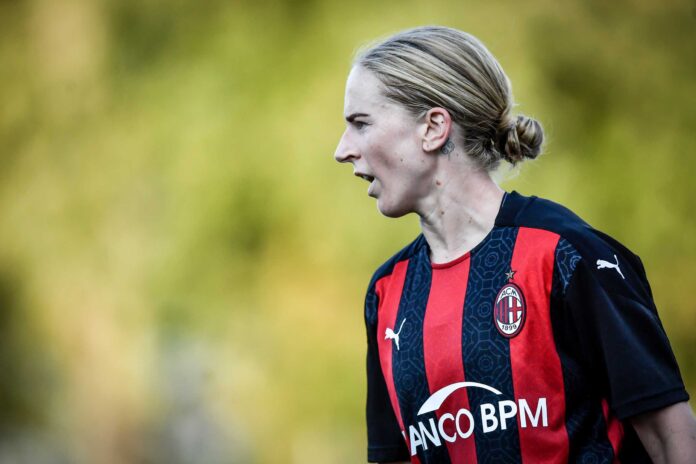 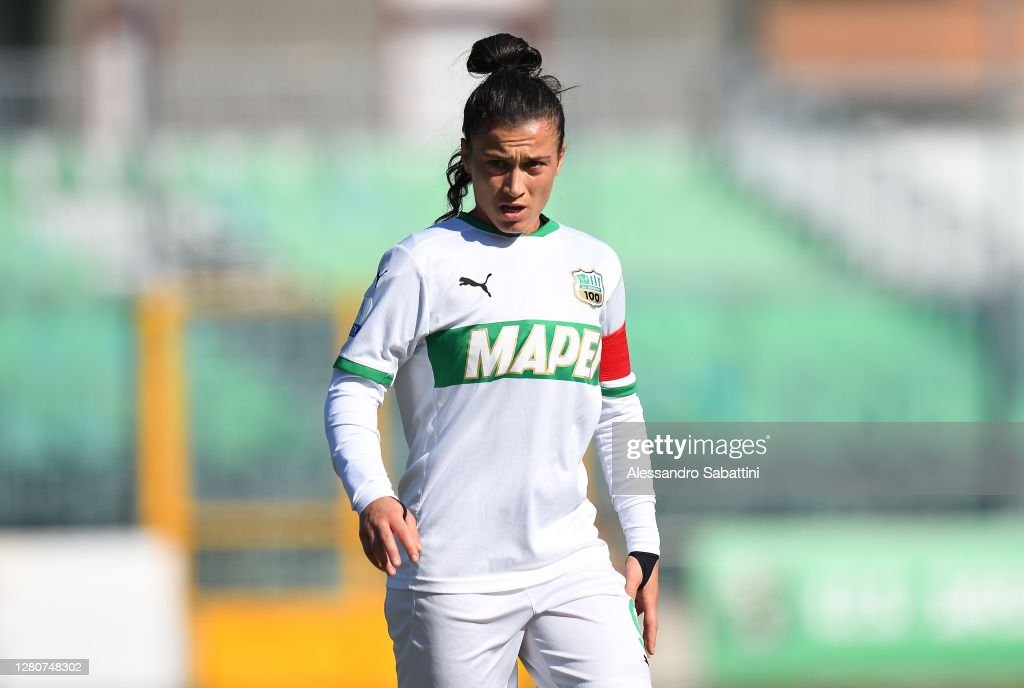 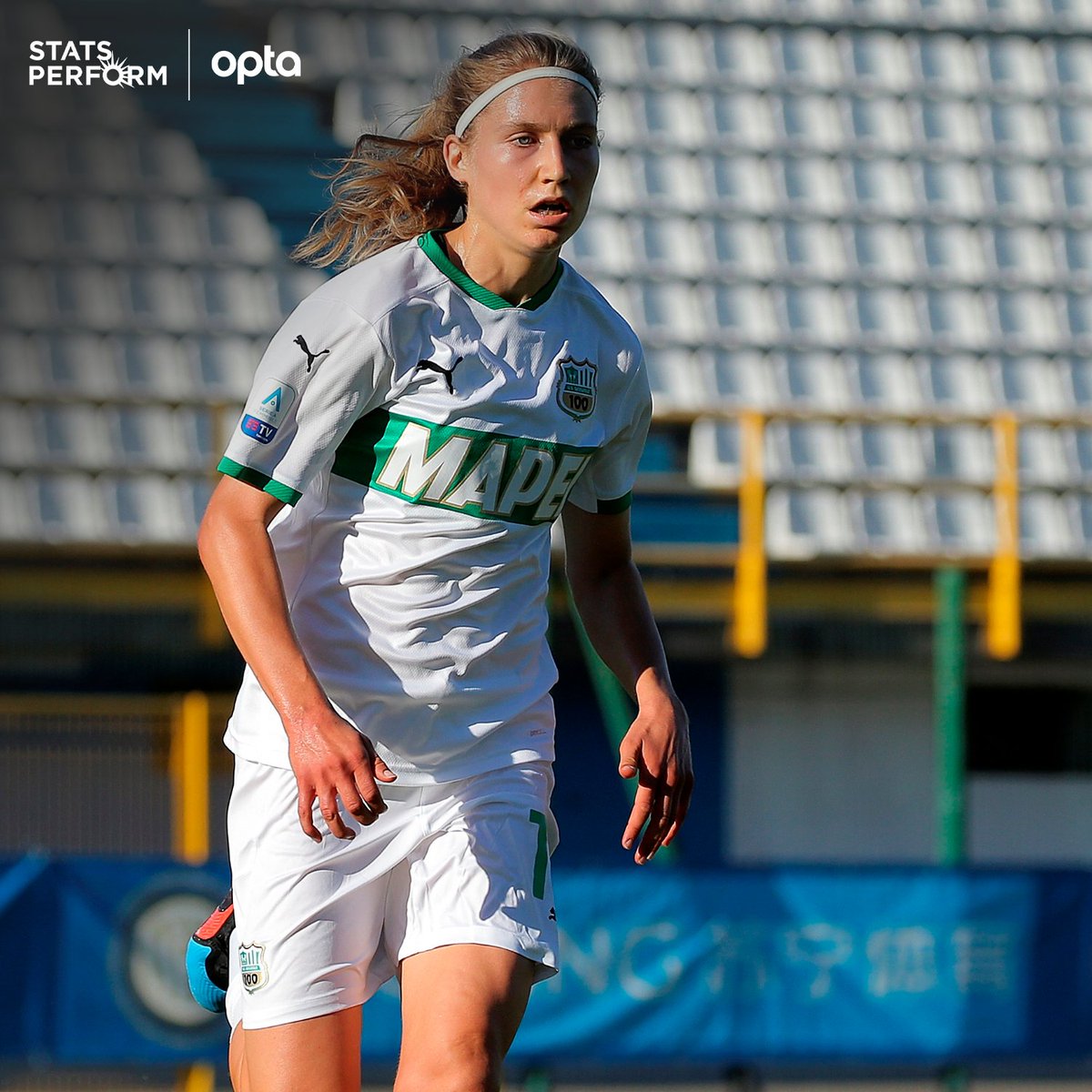 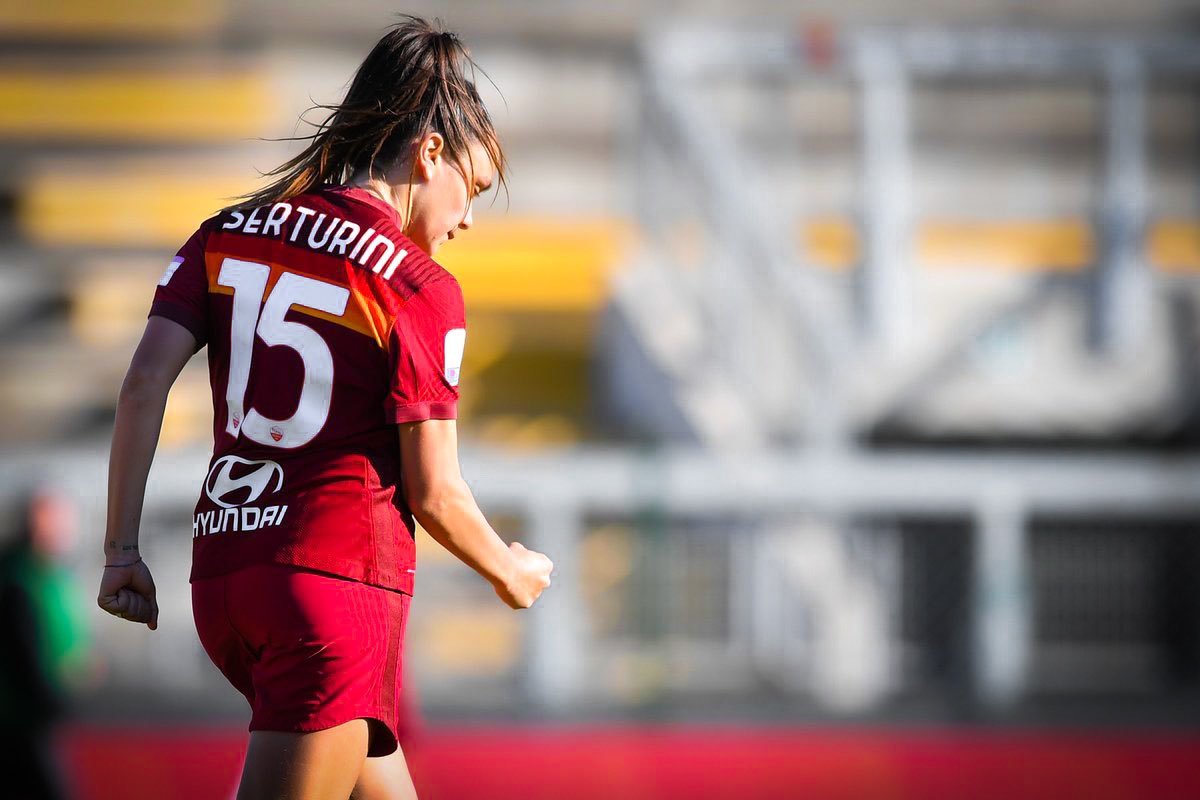 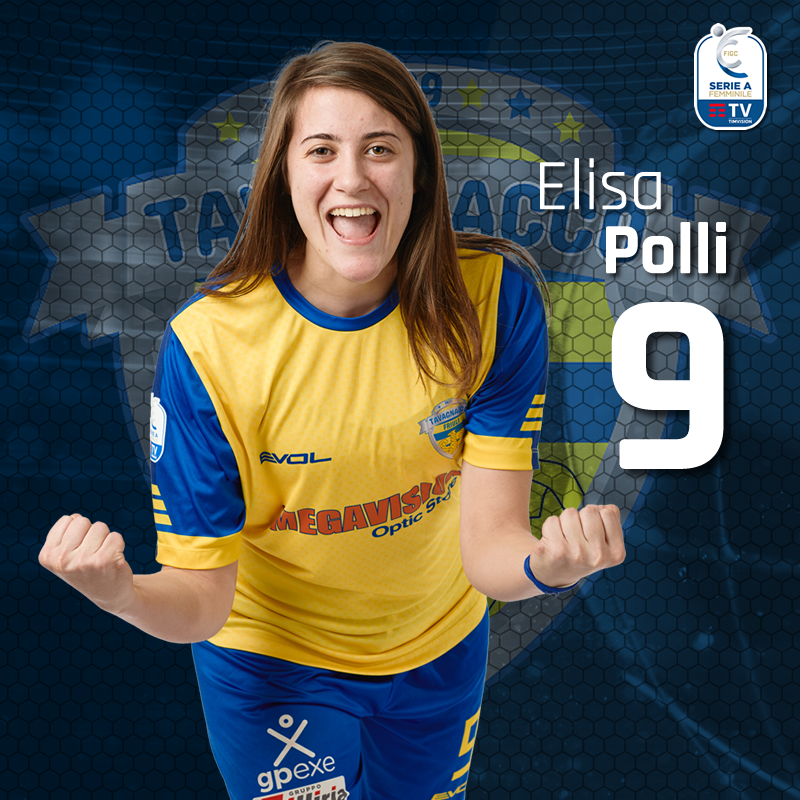