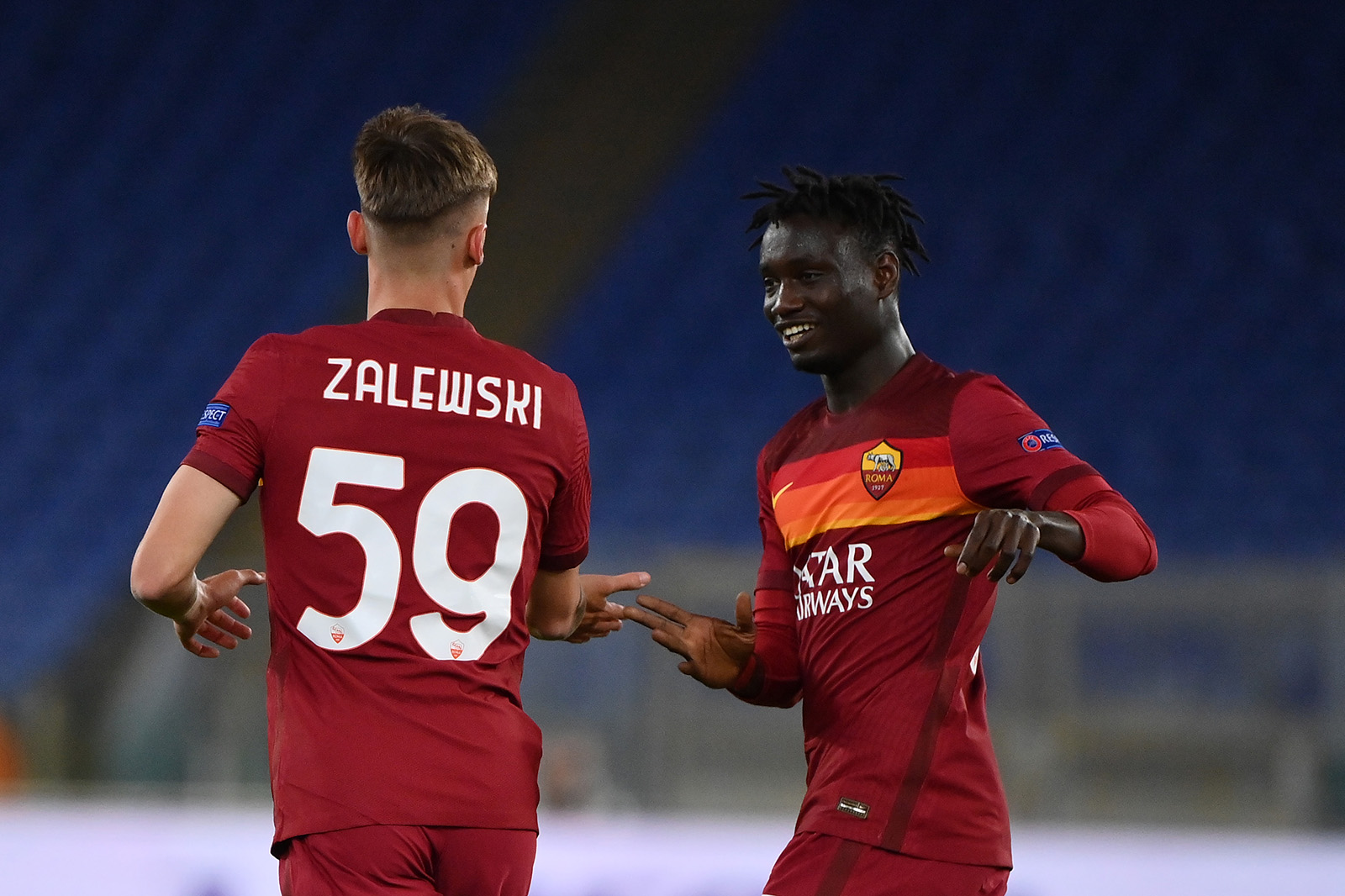 Roma seems to have their future in good hands with two teenagers last night making their European debut. Ebrima Darboe went through an awful lot to get to this moment, as things were not as optimistic just a few years ago. The Gambian midfielder made his League debut on Sunday night and made his European debut last night. He has had an incredible story to get to where he is now. It looks like you will be a part of Roma’s future, certainly something that he has been looking forward to his entire life after going through some rough beginnings. He left his birth country at the age of 14 alone, arriving in Liberia before arriving in Italy as a refugee; after a six-month Journey, he started playing football as an amateur Club until eventually going to Roma in the summer of 2017, he made his Primavera debut and signed his first professional contract that summer he got the first minutes of his career on Sunday against them Sampdoria and then played a vital role in Roma’s victory in Europa League last night. Not only is his story incredible, but he played a very promising 55 minutes last night. Looked highly confident on the ball have the optimism and the confidence of someone much older. His talent was on full display; he showed his creativity in the Midfield and looked like a player that could be a regular for Roma the rest of the season and indeed the opportunity to make an impact during the next campaign. In addition, polish midfielder Nicola Zalewski made his debut for Roma; he has been a scoring machine for the Roma primavera but has yet to play a minute for Roma this season. He made his professional debut last night; coming off the bench in the final 15 minutes, the Polish 19-year-old ended up scoring to give Roma a third a dream debut for an Exceptional Talent. With Zalewski and Ebrima Darboe, it seems Roma has some real talent in the primavera only be a matter of time before the two of them are featured in more regularly; it was a fantastic moment for the both of them to make their European debut together and an encouraging performance winning against Manchester United Roma did not qualify obviously, but they can take positives from the performance of their teenage pair. It was a moment that both youngsters will remember for a long time. Hopefully, Roma has plans for them in the future, and they seem to have what it takes to become a vital part of Roma; they’re going to have to wait and continue to develop their game, but Roma certainly have something special with both of them that was abundantly clear last night. 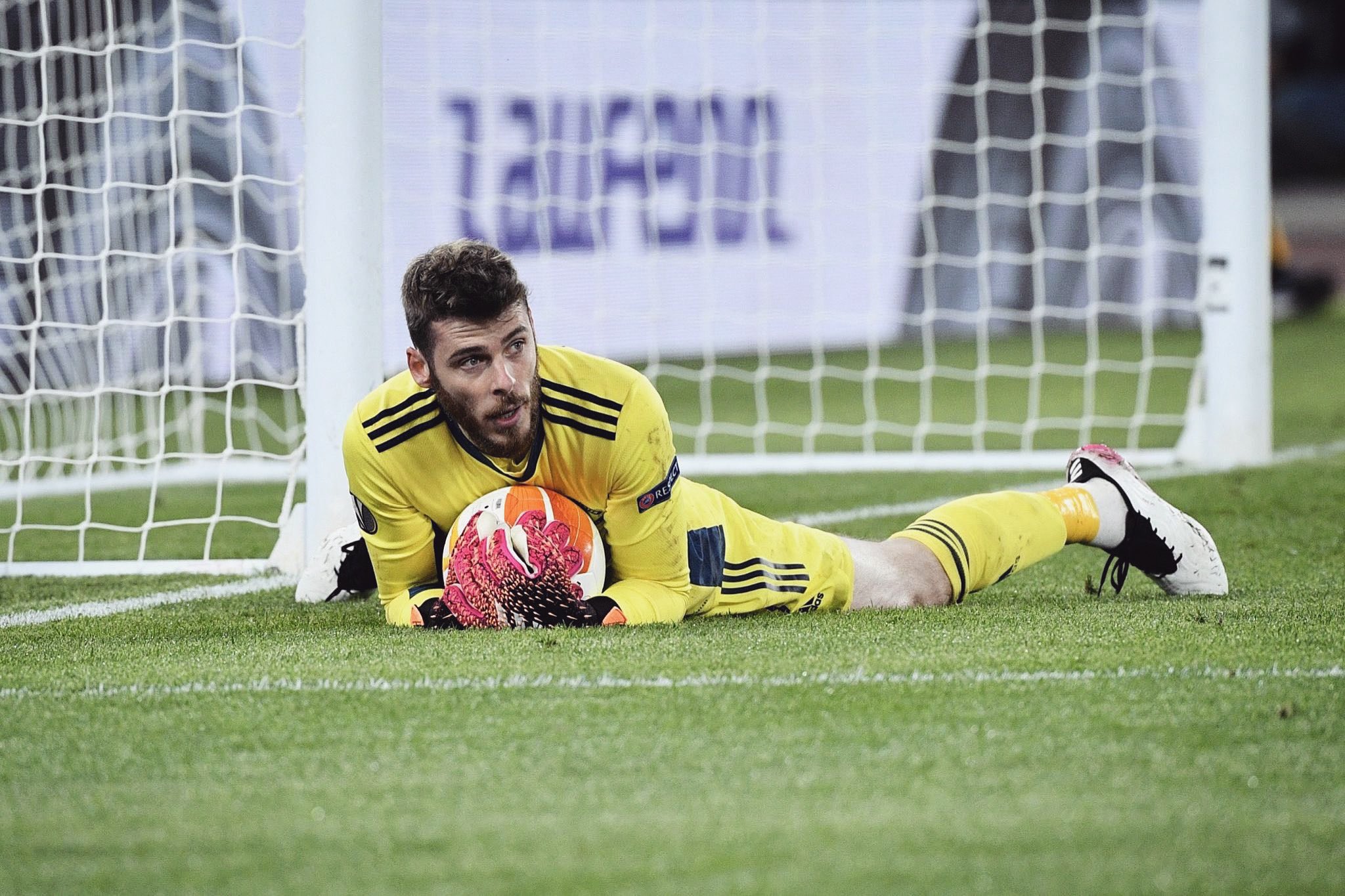 David de Gea denied Roma the possibility of overturning a 6-2 deficit. Roma outplayed Manchester United for the duration of the 90 minutes played at the Stadio Olimpico on Thursday night. They were significantly the better team and made Manchester United uncomfortable on a somewhat regular basis. Even though man united had mutually qualified through their big victory in the first leg, Roma came after them, applied aggressiveness, and made things incredibly uncomfortable. They quite honestly, it was one of Roma’s best performances of the season. Even though it was going to be incredibly difficult, Roma had enough chances in this game to do the impossible; even if they converted a few more, it probably would be unlikely but not out of the question based on the way they played. David de Gea pulled off a vintage performance. For an area of time, David de Gea was the best goalkeeper in the world; he has won everything there is to win at Manchester United; he was the driving force behind a lot of the trophies that the club ended up winning. It is likely to be his last year Manchester United as the higher-ups around the club seem to prefer Dean Henderson at this point. Nonetheless, even though he’s not the goalkeeper he once was, he had a world-class performance that continually kept Roma at arm’s length. David de Gea was hounded at the stadio olimpico. The Spanish goalkeeper faced 22 shots on goal 13 of the On Target. Roma probably could have scored another two, maybe three goals, had he not been absolutely ridiculous. As I said, Roma was the dominant force in this game and had so many opportunities to break through the reflexes of the Manchester United Legend got in the way Roma pulling off history. The double save that he made on edin Dzeko and Pedro Rodriguez was something special. He kept Roma frustrated all evening, and even though he did concede three goals and Roma did lose the game, his goalkeeping display prevented Rama from potentially overturning it. Roma had enough chances to get the goals necessary to get themselves into the final they were determined as Manchester United were second-best all evening it was the individual brilliance that made the biggest difference David de Gea ironically is a transfer target for Jose Mourinho at Roma next season, but after that performance, I think Manchester United should re-evaluate their stance on the long time goalkeeper. Roma nearly saved the Titanic, but the unreal performance from the goalkeeper is the core reason why Manchester United is in the Europa League final.

Roma go down fighting until the end 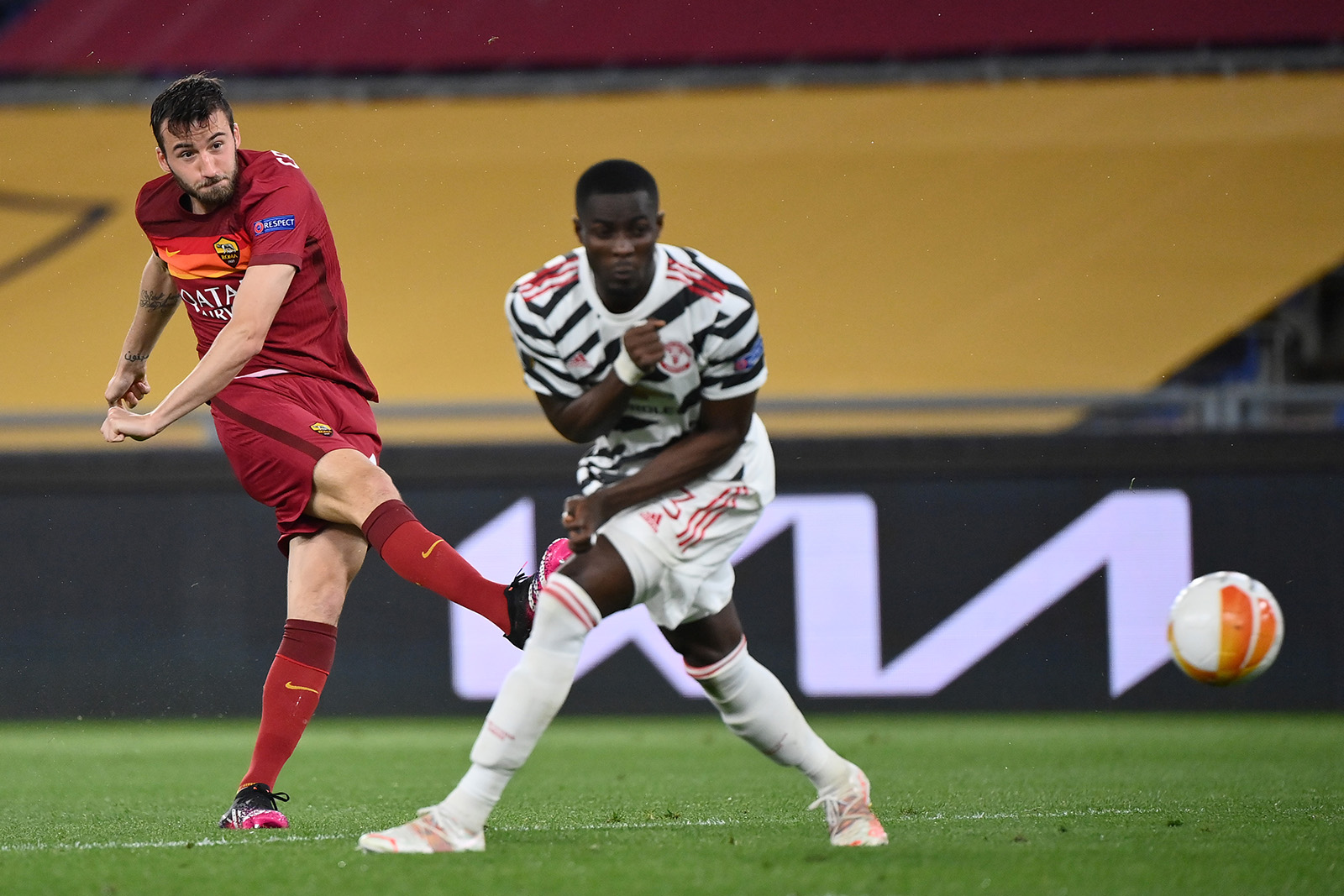 It’s always challenging and problematic when you are fighting against the impossible that’s what Roma had on their plate in the Europa League second leg of the semi-final on Thursday. The opportunity for Roma to come back with certainly there, but it was improbable. Roma is a team that has come back in European games like this before. The historical for one comeback against Barcelona nearly coming back from 5-2 down to Liverpool in a Champions League semi-final. However, the Roma that Difrancesco had during that Champions League campaign is hugely different from the one that Roma has now. This is a team that is currently 7th place in Serie A and is unlikely to make European football of any sort outside of the conference League. It wasn’t a reason to legitimately believe that Roma could overturn this Manchester United considering the situation. Even though it did not help how many injuries Roma have suffered in these two games, the scoreline could have been a lot closer, and maybe Roma could have one under other circumstances. However, strictly speaking, Rome would need to overturn a four-goal deficit to make the Europa League final when you get in a situation like this. It’s imperative to at the very least show the fight and determination that they did on Thursday night. Going into last night’s game, it was even hard to believe that room would win this game even if it wouldn’t have made a difference. Roma should be very prideful about how they played and keep their head held high Manchester United went through and are going to the Europa League final, but Roma made it difficult. With a more suitable defense and a starting goalkeeper, maybe they would have even turned it around or nearly cut off. Manchester United had the big lead and scored twice through Edinson Cavani, who always seem to haunt Roma. However, Roma significantly outplayed Manchester United, and we’re the better team by a wide margin. Man united created hardly any chances all game while Roma’s spent the better half of 90 minutes launching a verbal assault on the Manchester United goal. David de Gea was out of this world and certainly would have scored a few more goals under other circumstances. The European Adventure is over for Roma, but Roma should be very prideful of this entire campaign. It certainly has been one at to remember especially considering Roma will not be in Europe next season. Some changes lie ahead with the appointment of Jose Mourinho, and the team will go through a makeover in the summer indeed with his arrival. Paulo Fonseca deserves a lot of credit for this Europa League campaign, and under other circumstances, he probably would have had more success in the Italian capital. He got Roma to a European semi-final; only Eusebio DiFrancesco can say that. I’m not saying Fonseca was amazing for Roma, but in Europe, especially this season, he was able to thrive. The most important thing for Roma wasn’t going down with a fight; they gave everything they had for 90 minutes even though it leads to their elimination; not only did they win the game, but they outplayed Manchester United they say Silliman Nation but didn’t go down without a battle until the end.