Wolfsburg Closing in on Champions League

Wolfsburg makes a big statement against a European hopeful Union Berlin. Union Berlin has been one of the most underrated teams in German football this season. They have been able to handle them though quite nicely this campaign. They have an opportunity to be in a European competition of some sort that probably won’t be for Europa League or the champions. Still, the new competition UEFFA conference League it’s something that most teams would roll their eyes at. Still, it seemed like Union Berlin would definitely take advantage of the opportunity of playing in a continental competition like that. They’re a tough team that has given some hard times to a lot of of the best teams in the Bundesliga. They got two draws against Bayern Munich they are a powerful team. They have a lot of quality there, and the exciting thing and why this is so important is Wolfsburg was able to handle them without difficulty. Union Berlin had some high-quality chances throughout the game but could not capitalize on them. That could be a big difference, but at the same time, Josip brekalo scored a hat-trick with three insane goals, so it’s not like you Union Berlin did anything inherently wrong. Wolfsburg just made light work out them. The Champions League Chase for Wolfsburg gets more heat as they play RB Leipzig next Sunday; however this was a big statement made against an excellent team. Wolfsburg, were in control of this thing from the very beginning and could not be denied. The most interesting thing of all of this was there able to play so well without their best player Weghorst; he did not have his best outing and missed several opportunities to score himself; he just wasn’t right again yet Wolfsburg was able to handle it incredible defensive display it again and obviously were able to take advantage of things on the attack. There turned out to be one of the best defensive teams in the league, and two scores three past Union Berlin is no small feat. In addition to that, Wolfsburg got some help as the lack of conviction from Frankfurt goes into their favor. Wolfsburg currently sits three points in front of Frankfurt, who is in fifth place and nearly could have gone even further, but Dortmund avoids a choke job with a late winner. With two games left for Wolfsburg, with Sunday’s match against RB Leipzig looking to be very important, there’s a possibility and should be some optimism of their chances to make the Champions League next season. It would be their first campaign and many years, and they have earned it this season. Dortmund is still on their tails, just one point behind but with Frankfort dropping points, Wolfsburg beat RB Leipzig they will confirm it champions league for next season. They played against a very strong team and made it look simple as Wolfsburg Champions League Ambitions are nearly met. 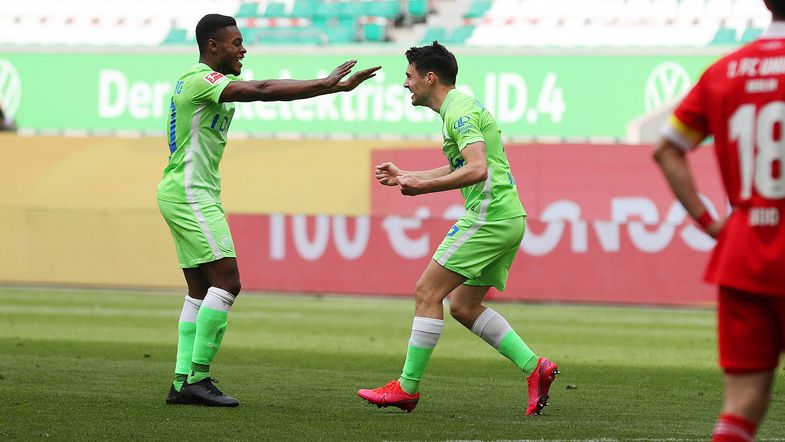 Josip brekalo would be the hero for Wolfsburg in a massive Victory against Union Berlin that enhances their Champions League Chase. Wolfsburg are steering Champions League football straight in the face, and now were closing in on the possibility of getting back to the Champions League; it has been a long road for them; a team that used to be Champions League regulars almost fell to relegation a few years ago before pulling the team out from beneath. This year we have seen a Wolfsburg team that continues to impress all of us. It was a tremendous yet convincing Victory against Union Berlin in a European Chase of Their Own. However, the standout star was very unexpected. Wolfsburg’s main man is the Dutch scoring machine Weghorst; he has been one of the best strikers in the Bundesliga and has been a symbolism of consistency. However, the star last night was Josip brekalo, one of the most underrated players in the Bundesliga. He continues to show his impeccable form with four goals in his previous three games. The Croatian Winger is very explosive and even though he may not score in large numbers is very effective in a multitude of areas. This is why teams are very interested in bringing the 22-year-old to their respective clubs. Before I progressed further, I want to outline this particular point. Wolfsburg has to do whatever it takes to keep him at the Volkswagen Arena; he may not be their Superstar, and they may have a lot of other good pieces, but he is and vital piece of this team. He’s simple; he simplifies things for Wolfsburg’s big star. He is somebody that can be influential in more ways than just scoring goals. Against Union Berlin, we saw something spectacular. The Croatian in his 100th game managed to pull off a very impressive hatrick. Scoring three something that he is never done in his career. He continues to fly under the radar and be one of the most exciting players in the Bundesliga. He has been on the rise for several seasons now, and it’s only a matter of time before he explodes. He has been phenomenal this season, but the scoring numbers are down up until recently. But the thing you have to understand about his game is it’s more than goals and assist; he provides a certain level of energy that not many players at his position possess. He has exceptional movement. When he has space, he can facilitate opportunities to his teammates and score some of his own, something that we saw on three different occasions against Union Berlin. It’s been a very long time since I’ve seen a hat trick with three goals that had incredible difficulty with in the same game. Displaying unbelievable quality, and that I’m not sure he’s ever played a better game, he was on form and up for it and was not going to be denied on the first goal hitting a rocket well outside the box into the top corner, a screamer that only had a 5% goal probability. Then in the second half, he added two more a bombs from just inside the box, shifting out of the reach of the goalkeeper, that one being an 8% goal probability. Then he ended his game with a beautiful run inside the box, finding the rebound off his own shot before picking out the bottom corner to pull up his hat trick; he has been on a terrific run of form. Still, nothing was better than the 90 minutes he played against Union Berlin. Wolfsburg needs to do whatever they can to hold on to their next season; they are going to need a weapon like that for next season. He may be a little undersized, but he makes up for it with his Raw speed and ability; the scary thing is still relatively young and still working on his development, but this week he was not going to be denied one of the most outstanding performances we saw in European football this week he understood the importance of this game and was just on another level. This will only build the confidence of the team that continues to be in a dogfight for Champions League football; they have a tough match next week against RB Leipzig, a match they will be relying on him heavily coming off two really good performances we should expect to see him finish the season strong. This is the first time I’ve recognized him this season; it’s been a little up and down, a little inconsistent, but during the second half of the season, he just been a completely different player, and I think we saw that in his performance against Union Berlin. 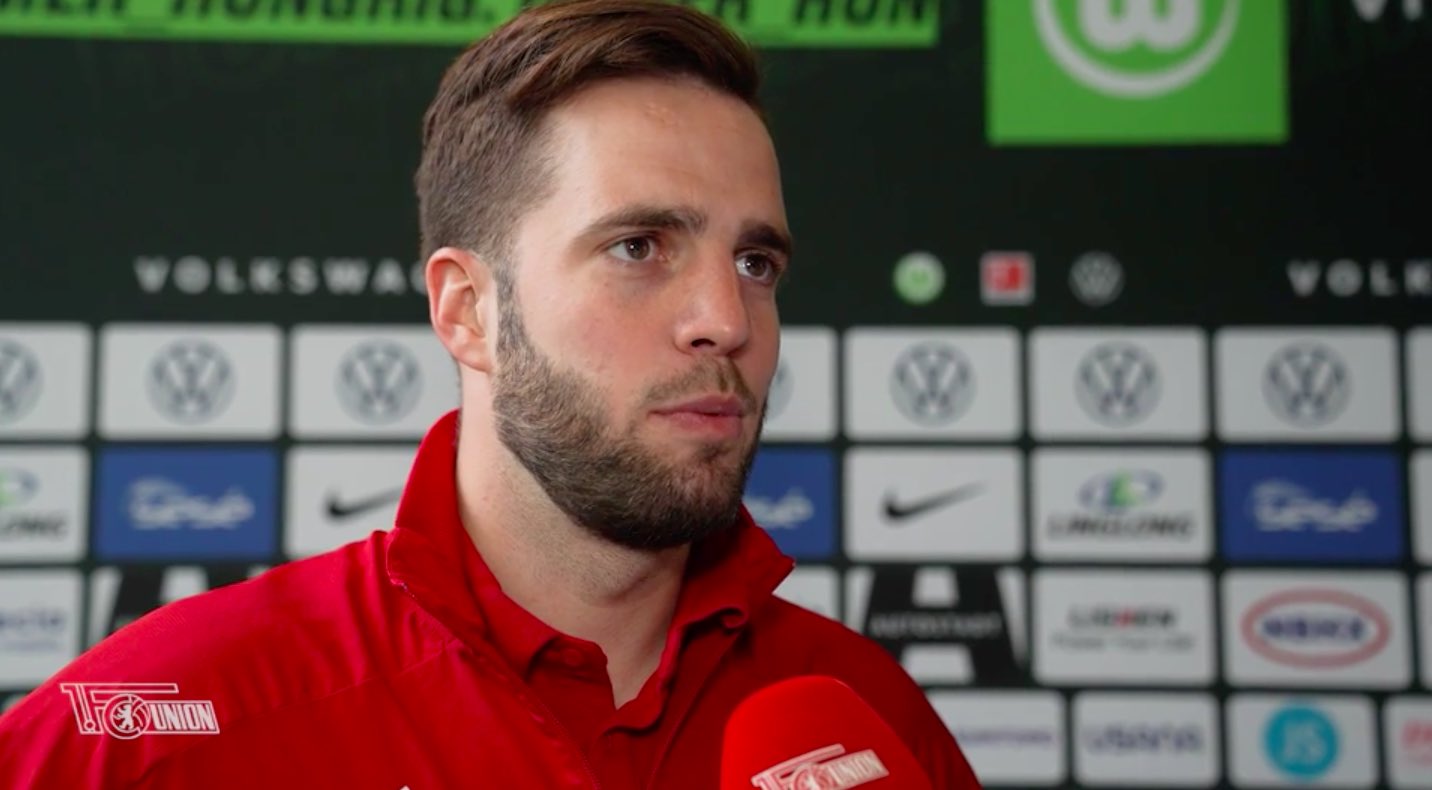 Union Berlin didn’t perform the way they would have liked to, but they had moments where they pressurized Wolfsburg. At the start of the second half, they got themselves into some perilous positions created and tried to find gaps in the Wolfsburg defense. This is always going to be a challenge, considering how consistent they are in the back four. Wolfsburg made it look easy, but all things considered, they only really pulled away at the start of the second half once they got their second goal, it was more or less over but prior to that, even in the first half, they only conceded the one go-to Josip brekalo. They were in the game up until Wolfsburg’s second goal, where they kind of just pulled away at the end. As far as their European Ambitions next season, they should still feel very comfortable about where they are. Some teams are not going to look at the UEFA conference League to add something that they want to be a part of; however, a team like Union Berlin has very little European experience whatsoever they want to compete with that. Fortunately, Gladbach was taking it to the cleaners by a Bayern Munich. Meaning both teams are equal on points, with Union Berlin still having a high possibility getting the last European spot in the Bundesliga. Union Berlin has been one of the biggest surprises of the season, and even though they don’t have a quote on quote Superstar player as a team, they have been very productive this season, and I suspect them to at least push for that last spot. In the end, their aim is for conference League now, and with just a few games left, I still think they have a high chance of getting that the Wolfsburg loss is unfortunate but it doesn’t knock them out or eliminate their ambitions they’re still staring at straight in the face and as long as they play together over the next two games they will find a way to get into Europe one way or another.