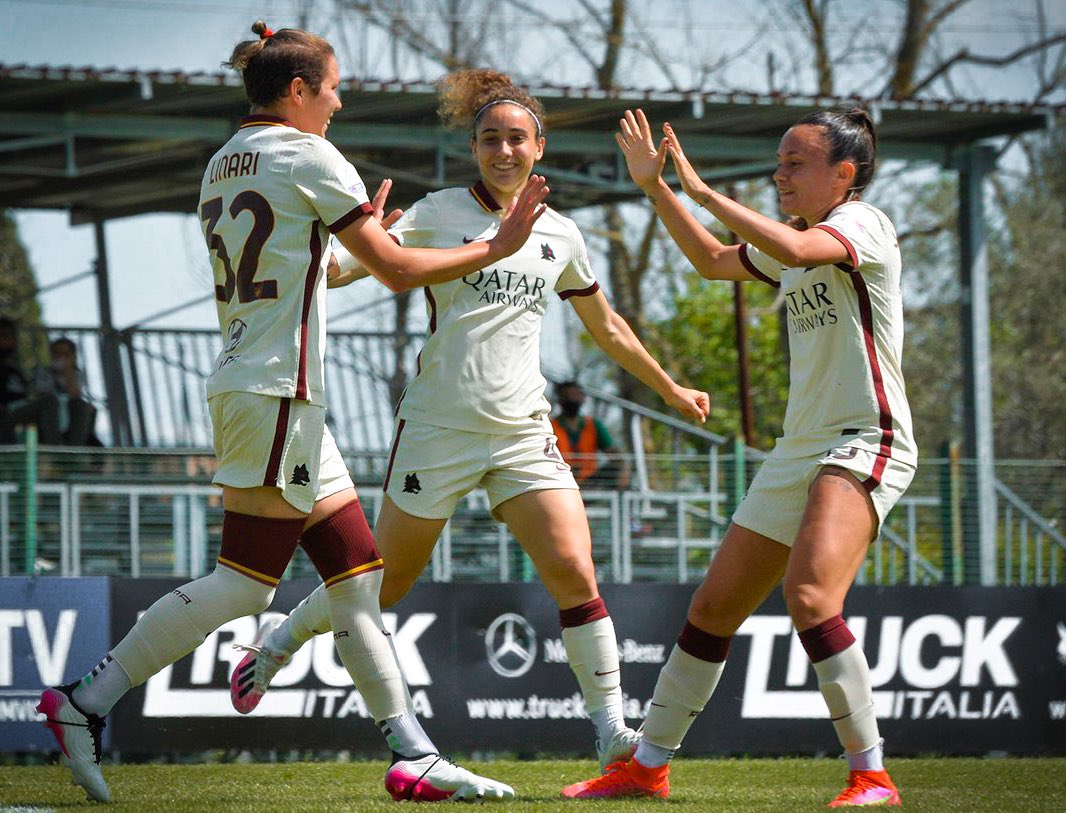 The Roma women are closing down their campaign with just a few matches left this season before their Coppa Italia final against AC Milan. Last week we got to see a dress rehearsal between AC Milan and Roma for the Coppa Italia final. In what was a 0-0 draw. Roma’s second half of the season has been quite good enough, but it came a little too late as Roma is undoubtedly out of the picture for Champions League football next season. However, they still should finish in the top four with may not mean much in women’s football, but it’s still a nice touch to what has been an up-and-down season. Last weekend they took on Florentia, a team at the bottom half of the table, a team in the middle of the table. During the earlier match this season, it was a 1-1 draw despite Roma having the majority of the chances in that game. It would be a challenge often; the most simple games can be the most challenging after this matchup; Roma would only have two matches left against Juventus and Napoli before the Coppa Italia final. They have enough breathing space to confirm a fourth-place finish, probably, but Fiorentina is just four points behind; it would turn out to be a match of importance but not so much so that drop point would be damaging. 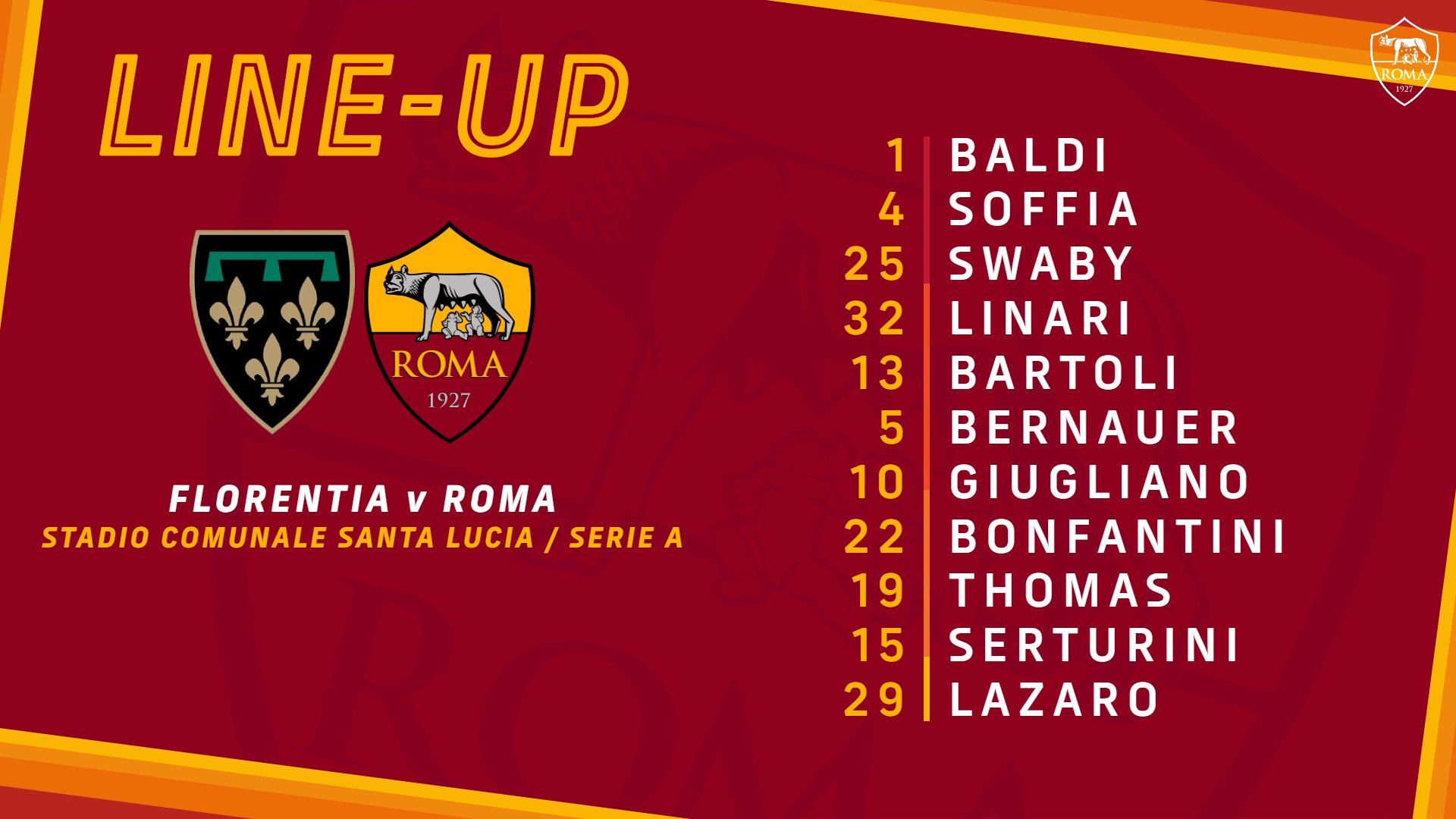 Roma dominated this match from start to finish; they had complete control of the game; the question was really going to be if they’re going to be able to finish off their chances. This has been Roma’s downfall this season. It took Roma just 9 minutes to get themselves in front. Coming off a corner, Linari scored her first goal for the club after joining in January from Bordeaux in France. She picked out the bottom corner on a one-touch strike from close range to give Roma a 1-0 lead. It seems like this was only going to be the beginning of a very one-sided affair; however, missed chances and missed opportunities would continue to haunt them. Roma has as much talent as any team in the league; the issue has always been being able to finish; hopefully, next season, they’ll be a little bit more composed in this respect, but it continues to be a problem, especially in games in which they initially lead. A few minutes past the half-hour, Mark Anna Serturini did a deep shot from well outside the box, trying to keep the goalkeeper on her toes, but the keeper managed to adjust to body positioning before making the save but the testy situation for the hosts. Lindsay Thomas, a minute later, broke through to the defense trying to square it for Lazaro; the Spanish International made her run too quickly trying to slide the ball into the bottom corner, but she misfired as you see absolute disgust and disappointment on her face as she put her hands on her forehead. She is Romas most dangerous goal-scorer; she is as dangerous as a forward as we have in the league butter finishing at times has it been somewhat of a problem if she can change that part of her game, she’ll be unstoppable, but that’s obviously a low moment for Roma’s most explosive player. It will come back to haunt them. Roma would concede a controversial penalty; there were questions as if the attacker was inside the box or if the foul caused her to fall down. Nonetheless, Fiorentina got a very controversial penalty that I’m not sure what’s one. The striker began to fall to the ground before any contact was made, but she did a good job of manipulating the referee. She stepped up and converted as they got their equalizer just before half-time. It was 1-1 after 45 minutes.

Pamela Lazaro try to catch the defense; she made a brilliant run getting into the box trying to look for the top Corner striking at a problematic angle; the goalkeeper managed to get her hands to it did not hang the opportunity but a very ambitious idea considering she was alone by herself passing really wasn’t an option in that circumstance. It became an onslaught of Roma chances, but most of them not on target, and they were playing against the clock. We saw Greggi return to the pitch for the first time since injury as Anna Serturini set her up shortly after coming on but did not have the power on the strike as it fell into the hands of the goalkeeper. It’s a poor shot, but it’s just great to see her back on the pitch again after missing the majority of the season. With not much time remaining, Soffia cracked a shot at the goalkeeper, making the save before getting her own rebound trying to curl it into the top corner had the power on the cross, just not the accuracy as it went a little wide of the goal and went out of bounds. Three minutes later, Linari ends up hitting the post coming off a corner with a bullet header. This allowed the host to get on the break with very little time left; the Roma defense was chasing down the attacker as she split the play despite being pressured to find an open teammate on a counter-attack, nearly finishing it off. Still, the goalkeeper made the save as the game ended in a 1-1 draw. A very disappointing results despite performance. Much like the first meeting, they could not convert in front of the goal despite having the majority of the ball and the chances. Manuela Giuliano was given the woman of the match for her work in the Midfield, getting her teammates in a position; unfortunately for her, her teammates just could not convert in front of a goal. It’s the gift and the curse of this team; they create more chances than almost anyone, but their conversion and clinical finishing just aren’t up to par; if Roma could just convert their chances, they would be a much more dangerous team. I’ll take it further A Roma team that converts their chances finishes second this season; it has been the thing that breaks their back in this campaign. Roma will play Juventus next weekend; a team that always turns up against Roma tries to build on this performance to get ready for that battle before Napoli. Then, the Coppa Italia final at the end of the season.

WOMEN OF THE MATCH: Manuela Giuliano 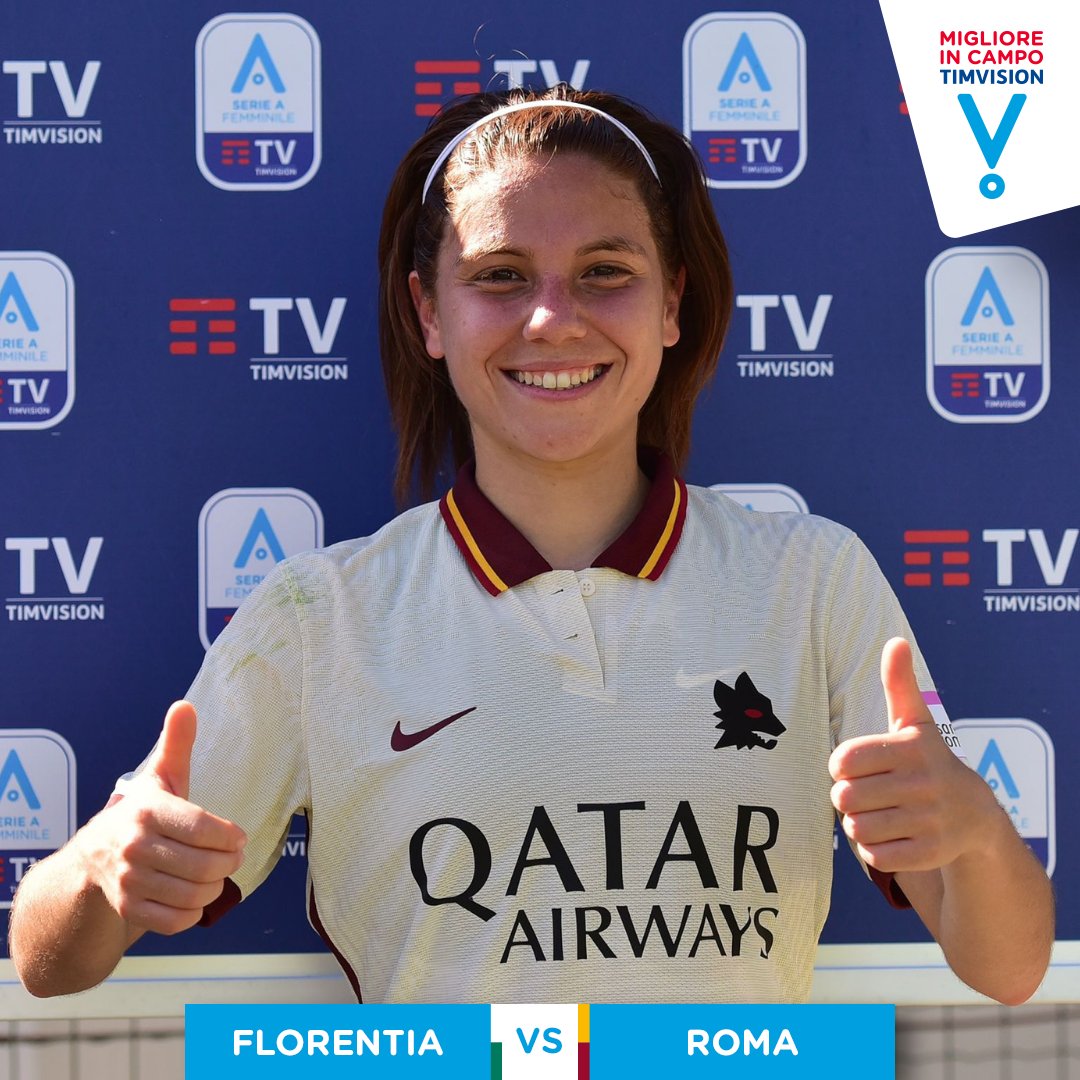