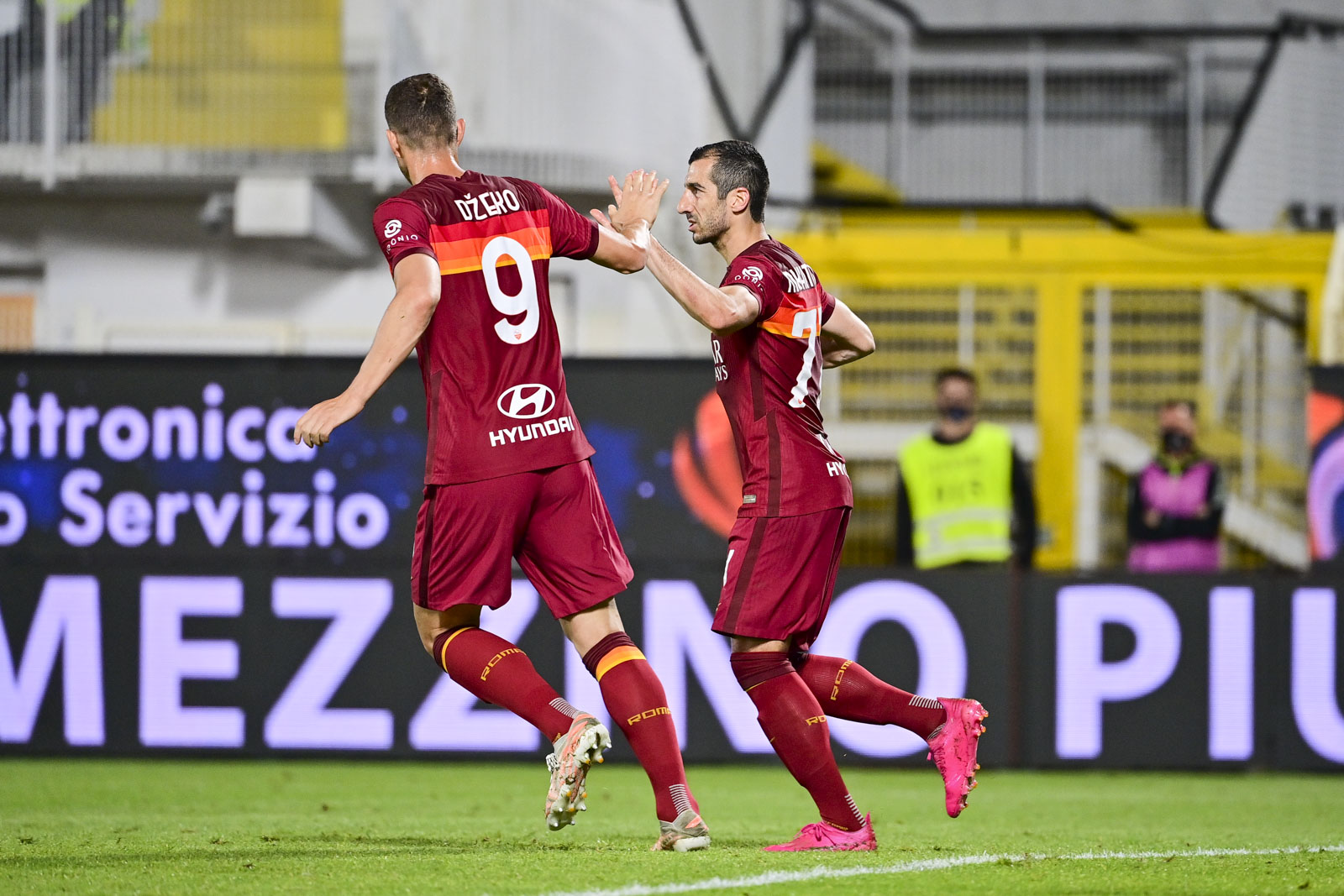 Roma were coming off a vital Derby victory over Lazio last Saturday had they traveled on the road this week for the final match of the Season against Spezia. The last match of the Paulo Fonseca era in Rome before Jose Mourinho comes in at the end of the season. Roma wanted to finish the season strong despite the result of the final game of the campaign not meaning anything in particular. In the earlier meeting at the Stadio Olimpico it was one of the games of the season in what turned out to be a 4-3 victory for Roma, who found a stoppage-time winner from Lorenzo Pellegrini. Roma is unbeaten in their last 27 games against newly-promoted sides in the final match of the season it was an opportunity for them to continue that. Spezia struck first in this game in fact; they were probably the better team in the first half. Scoring in the opening 10 minutes and then adding another before the break as Roma fell behind in the first half and there was some question whether they could turn it around and at least get a point. In the second half or more, emotion proves when after it and slowly started to Chip Away. Stephan El Shaarawy got a goal back for Roma to minimize the deficit. They continued to push and looked for that second goal it wasn’t clear whether or not it would come, but eventually, they found the moment. Edin Dzeko came off the bench playing perhaps his last game for Roma as he sets up Mkhitaryan for a goal with only minutes remaining as Roma comes from behind to earn a 2-2 draw against Spades. Roma finishes the season in 7th place, and the Paulo Fonseca era ends with a comeback in Spezia. It has been a difficult season and has had its share of uncomfortable moments, but Roma finishes strong with optimism and excitement regarding is season 2 coming out. A Farewell to Paulo Fonseca, as I wish him the best of luck in the future. 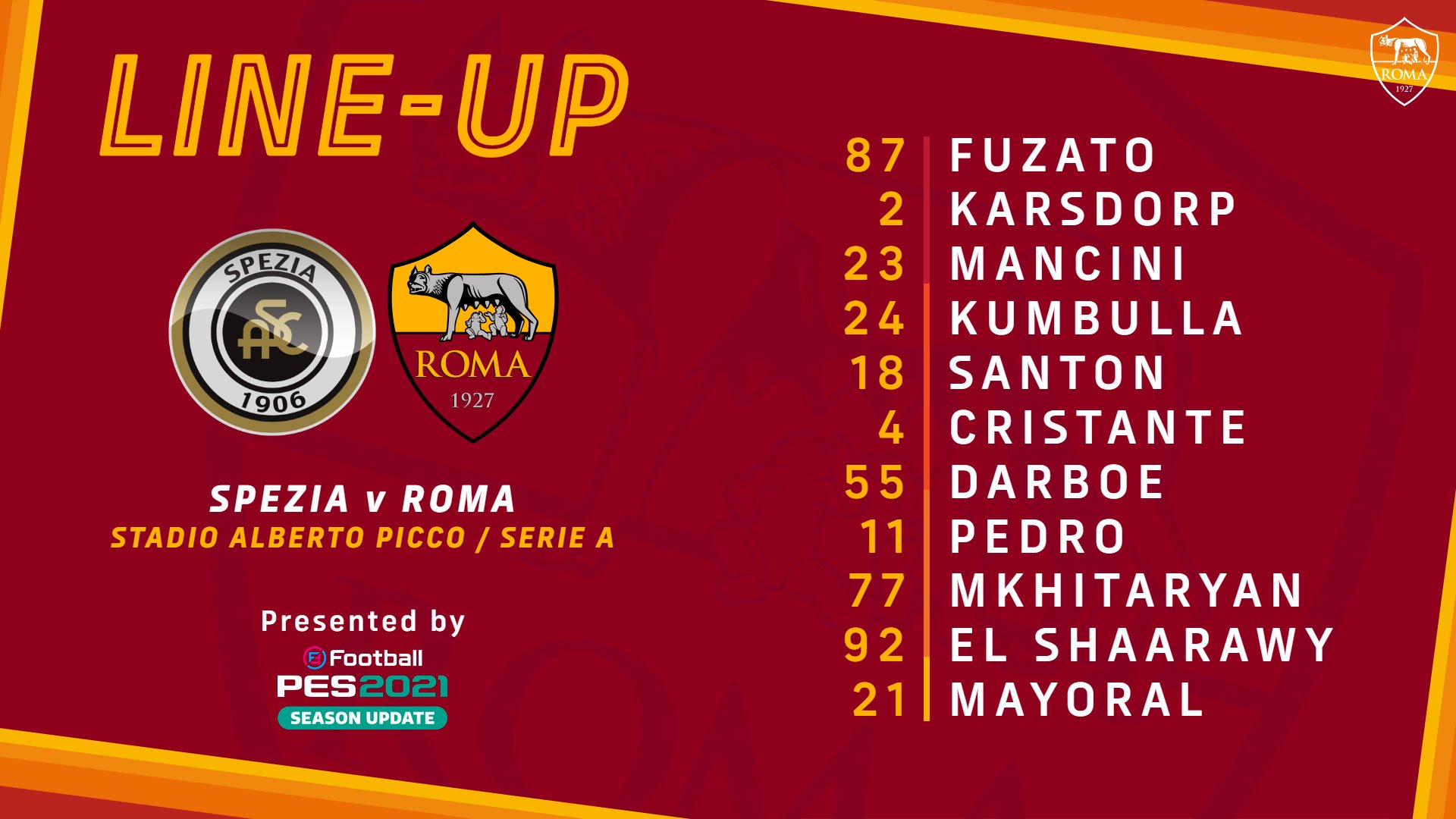 Roma would operate out of the 4-2-3-1 formation. In goal would be Daniel fuzato; the back four would consist of at right-back David Santon beside him would be the center-back partnership Gianluca Mancini and Rodger Ibanez at right-back would be the Flying Dutchman Rick karsdorp. The defensive Midfield Duo would be Bryan cristante alongside Darbo. In the attacking Midfield, centrally would be Mkhitaryan on the left would be Stephan El Shaarawy, then on the right would be Pedro Rodriguez. Upfront has Roma’s Central Striker would be bojar mayoral. 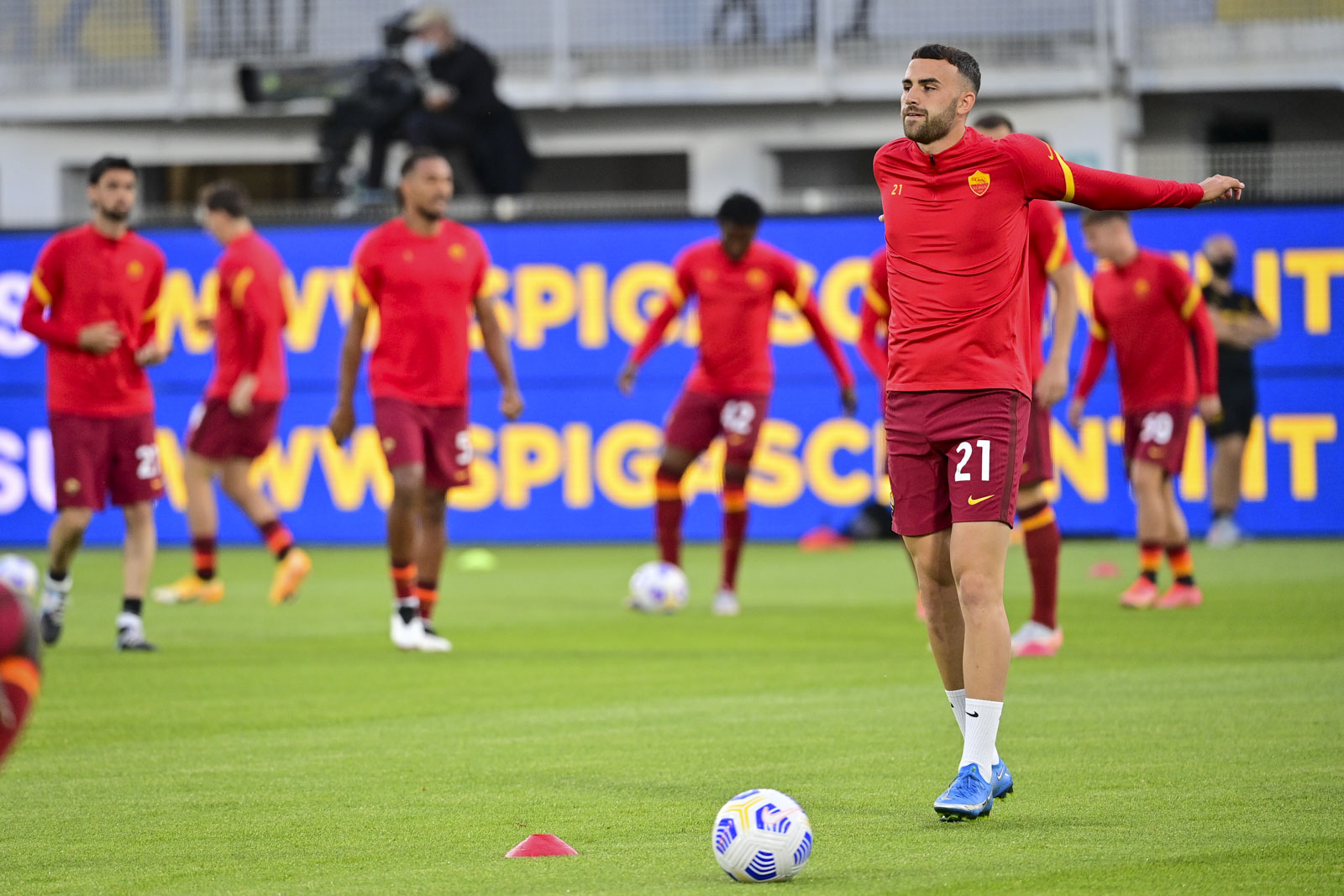 After preparations in predictions, the match got underway as Roma plays their final match of the season. Spezia took no time making their superiority felt following two very early chances they took the lead. Nzola set up Daniele Verde in the sixth minute, who beat the keeper, giving Spezia a 1-0 lead. They were the much better side during the first half and it showed early. They try to double their lead just minutes later as Tommaso Pobega saw a strike from Deep dealt with by Daniel fuzato. Roma eventually found themselves in the game has Pedro Rodriguez missed from deep, and then Stephan El Shaarawy was denied from the side of the box. It did seem like Rome was stealing the moment, and back when Gianluca Mancini came very close to hitting a powerful shot that the goalkeeper kept off the line. Roma’s momentum didn’t last very long Spades continue to go at them before ultimately doubling the lead in the 38th minute when Pobega strike from close range, coming from a corner, beat the keeper as they took a 2-0 lead ending the first half of play with Roma behind. 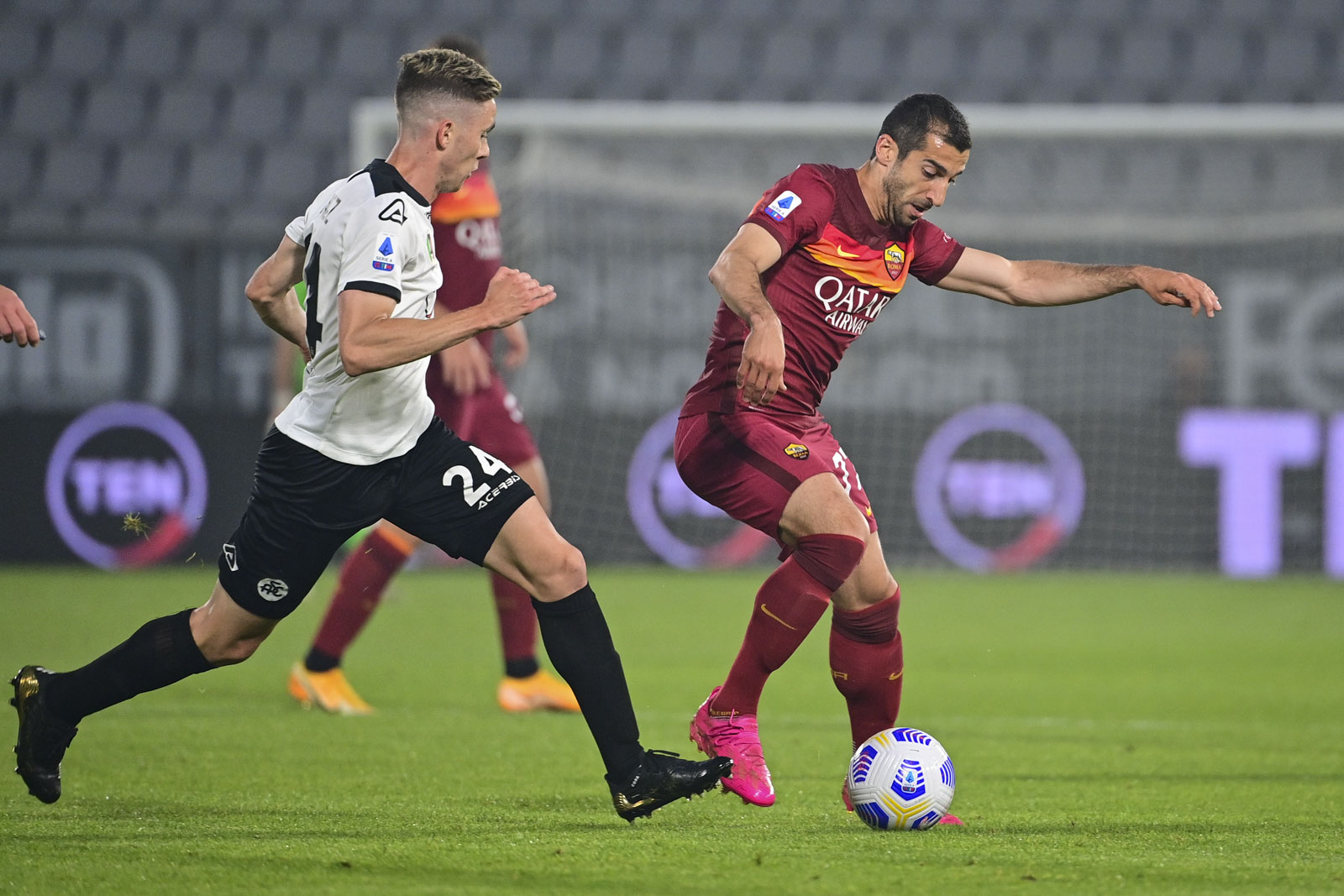 The match itself may not have meant that much, but Roma was behind by two goals already; if they were going to keep their unbeaten streak against newly-promoted sides, they would have to do much better in the second half. Bryan Reynolds enters the game at Halftime as Paulo Fonseca made his first sub. Things looked much better in the second half. Roma was playing with more confidence, had more space and time to operate, and eventually, they were going to breakthrough. Bojar mayoral saw a well-hit shot Saved By The Keeper as Roma continue to try to pressurize. Then in the 52nd minute, Stephan El Shaarawy found enough space the beat the keeper as Roma minimized the deficit as they got one back. Roma continues to be the much better team in the second half even though they had occasional chances as it Daniele Verde was denied shortly after Roma’s goal. Stephan El Shaarawy nearly added a second as henrikh Mkhitaryan set up his teammate, but the goalkeeper managed to deal with the situation. Roma made two changes as Darboe and bojar mayoral were replaced by Gonzalo Villar and edin Dzeko, who perhaps he’s making his final appearance in the Roma colors. Roma continues to get after it henrikh Mkhitaryan tested the waters with a deep strike but once again, the goalkeeper dealt with the situation. Then a few minutes later Pedro Rodriguez connects with edin dzeko on the cross. The Bosnian follow through on the header, but unfortunately, it went straight into a goalkeeper’s hands. Roma continued to put the pressure on with only 15 minutes remaining time was running out for them to find a late equalizer. Bryan cristante dropped the ball out of the air from inside the box on the verge of scoring Spades tried to reply, but Daniel fuzato made a tremendous save to keep things even. Rome was pushing forward but occasionally left themselves exposed as fade attempted to hit the counter on a couple of different occasions. Then in the 85th minute, edin Dzeko supplied perhaps his final moments for Roma as the Roma Legend made a brilliant run finding enough space to pick out a pass for henrikh Mkhitaryan, who found the back of the net as Roma got their equalizer. It would be his 15th goal of the season. But time ultimately ran out as Roma come from behind to earn a point and Paulo Fonseca’s final game in charge as Roma have to live with her seventh-place finish as the season come to an end with a 2-2 draw with Spezia. 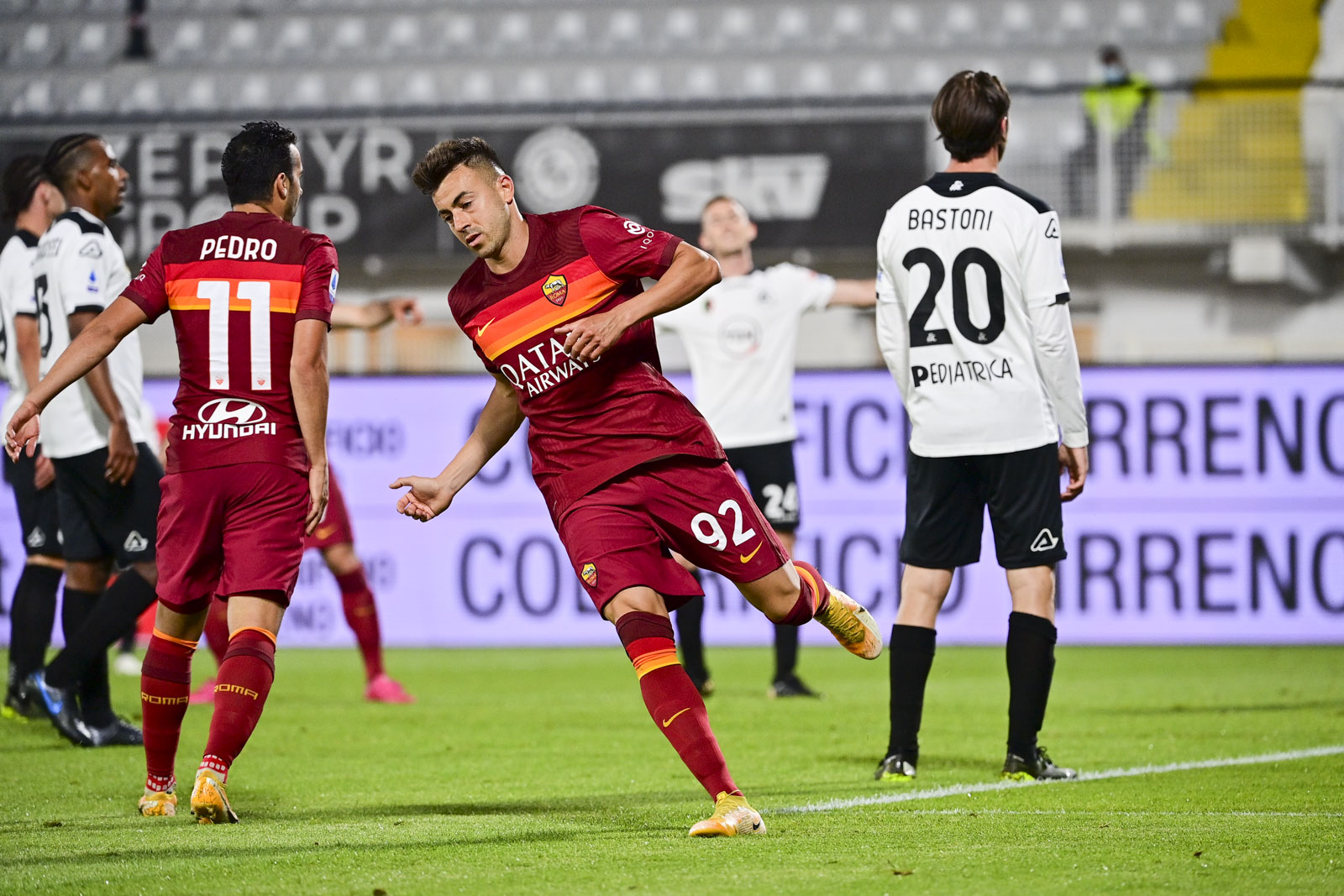 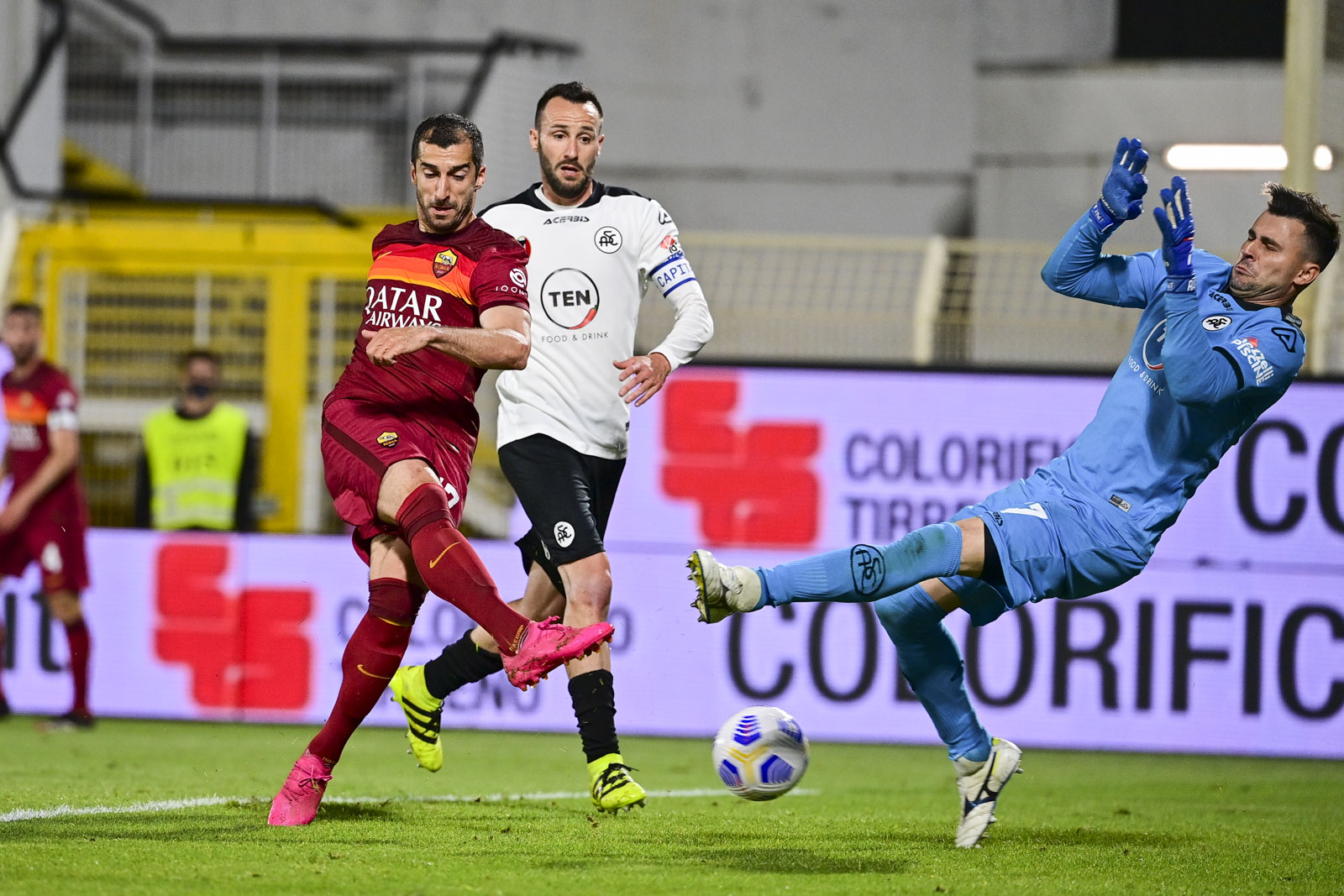 There’s not too much to take away from the match that took place this evening, considering there was nothing at stake for either team. However, it was the end I’ll be Paulo Fonseca era in Rome. Even though Roma failed to win the game they came back from two goals down to earn a point and to continue to keep their unbeaten form against the newly-promoted side intact it wasn’t a great performance in the first half. However, they came back in the second half and proved that this side still had some fight left for their former manager. It wasn’t all his fault why things did not work out in the Italian Capital Paulo Fonseca. I have faith he will have success in his next location. We also had to say goodbye to perhaps I Club Legend and edin Dzeko, who seems to be a step away from joining the Los Angeles Galaxy. He is the number three goal scorer of all time in Roma colors as he comes off the bench supplies and assists that set up The Equalizer. There was nothing more to prove or to be done with everything decided for Roma but coming back from two goals down as they split the points and end this season in High Spirits.

This evening will be Paulo Fonseca’s last game in charge.

Grazie Mister, for these two years together: two years in which we’ve had to deal with unprecedented challenges, without our fans beside us.

Good luck for the future – and let’s finish with a win tonight! 💛❤️#ASRoma pic.twitter.com/EXy9h4z23I