Robert Lewandowski is the best striker globally and one of the best we’ve seen in this generation. He is the definition of a scoring machine but what makes him incredibly special is he has the complete package he can distribute is runs inside the box or beautiful he can score in the air; he can score from the ground, and he can score from outside the box. He is historically great in German Football; he is on pace to be the all-time leading goal scorer in Bundesliga history if he keeps up this pace for another couple of years. Last season he scored 41 goals in the league, breaking a 49-year record of the German icon Gerd Muller who recently passed away. Robert Lewandowski is 33 years old; we keep expecting him just slow down or show some deterioration. It is eventually going to come; it’s only inevitable, but it hasn’t happened yet. He looks like he hasn’t missed a step and is as dominant and as consistent so far this season as he was all of last season. He already had seven goals in all competitions, and he has scored in every Bundesliga start this season. A goal against the Gladbach a brace against cologne but his performance against Hertha Berlin last weekend was his most impressive display this season. There were five goals in the Bundesliga following the weekend’s Victory against Hertha Berlin 7 in all competitions, coming off a 50-goal season in 2020 and a 48 Gold season last year, not to mention he missed three weeks of the injury. Bayern Munich looked dominant against Hertha Berlin. Scoring his first hat-trick of the season. Robert Lewandowski is one of the best players in the world, so it’s not something that should be considered unexpected, but the Brilliance of the goals was so thrilling to watch. Bayern Munich took the lead through Thomas Muller; even though Robert didn’t score, he made a brilliant run into the box, putting himself in perfect position, but Alphonso Davies set up Thomas Muller instead. Robert Lewandowski scored Bayern Munich’s second goal a display a high level of difficulty. The Polish International connected with his head out of the air, hitting the crossbar coming back into play. Robert Lewandowski shows great anticipation rising up and hitting with his head again as the ball goes into the back of the net. Jamal Musiala killed the game off with yet another Bayern Munich goal. Only to set up Robert Lewandowski’s second brilliant run by Leroy Sane as Robert Lewandowski was at the right place at the right time, making a run from very close range, sticking the ball in the back of the next. Robert Lewandowski then finished off his masterpiece with yet another highlight film through the air. Coming off a corner, Robert Lewandowski retrieves a header from just inside the Box before Robert himself rose up to put away a beautiful activated play by Bayern Munich, getting his hat-trick as Bayern Munich looks at their best. The first hat-trick of the season for Robert Lewandowski, the first of many, was one of the most impressive performances of any player this week. Obviously, the hat trick is really impressive, but once again, the Bayern Munich Superstar did all the little things constantly making noise runs into the box, referring to Thomas Muller on the opening goal and putting himself in danger Physicians especially through the air with two headed goals against Hertha Berlin. Robert Lewandowski will end up making a very regular appearance on this list with his performance this weekend in the Bundesliga it was a truly Fantastic performance one I don’t need to say this again because I made my stand very clear on this Robert Lewandowski is playing at a ridiculous level and from an individual perspective there’s not been a player better in 2021 that includes Lionel Messi Robert Lewandowski is the rightful owner of the Ballon d’Or hopefully trophies do not seduce the voters do it would be a travesty considering Robert Lewandowski has been the most consistent player in Europe the entire duration of 2021 the performance this weekend justifying all of it. 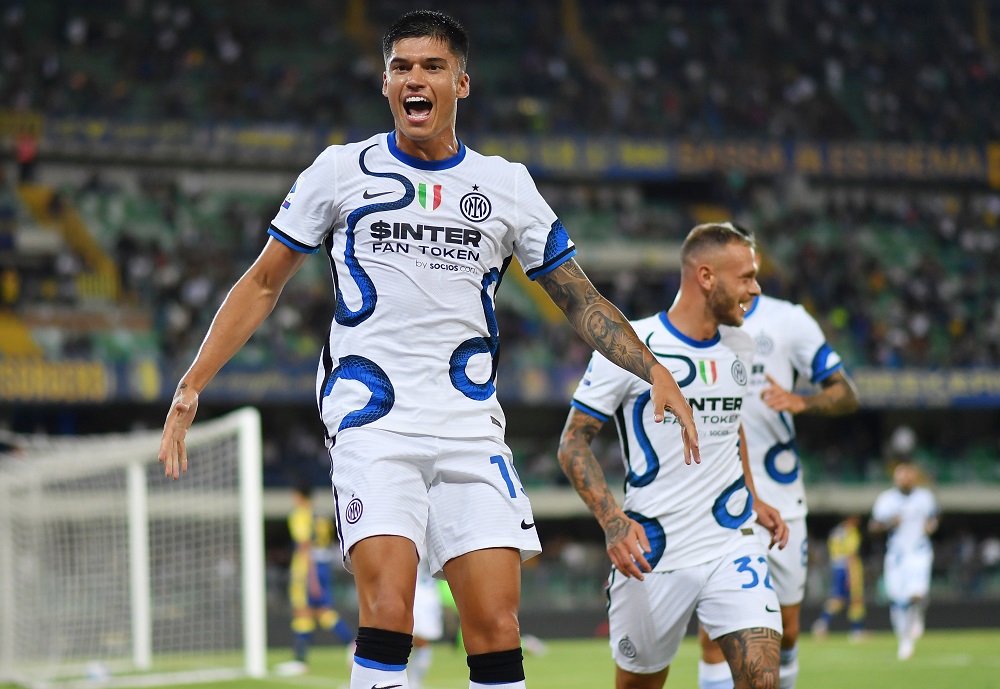 Inter Milan has gone through some challenging changes this summer. They lost Antonio Conte, the manager that instilled the winning values into a club that hasn’t had it for a long time. One of the most explosive wing-backs in European football and Hakimi moving to PSG for 70 million, and their best player romelu Lukaku, made a 97 million move to Chelsea. Inter Milan is in a financial situation and had to deal with some significant absentees; however, with some of the things I have come across over the last couple of weeks, Inter Milan could very well retain their title with the right additions. They look flawless against Genoa as edin Dzeko and Hakan, two new Inter Milan signing scoring on their debut. However, edin Dzeko is not the type of player who will give more than 10 goals this year; he may get 15, but this is not a 20-goal scorer for Inter Milan; he’s 36 years old his best years are behind him. Lataro Martinez will be the main man for Inter Milan regardless. However, Inter Milan still needed his add something to realistically Replace the goals and vacant by romelu Lukaku transfer to Chelsea. Inter Milan’s new manager is Simone Inzaghi, previously the coach at Lazio; this certainly helps with the negotiation of Carrera, The Versatile attacker from Lazio. The two Club had been in talks for weeks before finally agreeing on a loan with an obligation to buy a 30 million, adding a new element to The Inter Milan attack. This weekend against Hellas Verona was a perfect storm for the new Inter Milan attacker. Correa can play as the false nine on the wing and up front as an out-and-out striker. Inter Milan was in trouble early with a horrific Mistake by Samir handanovic. Inter Milan eventually got an equalizer through Lataro Martinez. However, Correa stole the show with an incredible man-of-the-match performance coming off the bench. Coming up big when the team needed him the most. The most exciting thing about him is his versatility is; he is not a Lethal goalscorer; he’s certainly capable of finding the back of the net pretty regularly and hitting double-digits practically every season, but if you look at the way he plays, it’s all the other things he does more than a guy who’s going to score like Lukaku. The Brilliance behind the move was because it adds another dimension two other attacking up; the guy that they can rely on this season to score high numbers is Martinez Carrera will potentially like to add two the goal scoring for Inter Milan, but even though they bought him for goals but mostly for all the other things he does. However, against Hellas Verona, he wasted absolutely no time. Comes off the bench immediately impact in the buildup of the play as well as finishing. He gets his head on the end of a cross played into the box to get into my life on the lead for the first time in the game. Then at the very death of the match, he came to the rescue again, creating good fluid passing between himself and teammates before cracking a strike from outside the box into the bottom corner. Inter Milan’s new signing played less than 30 minutes but came up big with two goals Off the Bench; it’s interesting to see what the role will be for him whether or not he’s going to be put into the starting lineup for they’re going to use him as super sub. Still, one thing is very clear he is very versatile, and you can see him coming up big in moments like these when Inter Milan needed him. He did not play a large amount of time, but he made it count with two goals Off the Bench. There may have been more impressive performances this week, according to stats. Still, in terms of the impact, Carrera showed exactly why Inter Milan was so desperate to get their hands on him a dream debut for the match-winner Correa. Inter Milan hopes more will come from the Copa America winner, who adds another dimension to The Inter Milan attack. 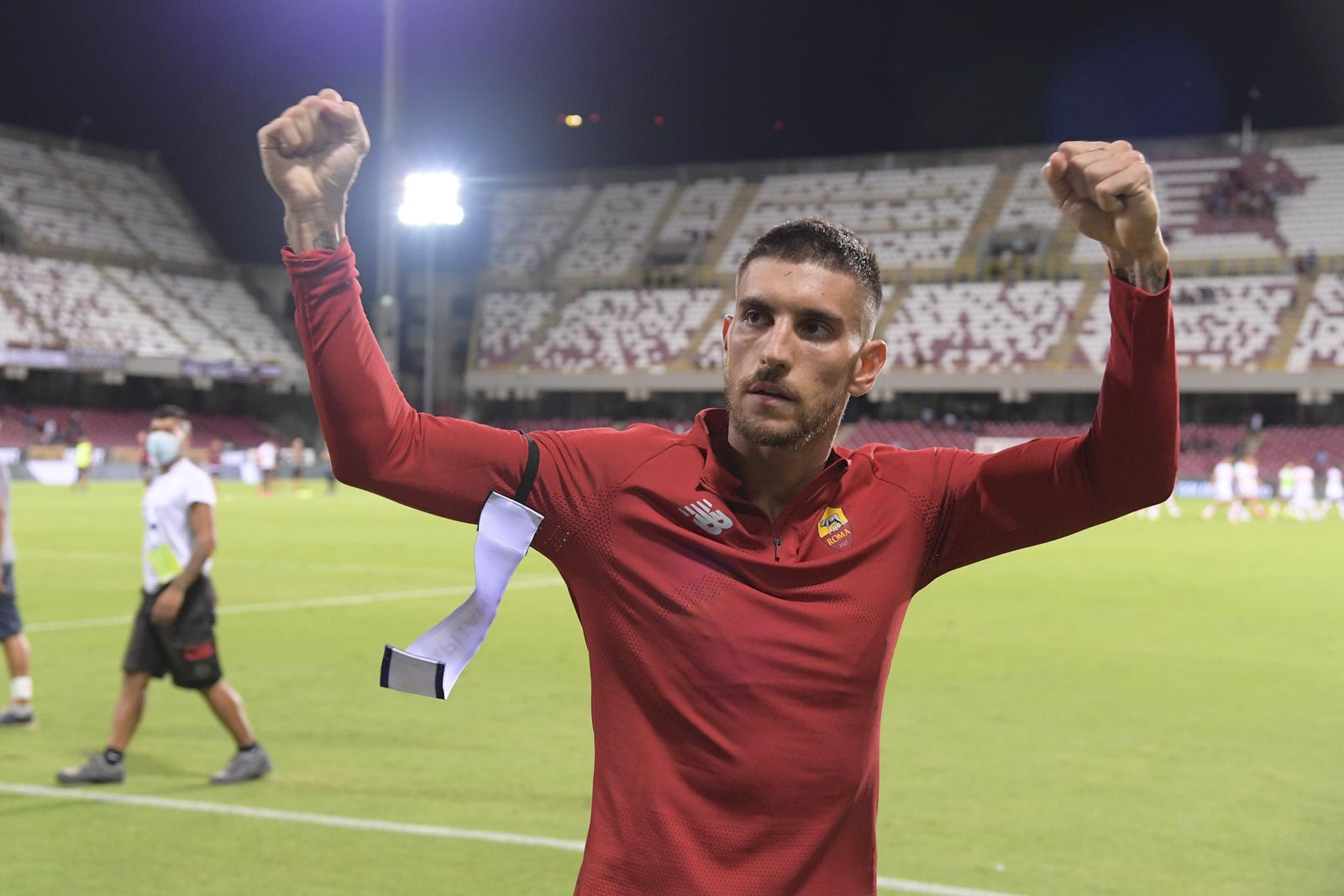